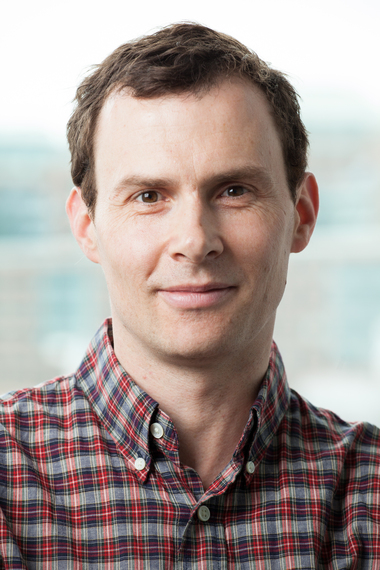 The winds of change sweep through the world from time to time: we saw it with Barack Obama being elected as the first African-American president. We saw it with the unexpected Brexit vote, and whilst I don't pretend my YOGIBANKER project to be as momentous as such life-defining events, in the context of the recent financial crisis and the legacy of scandals that have followed, proving that "bankers" can be kind, down-to-earth yogis is certainly plugging one extreme with another.

The reputation of bankers since these dark days has never been worse. Scandal after scandal has embroiled the industry to scales never seen before. Quite frankly, it's been a complete disaster. Combine that with greed and bonuses often paid on a multiple of basic income, you have a recipe for poison ivy in the views of the public, baying for blood.

And yet, the intense, competitive world of investment banking is populated with ordinary human beings. They have found themselves working in banking as a result of choices made at school and university. Some would say a lucky choice, however many pity the work life of the average city banker. It has been labelled 'brutal'. The raw fact is that those who work in investment banks around the world face a constant pressure to perform in an incredibly challenging, sometimes hostile environment. They need coping mechanisms.

That's not to say that doctors, nurses, air-traffic controllers and other challenging professions should be forgotten, but in the context of the average person who works in financial services, a case for compassion can be made, too.

Compassion is also at the heart of yoga. When practicing yoga, we are taking some time out for ourselves, finding the steadiness and stillness of our practice within the often hectic world around us. By taking that time out, we can redefine the boundaries of our working lives, and engage again when our mind is clear.

I've been working in the heart of global finance for over 15 years. I was in New York in 2007, in the epicentre of the financial crisis, when the whole catastrophe started to evolve and explode, taking down Lehman and a whole host of investment banks, and the rest of the global economy with it. I needed something to keep me sane, and I found yoga.

Nowadays I have a daily practice which consists of a 20-minute morning meditation, setting me up nicely for the day ahead. In the summer months, when the sun is high in the sky, I also have a daily asana practice, leaving me refreshed and upbeat. In the winter months, this is not possible, however my meditation practice continues as the rock which I can rely upon, that special time in my day.

For others, attending a weekly class is their 'time out'. We draw strength from such a practice, ready to re-engage with the world again. To this extent, taking our practice into our daily life is what yoga really is all about. Whatever is your chosen passion or profession, being present in your life whilst off the mat is the key.

What then do I have to offer in light of immense public scepticism and lack of trust? Is it really possible to turn things around and show us financial service workers in a different light? Well, of course. Anything is possible in this 24/7 world of news, social media and entertainment. So, being a yogi in an investment bank is no big deal. I believe it should actually be encouraged. I aim to spread the word and show other people in the City and elsewhere that there are wholesome alternatives to coping with stress, and I want to share what I've tried and tested.

I also want to show the public a different side to "people in Finance". With more bankers doing yoga, hopefully society will come to view us in the same light as all other members of society. That's not to wash over the past, but rather to start again.

Society needs healthy banks, responsible capitalism and a new set of values and beliefs. What better way to celebrate this idea, than by us bankers getting all 'down dog' on the mat.

Adessy Associates believes social and business objectives are mutually reinforcing. We equip and enable organisations and individuals to make positive change happen, and contribute to a sustainable future. We focus on benefit for people, planet and profit. Our bespoke services harness sustainability, innovation, consciousness and purpose. We are proudly B Corp certified.

About Scott Robinson
Scott Robinson has lived in London for the last 15 years. Initially from Sydney, Australia, Scott qualified as a lawyer and has worked for international law firms and investment banks in both London and New York. He now works in a regulatory capital related role at a leading global financial institution in the City of London.

Scott has found that the practice of yoga and all things holistic has really helped him manage stress and allow him to perform at an optimal level at the bank and wishes to share his knowledge and increase awareness of such practices. Scott's mission is also to show a different side to those who work in the financial services industry - to speak for the 'silent majority' who are hard working, honest individuals, and not be tarnished by the actions of a small minority who have brought the industry into disrepute.