Between 1961 and 1975, the United States waged war against the Viet Cong and their allies, and in the process defoliated the land and forests of Vietnam, as well as parts of Laos and Cambodia, with a toxic chemical cocktail known as Agent Orange. More than 50 years since the U.S. first launched its chemical warfare program in the Southeast Asian region, the tragedy of that brutal campaign lingers.

This week, about a fortnight after the 52nd anniversary of the start of the chemical warfare campaign in and around Vietnam, a heartbreaking photo series that captures the agony of Agent Orange victims has gone viral. Originally shot by American photographer Brian Driscoll back in the summer of 2008, the series -- entitled "Will It Ever End?" -- remains relevant and jarringly powerful, telling the stories of the ongoing tragedy of the people and their offspring whose lives continue to be ravaged by the destructive poison.

Citing numbers provided by the Vietnam Red Cross, the McClatchy Foreign Press reported in July that an estimated 3 million people spanning three generations have been affected by Agent Orange. At least 150,000 of these cases have been children born with severe birth defects since the war's end in 1975.

As Margorie Cohn, a professor at the Thomas Jefferson School of Law, noted earlier this month, there is medical evidence to suggest that "certain cancers (for example, soft tissue non-Hodgkin's Lymphoma), diabetes (type II) and in children spina bifida and other serious birth defects" are linked to the Agent Orange chemical mix, which contained dioxin, or as Cohn calls it, the "most toxic chemical known to science." 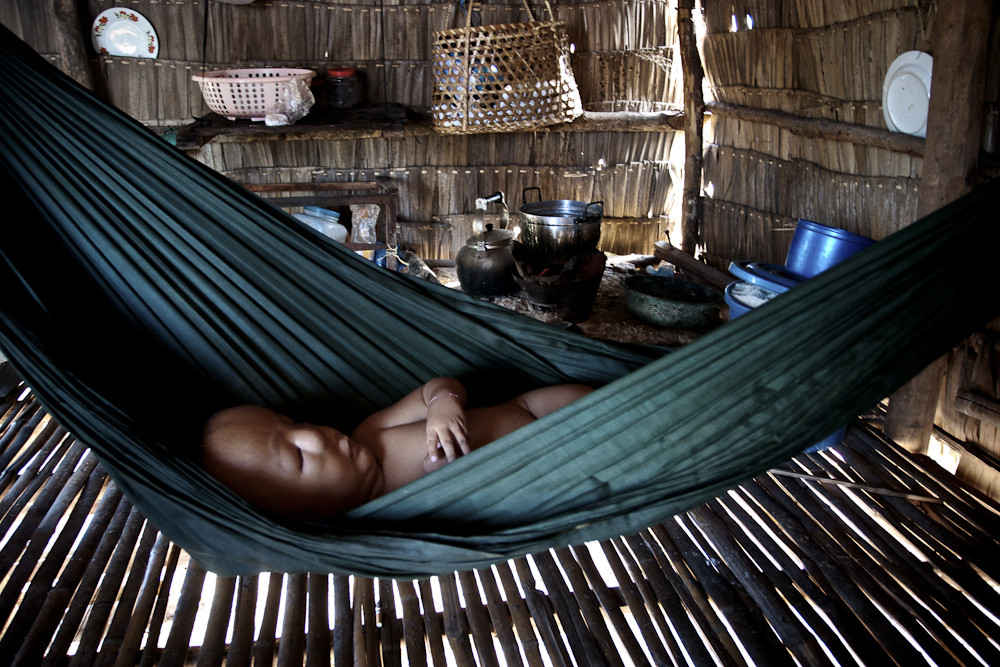 Phirum Ung, 5, a third-generation Agent Orange victim, naps in a hammock at home in Beng Melea Province, Siem Reap, Cambodia. Most of his days are spent with his mother panhandling at the Angkor Wat Temples. Phirum Ung was born in southeastern Cambodia, where thousands of acres were sprayed with Agent Orange. (Credit: Brian Driscoll) 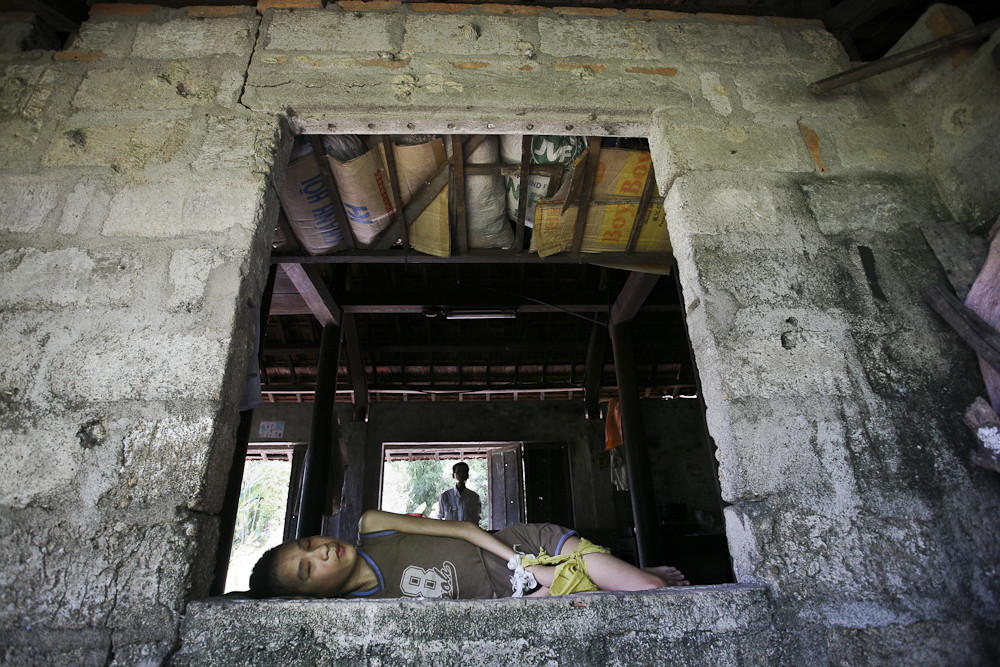 A former Viet Cong soldier and father stands behind his son, Nguyen Van Dung, 12, at home in the Kim Dong district of Hai Phong, Vietnam. Nguyen is tied by the hands because he compulsively tears at his own face. (Credit: Brian Driscoll) 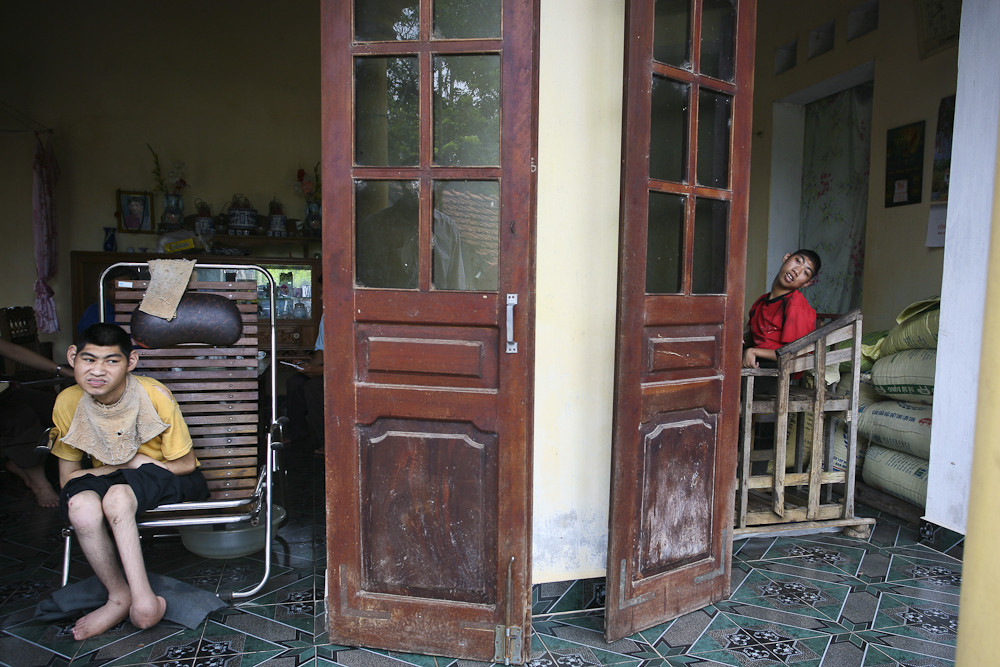 Nguyen and Hung Vuong Pham, 14 and 15 respectively, await their daily routine of eating and bathing in the Kim Dong district of Hai Phong, Vietnam. Their days are occupied watching people pass by the front area of their home. (Credit: Brian Driscoll) 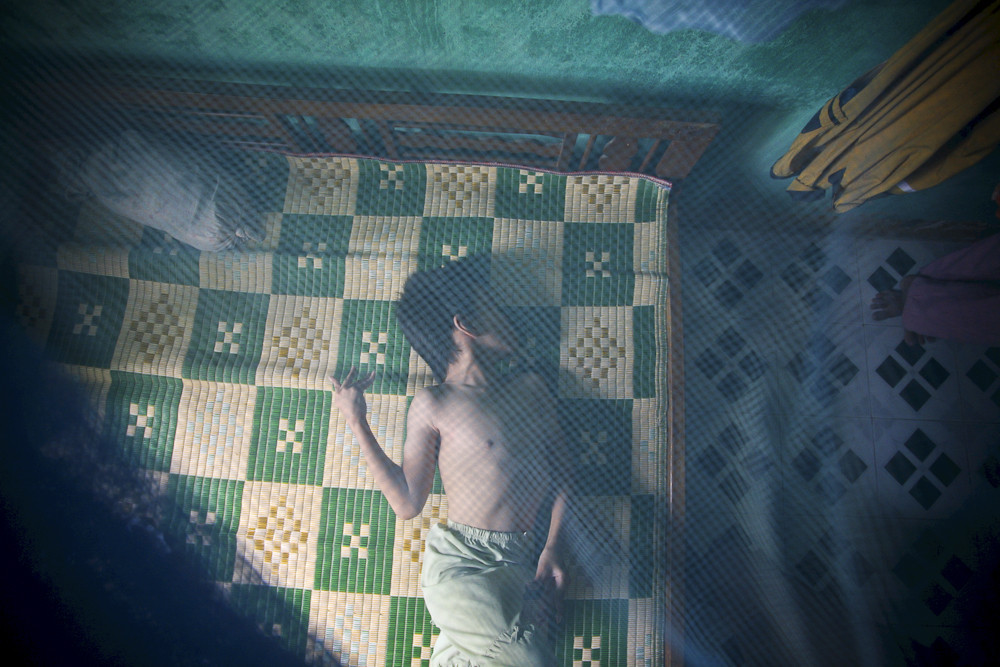 Third-generation Agent Orange victim Nguyen Pham, 11, who is deaf, blind and cannot speak, has been bedridden for a great portion of his life. Nguyen's mother stands by his side at home in the district of Chi Linh, Vietnam. (Credit: Brian Driscoll) 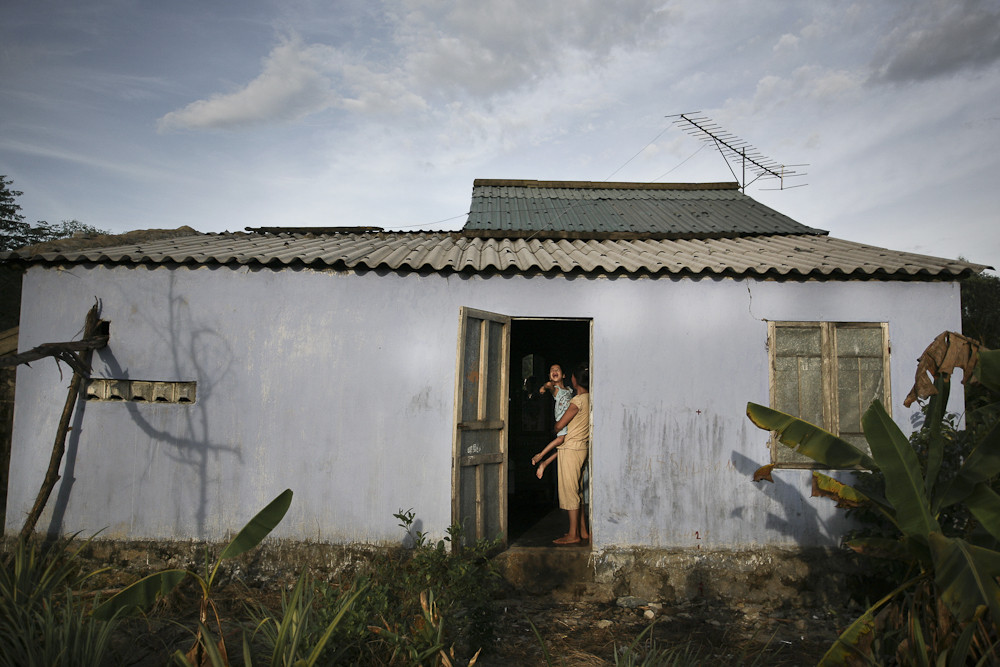 Huong Nghiem, 8, a third-generation Agent Orange victim, is being held by her mother in the doorway of their home in the Tran Cao Van district, Hoi An, Vietnam. (Credit: Brian Driscoll) 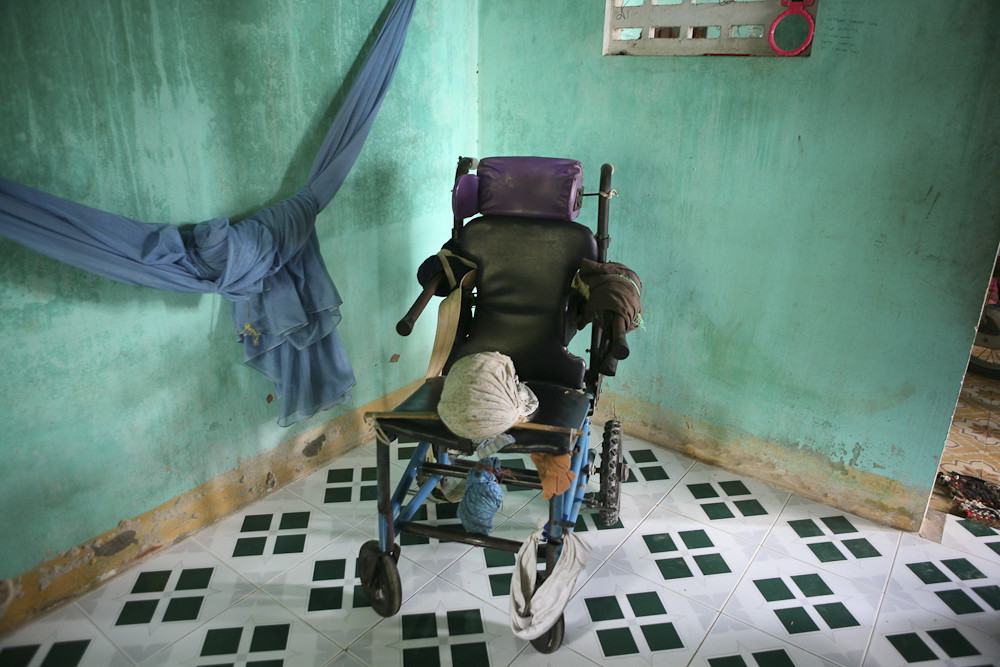 A makeshift wheelchair for a victim of Agent Orange, in the Phuong Son district, Nha Trang, Vietnam. (Credit: Brian Driscoll) 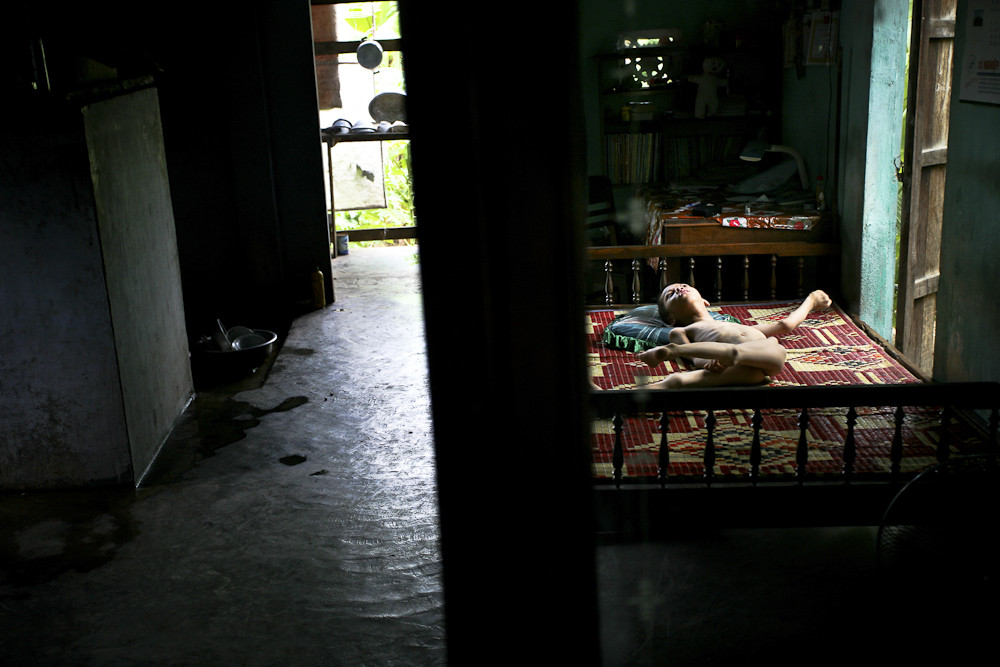 Nguyen Quang, 11, on his bed at home in the Kim Dong district of Hai Phong, Vietnam. Village presidents believe most of the children to be third-generation Agent Orange victims due to the commonality in mental disorders and physical deformities. (Credit: Brian Driscoll)

Driscoll told The Huffington Post via email this week that he decided to embark on this photo project after being inspired by stories about Agent Orange victims, as well as his uncle, a Vietnam veteran who was possibly exposed to dioxin during the war.

"I was interested in exploring and uncovering stories that covered a good portion of the country instead of telling one particular story," he said. "Bearing witness to the children that I have encountered, I feel it's vital to continue to raise awareness about the effects of war and how families are coping with the distress years later."

Iconic Images Of The Vietnam War