After a fleet of C-123 airplanes dropped more than 10 million gallons of Agent Orange to destroy enemy cover and crops during the Vietnam War, the military found post-war work for the planes in the U.S. Air Force Reserve.

Retired Lt Col. Paul Bailey belonged to one of those reserve units. Today, he has terminal cancer and, like his sick former co-workers, he has been denied by the Department of Veterans Affairs for Agent Orange-related veterans benefits, despite expert opinions that he was likely exposed to the lingering toxic herbicide.

"Magically, once the planes left Vietnam they were no longer contaminated," said Bailey, criticizing what he sees as irrational government policy. "It's frustrating."

Between 1972 and 1982, about 1,500 men and women served aboard 34 C-123s that were previously deployed in Operation Ranch Hand, a large-scale defoliation mission in Vietnam and other countries in Southeast Asia. The planes underwent no testing or decontamination between their decade of spraying and their new state-side assignments with the Air Force Reserve, according to retired Maj. Wes Carter, who himself served aboard C-123s and has been conducting research on their toxic history. Air Force Reserve veterans also recall no warnings about contamination, or equipment to protect them from any potential aftereffects. Presumably, their superiors were themselves unaware of any danger. 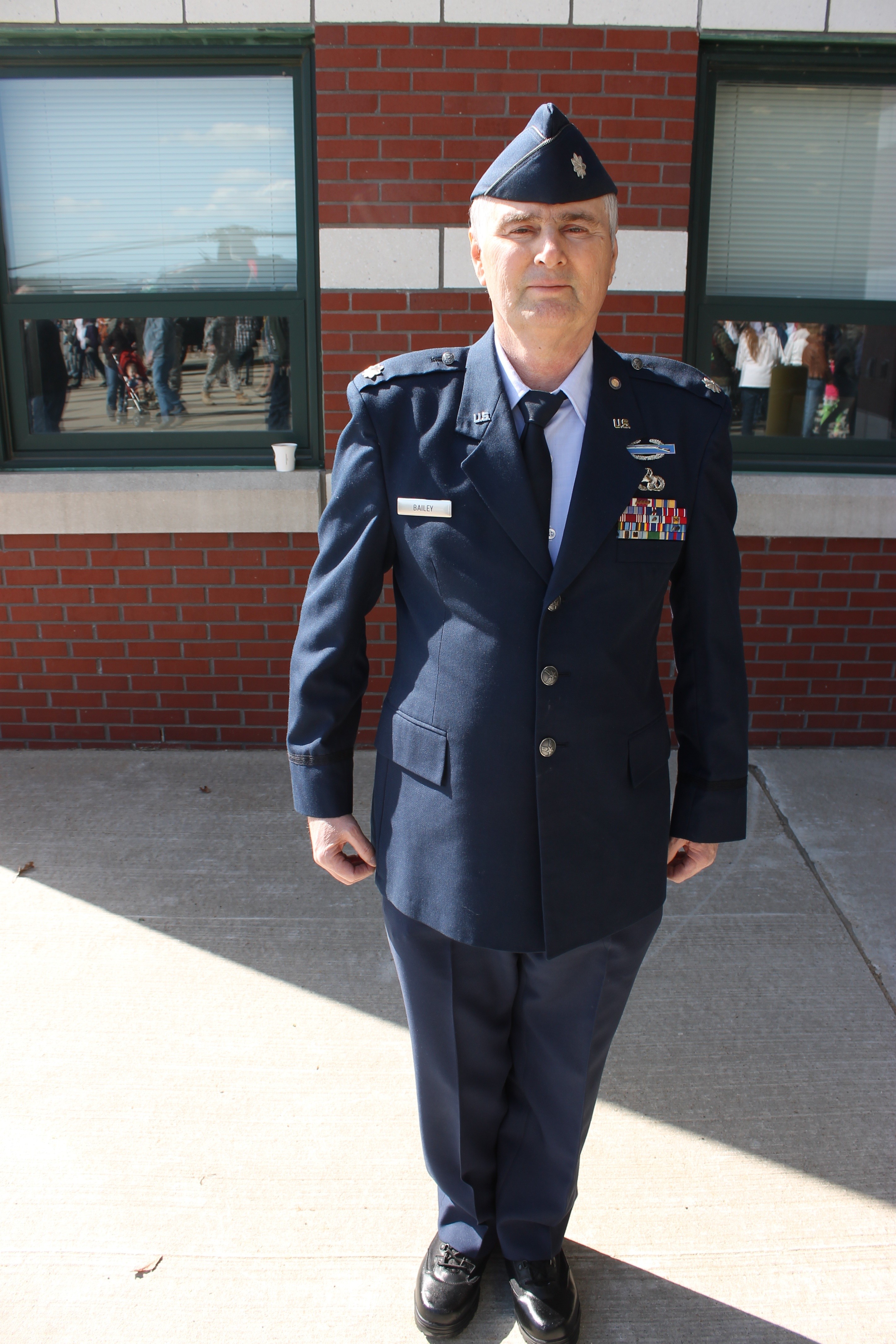 Deemed ineligible by the Department of Veterans Affairs for benefits related to their illness, what haunts these sick veterans to this day is what they perceive as injustice. The VA maintains that carcinogenic dioxin and other components of Agent Orange could not have posed health risks after Vietnam -- only during their use in the war.

"Even though residual Agent Orange may be detected in C-123 aircraft by laboratory techniques years after Agent Orange use, any residual [dioxin] in the aircraft would have solidified and be unable to enter the human body in any significant amount," Meagan Lutz, a VA spokeswoman, told The Huffington Post.

Yet a number of leading scientists and federal officials refute the VA's claims -- calling them "ludicrous," "outrageous," even "preposterous."

Jeanne Stellman, an Agent Orange expert at Columbia University's Mailman School of Public Health, explained that dried dioxin from Agent Orange will escape back into the air and cling to dust.

"It looks like the Air Force and the VA has placed their faith in some sort of mysterious new state of matter that is neither solid, nor liquid, nor gas," Stellman said.

"That disregards everything we know about chemistry, about toxicology," Fred Berman, director of the Oregon Health and Science University's CROET Toxicology Information Center, said in response to the Air Force position. "These vets were not immune. They were exposed, yet we're denying them compensation? That doesn't seem fair."

Stellman and Berman were among 14 high-ranking doctors, toxicologists and environmental scientists who signed a letter in November 2012 criticizing the VA's policy. A few have also authored a formal scientific paper on the lingering health hazards of Agent Orange, currently under peer review.

During Operation Ranch Hand, according to Berman, the cockpit and side doors of C-123s stayed open, inviting Agent Orange spray mist back inside. Meanwhile, the pressurized tanks often spilled or leaked herbicide inside the plane, before the material even made its way outside. The result: a lot of lingering, dioxin-tainted Agent Orange that Berman suggests could have found its way into veterans' bodies.

"There is no safe level of dioxin exposure," he added, noting the chemical's connections to cancers, heart disease, diabetes and other health problems. A study published in May found contact with Agent Orange raised the risk of prostate cancer by more than 50 percent.

"If I knew then what I know now, I would have never allowed anyone to either operate, step into or fly that aircraft," Legere said. A few years after Legere started working on C-123s in 1980 as a maintenance specialist, he began suffering from peripheral neuropathy, a highly-painful nerve damage disorder that has been traced to Agent Orange exposure.

Bailey, who served post-Vietnam as an air medical technician and flight instructor on C-123s, recalled rain seeping through the plane's seams, engine vibrations swirling dust and ubiquitous unpleasant odors. He and his crew would often sleep, and almost always eat, onboard the aircrafts.

None of these sights and smells raised alarm for Bailey at the time. They didn't cross his mind when he received a diagnosis of advanced prostate cancer in late 2010 either. In fact, it wasn't until a few months later when he talked to his close friend -- Carter, the retired major -- that Bailey said he "really put the two and two together." 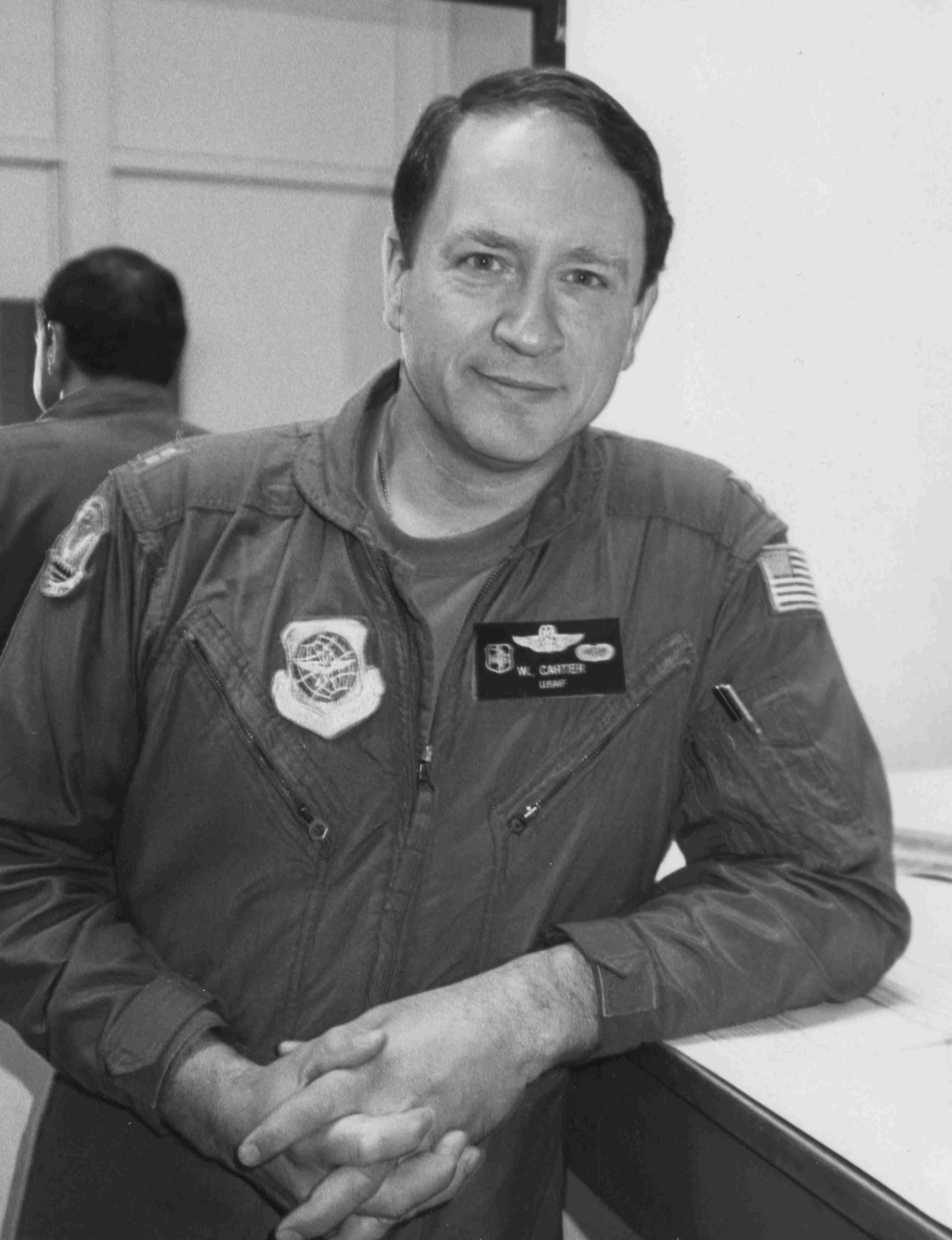 Carter received his diagnosis of prostate cancer in March 2011. The two flew together in C-123s for more than six years. While both acknowledged the difficulty in proving the connection between any particular illness and Agent Orange exposure, they say they can't help but question the high rates of Agent Orange-related disease and deaths that they began to uncover in their group of C-123 veterans.

The VA currently assumes that veterans who spent time on the ground in Vietnam or who sprayed or handled Agent Orange herbicide during the war could have been exposed and are therefore eligible for disability compensation under the Agent Orange Act of 1991. No provisions exist for post-war exposure.

Retired Lt Col. John Harris also flew C-123s after the war. He, too, had his Agent Orange-related benefits claim denied by the VA. However, when Harris refiled with documentation of a one-hour stop in Vietnam while a fighter pilot during the war, he won coverage for his diabetes.

"I walked off the airplane and then walked back on," said Harris, noting the chances of exposure during those minutes were minuscule compared to his time aboard "noxious" C-123s years later.

Every claim filed by C-123 veterans without wartime experience has been denied, Carter said. The VA did not refute this point, but maintained that claims are evaluated on a "case-by-case basis." Yet all the C-123 veterans who have followed up with the Board of Veterans Appeals have had their denials overturned, Carter added.

"But it takes five years to get there," he said, noting that most veterans such as Bailey don't have that long. Carter himself was denied Agent Orange-related benefits for his cancer, heart disease and other medical problems, but still receives full disability due to other injuries from his military service.

"I have access to medical care," he said. "But I have friends who aren't so lucky." 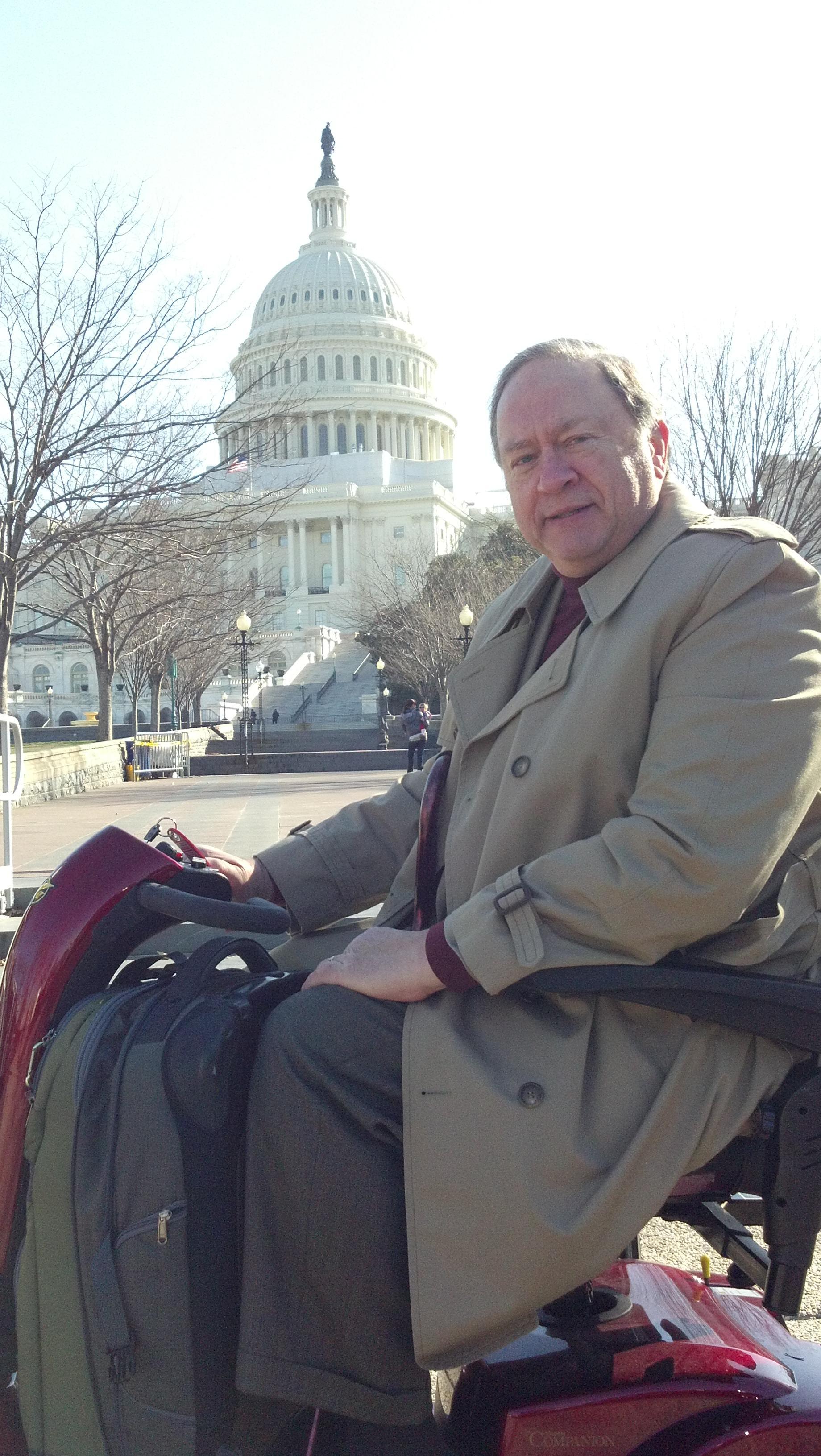 Carter has taken on the cause full throttle, spreading the word among scientists, veterans and politicians and posting evidence publicly at c123kcancer.blogspot.com. The mounting pressure recently led to an Air Force internal assessment.

In the resulting May 2012 memorandum, the Air Force stated that any potential Agent Orange exposures on C-123s after Vietnam were "unlikely to have caused harm."

Authors on the Air Force report were not available for comment.

Some experts are critical of the Air Force's conclusion, which rested in part on one point: "existing information is inadequate to accurately determine individual exposure." Of note, the Air Force shredded and smelted the planes in 2010 -- destroying any remaining evidence.

"No proof of harm is not proof of no harm," said Richard Clapp, an environmental health expert at Boston University.

Clapp suggested that the Air Force may not have considered all the available evidence, including multiple routes of potential exposures: breathing in kicked-up dust, absorption through the skin and ingestion after food or skin contact with contaminated surfaces.

Experts also note that Air Force data on air and surface contamination -- most collected decades later -- likely underestimates the extent of contamination when veterans were onboard. Dioxin breaks down over time.

"Maybe you can't accurately determine the degree to which they were exposed, but you can extract enough information to at least point to the fact that they were exposed in a significant manner," Berman said. "I don't think the Air Force or VA can pass this off as trivial."

Levels of dioxin in some Air Force wipe samples taken in 1994 were found to be 182 times the Department of Defense's limit for office workers, Dr. Thomas Sinks, deputy director of the Centers for Disease Control and Prevention's Agency for Toxic Substances and Disease Registry, noted in an email to HuffPost.

Based on the available evidence, Sinks said that his agency has determined that aircrews operating in C-123s after the war were "exposed to dioxin."

Politicians such as Sen. Jeff Merkley (D-Ore.) and Sen. Richard Burr (R-N.C.) are adding to the pressure on the VA.

"The VA simply needs to start providing these veterans with fair, unbiased decisions based on the evidence in each case," Burr told HuffPost in an email. "I am growing frustrated with VA's intransigence on this issue."

Bailey is in Boston this week, seeking experimental treatment for cancer that has spread throughout his body. To be closer to their daughter, grandkids and medical care, Bailey and his wife are moving out of their dream retirement home in the foothills of the White Mountains of New Hampshire.

"I put my heart and soul into the military," Bailey said. "All we're really asking for is the VA do what's right."

Clarification: A previous version of this story referred to barrels of Agent Orange. The herbicide is often transported in barrels, but was deployed from tanks on board C-123s. The Bailey family plans to move out of their home in New Hampshire.