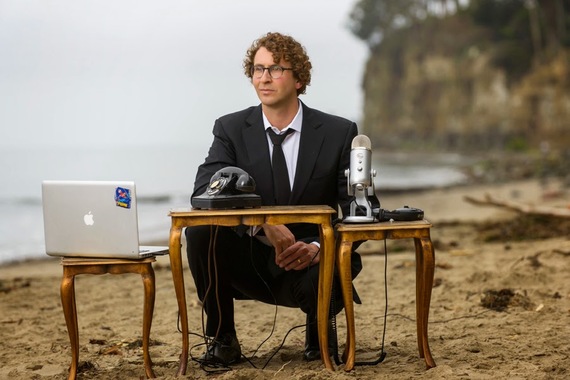 They walk among us -- those agents of change. Sometimes, we just need to be reminded of who they are. Take note of five stand-outs creating significant sea changes.

Ethan Bearman
Let's face it: today's media has turned into a seemingly never-ending chat fest. Who on the air doesn't have an opinion about something? Even your meteorologist chimes in about his/her thoughts. With that being the sobering reality in which we now live, it's up to us to decipher what broadcast personalities to trust -- maybe it always has been. Nevertheless, if you're eager to hear a voice of reason -- yeah, I actually said it -- and, perhaps, the voice of talk radio's future, turn to radio personality/author/public speaker Ethan Bearman. In just a short span of time, Bearman's nationally syndicated radio talk show, The Ethan Bearman Show has quickly risen among the ranks as one of the more thought-provoking outings on the airwaves. Why? The host is unabashedly witty, yes, but he's also deeply interested in current events, politics, science, tech and other rich topics. Beyond that, he appears to have a rare gift of being able to dissect half truths, offering realistic takes on complex topics, and somehow allow the listener to find a curious and perhaps unexpected respite with him somewhere in the middle of The Here And Now. That he does it with fascinating bravura and razor-sharp wit is an added bonus. A significant voice of Gen X, Bearman was listed in 2014 as one of Talker's magazine's "Heavy Hundred." His upcoming book, Liars and Whores: How Big Government And Big Business Are Working To Save Their Own Asses, Not Yours, will be released in summer of 2015. In the meantime, he recently made waves on The Rick Amato Show. You can catch his nationally syndicated show Sundays on the Genesis Communications Network, 4-6 p.m. PST/7-9 p.m. EST. Take note: Listen Saturdays and Sundays from 4-7pm PST Pacific Time on AM 560 KSFO in San Francisco. Keep a watch out for this one. 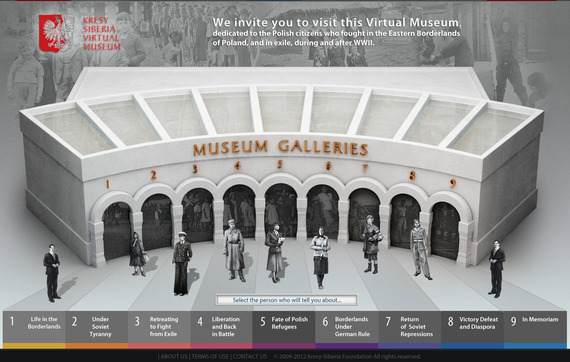 Kresy-Siberia Foundation
First the big news: 2015 marks the 75th anniversary of Joseph Stalin's mass deportation of nearly 2 million Polish people to the Siberian Gulags, events and their ripple effects that were nearly swept under the rugs of history. Now the good news: Those events of the 1940s and the lives of the Polish people whose lives were already hanging on a shredded thread, will not be forgotten. This is where the Kresy-Siberia Foundation plays such a vital part in turning around the ships of time and creating a significant sea change in its ongoing mission to shed more light on what has already been dubbed Poland's "forgotten odyssey." Although those deportations and their aftermath could easily be called the Forgotten Holocaust -- nearly half of the nearly 2 million Poles uprooted perished and according some reports, Stalin's extensive death toll during his precarious tenure hovers somewhere near 40 million. But back to the good: What began back in September of 2001 as an internet discussion forum known as the Kresy-Siberia Group -- the goal was to research, remember and recognize the Polish citizens deported, enslaved and killed by the Soviet Union during World War Two -- has now morphed into a fascinating if not soul-stirring movement. In addition to offering one of the more vibrant research and educational portals on the web on this subject, the organization's website also houses a Virtual Museum with survivors' testimonies, archival photographs and other documents and photos submitted by either the survivors of the deportations or their offspring. The majority of this group's original members were actually the children of Second World War survivors of the Soviet occupation of Poland's eastern Borderlands (known as the Kresy), many of which now reside in the West. "Upon reaching middle age, this Second Generation finally acquired the wisdom to seek to understand what their elders had lived through," the site notes. Under the helm of foundation president Stefan Wisniowski, the organization rises among the ranks of 2015's top agents of change. 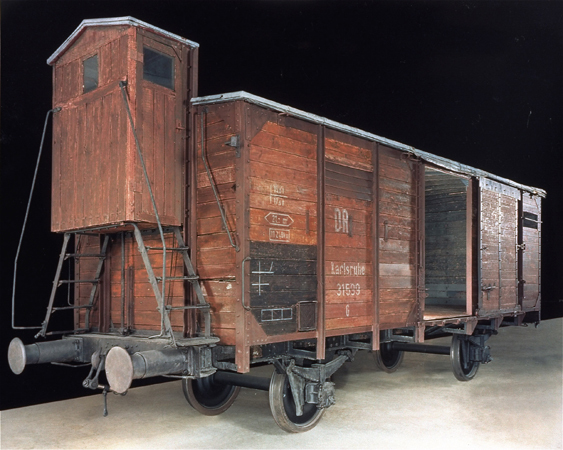 United States Holocaust Memorial Museum
There is simply not ample space here to aptly covey just how vital and necessary USHMM actually is. This living memorial to the Holocaust does more than inspire citizens and leaders worldwide to, as it notes, "confront hatred, prevent genocide, and promote human dignity." It is a vibrant cultural beacon that will not dim. And nor should it. That said, there was something unique I came across recently, and quite by "accident" actually. I was in the throes of a book launch and other press matters when a colleague connected me with one of the main Project Coordinators at the museum. Unbeknownst to me at the time was the fact that the museum has expanded the types of stories it shares via its Oral History portal. The collection contains interviews with survivors of the Holocaust and persecution by the Nazis, yes, but what stood out for me were three other words: "and their collaborators." Well, it certainly opened up the playing field to include many Eastern Europeans affected by Stalin's decisions (see above.) The interviewees here include Jews, Roma (Gypsies), Polish Gentiles, Jehovah's Witnesses, homosexuals, and political prisoners. One can also discover testimonies of liberators, non-Jewish witnesses, and rescuers. In a year when the world is beginning to recognize that when it comes to World War II, the scope of atrocities lies beyond just Hitler, this extension of the USHMM is quite remarkable. Also of note: The International Tracing Service (ITS), with whom the museum works closely. ITS is able to scour documents in a prominent historic database and offer family members with vital records of their own relatives' past. Powerful indeed. Onward ... 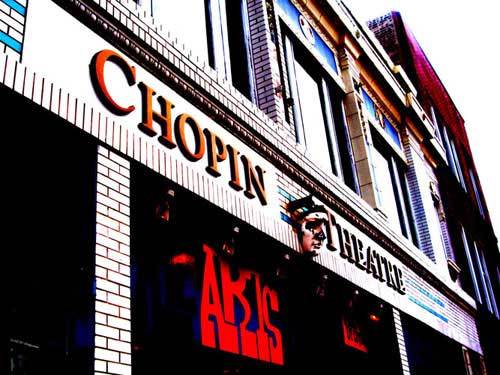 Chopin Theatre
Led by the husband-and-wife team/proprietors Zygmunt Dyrkacz and Lela Headd, Chicago's resilient Chopin Theatre fascinates for a number of reasons. For starters, it's all in the diversity it offers. This month playwright/actor Anna Deavere Smith's brilliant expose on the L.A. riots, "Twilight," continued to generate standing ovations with an all-female cast in tow. This spring, there's The Seven Secrets of Madame Caprice, which shines the light on outcasts brought together by a woman-on-the-fringe who attempts help them navigate through life. There's always plenty to savor throughout the year, and all of it open to The Windy City's wild mix of theater companies wanting to get in there and make some magic happen -- and in a place with a distinctly original Bohemian vibe that mirrors some of the theater experiences of yore -- particularly in Europe. Bravo. 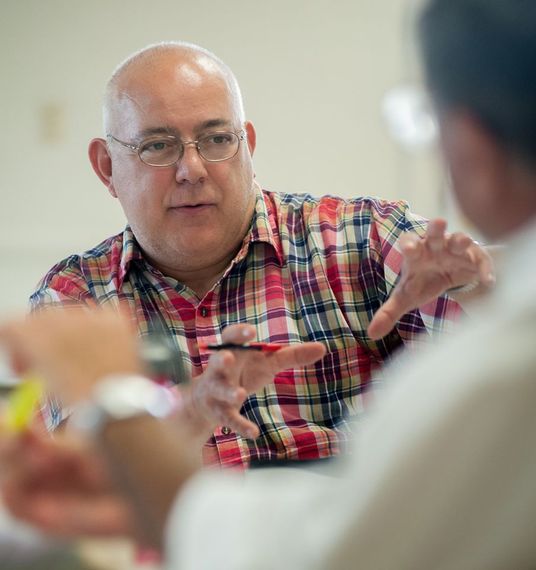 David Zak and Pride Films & Plays
As executive director of this prominent creative Chicago-based enterprise, David Zak is known to many as an educator and journalist -- and to a great many more as a kind of Pied Piper of significant theatrical merit. When, in 2013, he was inducted into the City of Chicago's Gay and Lesbian Hall of Fame, it was a fitting and well deserved honor. After all, Zak nabbed 7 Jeff Awards in Chicago -- four for directing, two for writing, and a special Jeff Award for "Fostering Diversity in Chicago Theater." Needless to say, this makes the man one of the more vibrant forces behind Pride Films & Plays. Birthed in 2010, the organization utilizes stories with characters or themes that are GLBT-centric and shines the work on stage -- and now, in film -- for all audiences. In fact, last year it invited a team of Chicago-area filmmakers to enter the fold to launch the film side of PFP. Two memorable film screenings were held at Chicago Public House Theater in June and November. Currently, The Book of Merman -- Leo Schwartz's witty, tongue-in-cheek yet memorable musical ride with huge doses of "Ethel" -- is capturing attention in an extended run. Better still is how open PFP is in welcoming the works of new writers through a variety of contests. It all comes to life in three fests of various staged readings with the authors themselves taking part in the rehearsal process in Chicago's Hoover-Leppen Theater at the Center on Halsted. Also of note: Generation Next, a contest for high school, college and university students who would like to pen plays or screenplays with GLBT characters or themes. Bottom line: A powerful and empowering entity worth experiencing. (Photo By Bob Eddy)