When I turned 50, I was forced to ponder a double dilemma: how to wear my antique jewelry without looking dated and how to find guys from my decade to date me. I had been involved in a six-year relationship. When it ended, I feared I was becoming too old for men my age. I noticed that they began to view me as vintage, not in the same way as a fine wine or a fast car, but more like a broken-down Chevy. I began to ruminate: Did my grandmother's heirlooms make me look like I was born in her era rather than a modern purveyor of all things classically chic? Did my contemporary male counterparts want a more hip version (read: much younger model)? Had I myself become retro?

This all came on like a perimenopausal hot flash one day while I was writing about how to buy estate jewelry and perusing profiles on dating websites. I had not been on these sites since doing a dating article for More magazine seven years earlier. I procrastinated signing on to Match.com for what my closest guy friend Adam suggested should be an adjunct to the other ways I was meeting men. I wasn't aware that I had "other ways" and there were pressing issues to consider: Was I wearing the appropriate jewelry at this stage in my life? I'd written articles doling out advice related to both jewelry and relationships, yet figuring out how to meet the right man was becoming elusive.

I was more sure of my personal style. I gave up mini skirts in my 30s. When they came back into style a couple of years ago, I enjoyed the irony of friends who were raising their hemlines while lifting their foreheads.

Jewelry seemed to have a longer life span, yet, upon entering my 40s, I gracefully retired my ankle bracelet. I may have been a tad hasty as my ankles are one of the few areas that hadn't begun to droop, sink or sag. And, no matter how many crunches I did, I could no longer pull off my delicate belly chain without looking like an aging stripper.

Instead I opted for double drop earrings to detract from my crow's feet; they were more forgiving then hoops that emphasize the dreaded droop of the lobes. Prior to turning 50, almost every one of my body parts wanted to fall down, so I was a little hesitant about letting friends know I was open to being fixed up or to go back online. In the past, myriad men's profiles read something like: "Please have a RECENT photo in which I can see your face and your entire body. Perhaps you might like to take a new one TODAY and upload it." I exaggerate a bit. I understood their need for a current visual and that is exactly what I would give them: an up-to-date photo. However I would not smile, as that would show laugh lines -- now called nasolabial folds.

The first time around I had received an onslaught of emails. But that was seven years ago. When I finally uploaded my profile, little appeared in my inbox.

To make matters worse, my metabolism went on a prolonged strike and I was forced to increase my gym schedule to six days a week. I found that maintaining toned abs and glutes turned into a second full-time job. This is one of the challenges about growing older -- the person you meet now will not retain the toned, taut and smooth vision of you because he has never seen you like that. This will be the first time, and first impressions last.

But none of this mattered since I still couldn't find guys in my demographic, ages 46 to 58, single, divorced, widowed, living in San Diego or Sweden. I honestly thought that I was open-minded for a woman turning 50, but Adam gave it to me straight.

"Guys our age are looking for younger," he said.

I thought about jewelry. If it's over a certain age, one-of-a-kind and close to its original condition, it's considered more rare -- like the qualities of an Art Deco bracelet with its unexpected details and nuances -- and the value that age brings to the piece. Not so in the way men my age viewed me. Sometime in the past seven years I had simply become older.

I went to my dermatologist for topical cream. He asked if I wanted a little Botox while he gently pulled the middle of my neck. No way was he jabbing my jugular with botulism. Unlike Nora Ephron, I had not thought, until that moment, that I felt bad about my neck. My home lighting suggested that my neck was still swanlike, but in an instant it had turned into chicken skin before properly baked. This had been my favorite area to bejewel with pendants and necklaces, layered, long, short, vintage and new.

I went out a few dates and stopped being so hard on myself. I was happier now than I had been in my youth and realized I was more comfortable in my own skin, even if some of that skin had been taken down by gravity.

I keep my heart open because there may be someone out there who appreciates the rare qualities that I find in antique jewelry -- the character and the inherent beauty of the nicks, scratches and flaws. Jewelry designer Todd Reed, late 30s, adorable, straight and brilliant asked me to be in a promotion for him in Town & Country. He said, "Beth is beautiful, passionate, makes connections with people and 'gets it.'" And that I am "seriously sexy." God bless young guys who create timeless jewelry and believe that women can be alluring at any age.

Beth Bernstein's is the author of the new memoir My Charmed Life: Rocky Romances, Precious Family Connections and Searching For a Band of Gold. 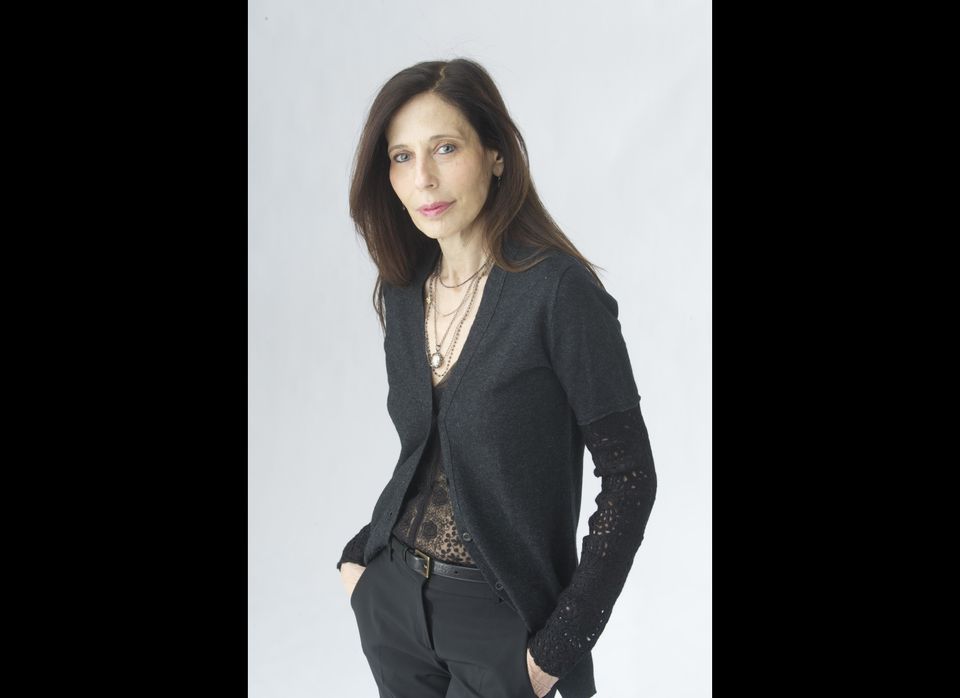