According to a new study published this week, phobic anxiety, which is triggered by intense fear, contributes to older adults aging quickly.

Although phobic anxieties are especially common in women, 8 percent of Americans have at least one, whether it's a specific fear such as arachnophobia -- fear of spiders -- or an overall uneasiness in certain situations like agoraphobia or social phobia. Researchers from Brigham and Women’s Hospital analyzed survey results and blood samples from 5,243 women, ages 42 to 69, finding that intense phobic anxiety leads to faster biological aging.

"Many people wonder about whether -- and how -- stress can make us age faster," study author Olivia Okereke said in a statement. "So, this study is notable for showing a connection between a common form of psychological stress -- phobic anxiety -- and a plausible mechanism for premature aging."

Okereke and her team found a link between anxiety and shorter telomeres, DNA-protein complexes on the ends of chromosomes that are thought to be the biological markers of aging. Although, phobic anxiety may be a mechanism of early aging according to the study, the research could not "prove cause-and-effect or which problem came first -- the anxiety or shorter telomeres," Okereke said.

So while more research would need to be conducted in order to pinpoint the exact cause, the study's results did confirm that phobic anxiety joins a host of other factors that are linked to faster aging.

In 2005, researchers correlated smoking and obesity with biological aging. A 2009 study on identical twins confirmed the results, while also noting other factors that contribute to accelerated aging.

Even geography has an impact on how quickly people age. A recent report from RealAge.com identified 10 cities whose residents age too fast; Knoxville, Tenn., and Louisville, Ky., topped the list, whereas San Francisco, Cali., and Salt Lake City, Utah, were ranked the highest among cities for staying young.

Check out the gallery to see seven other factors that are known to make people age faster. 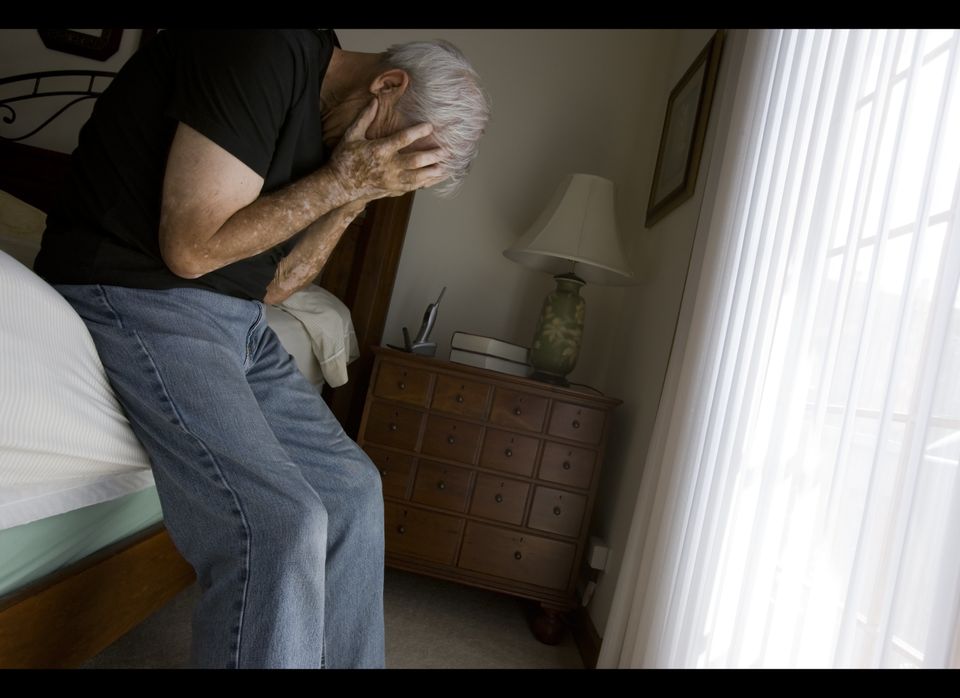 1 / 7
Phobic Anxiety
A new study from researchers at Brigham and Women's Hospital suggests that phobic anxiety can <a href="https://www.huffpost.com/entry/phobia-age-aging-fear-health-problems_n_1668312" target="_hplink">lead to faster biological aging</a>, along with other health-related problems. Author Olivia Okereke and her team studied the relationship between anxiety and telomeres, the DNA-protein complexes at the end of chromosomes that act as biological markers of aging, finding that symptoms of phobic anxiety are linked to shorter telomeres. The study,<a href="http://www.plosone.org/article/info%3Adoi%2F10.1371%2Fjournal.pone.0040516" target="_hplink"> published in PLoS ONE</a>, established that phobic anxiety is a <a href="http://www.sciencedaily.com/releases/2012/07/120711210102.htm" target="_hplink">plausible mechanism for accelerated aging</a>, but did not prove that anxiety is the root cause. (Image via Shutterstock)