At 20 I was like many kids at that age: A youthful mixture of bravado and immaturity. Every thing seemed SO important. EVERY decision was larger than life. Yet honestly, I didn't have a clue who I was. In reality, I was just a girl who would struggle with frizzy hair for almost 40 years before figuring out how to tame it, amongst other things. Yeah, I was that girl.

Here are six things that I know now, but wish I would have known then. (Though, according to my mother, I probably wouldn't have listened anyway.)

1. Learn to be patient, uncomfortable and alone, because, as your mom likes to say, this too shall pass. Time will heal the loss and pain of a broken heart, so don't be in such a rush to replace a person or a boyfriend. Sometimes the uncomfortable transition period is necessary for learning and growth; and rebound relationships usually aren't built to last, though you'll have your fun trying this anyway. However some losses, like the death of your father when you were young, will last a lifetime. The pain diminishes, but the wound never fully heals.

2. Don't base your self-worth on a man and don't make men your first priority. Very hard to do when growing up to be a wife and mom are deeply ingrained in your head. Try to really know yourself before you get in a serious relationship or marriage, though the romantic in you won't listen. Remember, if you're not with someone who makes you feel like the most beautiful, loveable and special person in the world, walk away. (And if it makes you feel any better, just know karma's a bitch. One of your ex's never got married and regrets not marrying you. I heard this from a reliable source, I swear. And the other was recently indicted. You didn't really need that headache. You're welcome.)

3. Finish college and/or grad school before you get married and have children. After a full day with the kids, being a wife, tackling homework until the wee hours of the morning, only to do it again the next day, is exhausting and won't do your dewy complexion any favors, either.

4. People will try to discourage you. Don't let them. Believe in yourself. Don't be afraid of not succeeding. (I don't say "failure," because there is only failure in not trying.) Be more afraid of NOT trying and living with regret. If you fall, pick yourself up, and keep moving forward. Twenty some years later, you'll be saying this to your kids a lot, too.

5. Worrying about what other people think of you is a waste of time and energy. Don't let someone else's perception of you (unless it's absolutely fabulous!) become how you see yourself. And for God's sake, don't be so hard on yourself all the time. Don't get caught in the trap that everything needs to be perfect, or nothing will ever get done. And take it easy with the worry part too. That just gives you wrinkles.

6. Here's a little heads up on taming that head of hair of yours. After you wash it and put in a little leave-in conditioner, put on a tight ponytail (use two if you have long hair, with the second towards the bottom of the tail). With ponytails in place, blow dry on the highest heat setting for five to 10 minutes. Leave ponytails in and then leave it to air-dry for several hours. Voila!

PHOTO GALLERY
What&#039;s The One Thing You Know Now That You Wish You Knew Growing Up?
Download
Calling all HuffPost superfans!
Sign up for membership to become a founding member and help shape HuffPost's next chapter
Join HuffPost

Aging Gracefully Back To School Fifty Believe In Yourself Hairstyles

6 Things I Would Tell My 20-Year-Old Self
What&#039;s The One Thing You Know Now That You Wish You Knew Growing Up? 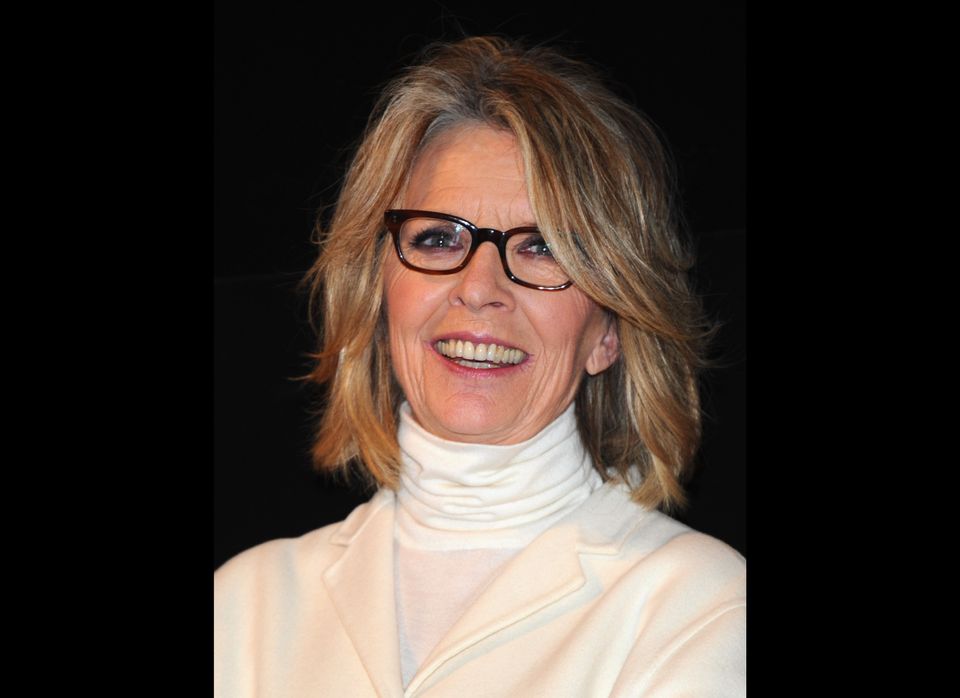 1 / 19
Diane Keaton, Actress, Author
"It would be to embrace those moments when with your loved ones, especially your mother and father. It's much easier to avoid the intimacy but I think it's important to go there, to feel what it's like, to fish around. It's hard to engage in such deep, profound feelings that we have with the people who gave us life, no matter what we may think of them a lot of the time." <em>For the full interview, click <a href="https://www.huffpost.com/entry/diane-keaton-on_n_1235294" target="_hplink">here</a>.</em>
Getty