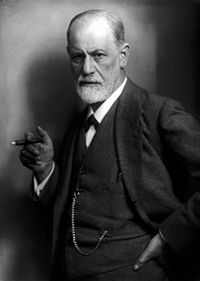 You hear a lot about agoraphobia, deriving from the Greek word for marketplace, agora, and which Dictionary.com defines as, "an abnormal fear of being in crowds, public places, or open areas, sometimes accompanied by anxiety attacks." But meanings change and one could easily think of agoraphobia as a kind of stranger anxiety you were unlikely to experience unless you anticipated failure in the marketplace. In short, if you feel ugly and horrible you're not going to enjoy walking into a party filled with people you don't know and you certainly aren't going to feel comfortable trying to sell something to, say a novel. On the other hand you don't hear much about agoraphilia, which The Free Dictionary defines as "Sexuoeroticism that is contingent on being outdoors or on having sex in public places." If agoraphobia is fear of crowded public places, then agoraphilia would be a level of comfortability in these spaces such that one is capable of making love in them. In short if you feel like a slick cat, you're going to love walking into that room and will anticipate dominating most of the conversation, selling your script to Steven Spielberg, say he's one of the guests at the gathering in question and then getting laid in front of everyone. The only thing that makes you apprehensive is that every outing feels like rape to the extent that people allow you to take complete advantage of them. In one sense agoraphilia is what we're all after; it's what a person is enjoying when they're at the top of their game and feel happy, joyous and fee. But agoraphobia tends to be a condition that approximates the experience that most human beings have from about the time of birth, when they exit the womb and lose the all powerful "oceanic " feeling of oneness with the primal mother.