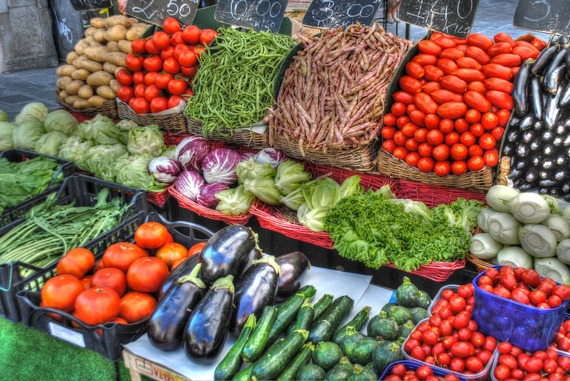 Like savvy business tycoons, leaders in the former Soviet Union who use their positions to grab much of their countries' economic wealth know the importance of diversification.

That's why the portfolio of the typical dictator in the region includes a number of industries. Energy, banking, communications, media, retailing, real estate and construction are almost always represented. Manufacturing and technology also show up.

The reason for diversification, of course, is that if one industry's profits are down, a dictator can maintain his well-heeled lifestyle with the profits of industries having good years.

In addition to industries with profits that can jump up and down, every prudent dictator's portfolio includes industries whose profits are stable from year to year because they produce goods everyone needs.

An example is agriculture -- since we all have to eat, and because it produces materials that go into our clothes.

One of Kazakhstan President Nursultan Nazarbayev's sons-in-law put this principle into action by cornering the country's sugar industry.

Rakhat Aliyev joined the Nazarbayev clan, which controls much of the country's wealth, by marrying Nursultan's oldest daughter, Dariga.

Like other Nazarbayev family members, he staked out certain industries for his own.

To help expropriate those industries, he convinced Papa Nazarbayev to appoint him deputy director of the KNB, Kazakhstan's successor to the KGB. He used that scary position to intimidate his way into grabbing industries he wanted, including sugar production and distribution.

Long before he hanged himself in an Austrian prison on the eve of a murder trial he was facing in 2015, he had taken over Kazakhstan's sugar market, earning him the nickname Sugar.

(The trial involved allegations that Aliyev ordered the murder of two bankers in Kazakhstan. Austria decided to try him because it doubted Aliyev would receive a fair trial in Kazakhstan, where he had fallen out with his father-in-law.)

Another case of a ruler in the former Soviet Union cornering an entire agricultural commodity is Uzbekistan President Islam Karimov's cotton monopoly.

Uzbek cotton is one of the world's best, and global demand for it has long been an underpinning of the Karimov family's wealth.

The Karimovs are notorious for a technique they've employed to squeeze every ounce of profit possible out of the annual cotton crop: forcing much of Uzbekistan's population into the fields each year to harvest cotton.

The pickers have included blue-collar and office workers, grade school, high school and university students, and even hospital patients with non-life-threatening ailments. Most of the harvesters are essentially slave laborers, receiving little or no pay for their work.

Years of international condemnation of the Karimovs' use of child labor in the harvests finally prompted the government to exempt grade-school and high-school pickers. University students weren't as lucky. They still must work the cotton fields for several weeks each fall.

Although it's still an exception in the former Soviet Union for a ruler to corner an entire farm commodity, other forms of agricultural corruption are the rule.

For example, Armenia President Serzh Sargsyan has given special tax breaks to the cucumber and tomato business of the family of Aram Gharibyan, Sargsyan's chief adviser.

The amount of the delayed value-added-tax and customs duties was relatively small -- about $2 million.

But the amount was not what was at issue for many Armenians: It was that companies with no connections to the ruling family received no tax breaks.

What comes to mind when most people think about leaders in the former Soviet Union grabbing much of their countries' wealth are industries with pizzaz: oil and gas, banking, mobile-phone communications and the like.

Agriculture doesn't have the sex appeal of most businesses. It is old-fashioned, plodding, and with some exceptions not prone to profit jumps.

While not sexy, it does provide steady income, though.

So if you're engaging in corruption to fatten your wallet, why not have it in your portfolio?