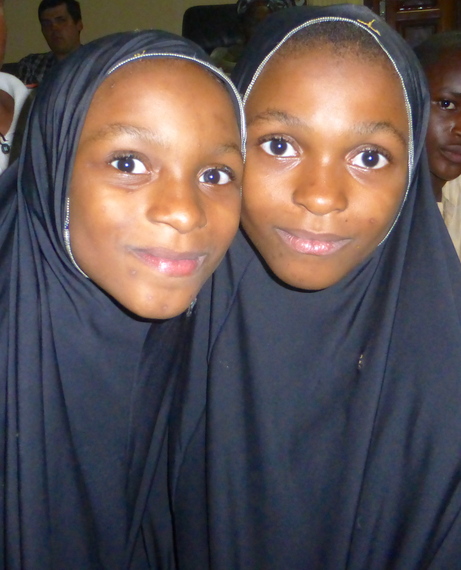 It was a puzzle: intellectual discussions about theological matters rarely engaged issues centered on women, while feminist discussions skirted spiritual dimensions of women's lives. Serene Jones, President of Union Theological Seminary, found faith and feminism intertwined in her own life but sharply segregated in her professional encounters. An "aha" moment came during an encounter with Egyptian women activists (who on the surface were not especially religious). Rocky communications were explained in good measure by the fact that for the Egyptians the whole area of religion affected everything they did, while for their North American counterparts, religioius dimensions were completely absent from the conversation. Meaningful communication was impossible without appreciating how far religion and women's daily lives and thus faith and feminism were linked.

Serene's realization points to an urgent need to find ways to bridge these divides, whether it is to understand better the way that the world's poorest women see the daily challenges that face them, or to support an American college student's reflections about her future work and family life.

The beginnings of the feminist movement in the US were led by faith communities. Today, however, faith and feminism often seem to be in opposition. Several religious figures are prominent denigrators of feminism, seeing an assault on age-old values that honor families and hold them together. Meanwhile a religiously inspired passion for equality and care is often behind women's struggles for equal rights. But many feminists are wary even of speaking about religion because they perceive religious values and teachings as holding back women's progress or turning a blind eye to or even condoning egregious abuse within a family setting. Women are acknowledged as the backbone of religious institutions and the earliest stories they tell their children often draw on their faith traditions. But women's roles and leadership are often invisible in the ranks of formal religious leadership. "Culture wars" come back again and again to relationships between men and women or, sadly, center on women as objects to be controlled.

Modern social norms are shifting, nowhere more prominently than in expectations about gender roles. Religious beliefs and practices are an important part of how these norms and expectations are shaped. This is most obvious in the public square but it is also important in private spheres, especially in families, where religious beliefs can shape gender dynamics in many ways, some readily apparent (like beliefs in differing gender roles or the relative importance of education for girls and boys), some much less so, for example the impact of stories with subservient female roles that echo religious traditions and beliefs. What's needed, urgently, is a thoughtful conversation about how faith and feminism are linked. It needs to honor and respects feminism's central commitment to true equal rights and women's spiritual heritage and commitment to their central religious values.

Exploring the tensions, complementarities, and puzzles in private realms where men and women interact demands that we unpack important social challenges. This weekend actress and UN Ambassador Emma Watson gave a powerful speech at the United Nations. Her challenge: "If men don't have to be aggressive in order to be accepted, women won't feel compelled to be submissive. If men don't have to control, women won't have to be controlled." Where do religious teachings address or inform these issues? Surely they play a large part. Jill Lepore in the New Yorker explores the journey of Wonder Woman (an early feminist icon since she was born in 1941), as the missing link in a chain of events that begins with the woman-suffrage campaigns of the 1910s and ends with the troubled place of feminism a century later. Religion does not appear in the article but the reflections about backlash and politics around feminism highlight how much the issues matter and their deep complexity. Religion is a silent part of Lepore's story.

Georgetown University's Berkley Center for Religion, Peace, and World Affairs and the World Faiths Development Dialogue WFDD (which I lead) have launched an exploration of pressing issues where faith and gender intersect. We are looking primarily at the private realm, above all within families, across different cultures and religious traditions. We have found perspectives that range from pretty radical reinterpretation of traditional teachings to views that celebrate the lasting strength and insight in a religious heritage. The first step was to seek thought pieces, hopefully setting out both provocative views and reflections about paths we should pursue. Essays and interviews are online and we welcome comments. This is a continuing conversation and next steps will include discussions of the key topics that emerge.

And a conference on September 24 in Washington DC is cosponsored by the new web magazine altFem (from the founders of altMuslimah.com and altCatholicah.com), the Berkley Center, and WFDD.

Feminism and faith should be allies, not enemies. And contrary to many current conversations they are linked in important ways: both part of the problem and part of the solution. Feminism is commonly misunderstood as anti-men, anti-religion, and anti-family. That's far from the spirit and the truth of the matter. Feminists care deeply about families even as they seek to understand or redefine family values so that they are consistent with a robust understanding of equal rights. For many women, faith gives meaning to life and strength to confront its challenges and savor its joys and women's religiosity is too often ignored. In many parts of the world it seems downright odd that the two topics are so separate, since culture and religious heritage and wisdom are an integral to many people's experience. The "aha" challenge is to find ways to engage different perspectives in ways that avoid the sting of preconceived and denigrating views and offer ways to build on positive visions of a world where equality is a reality.