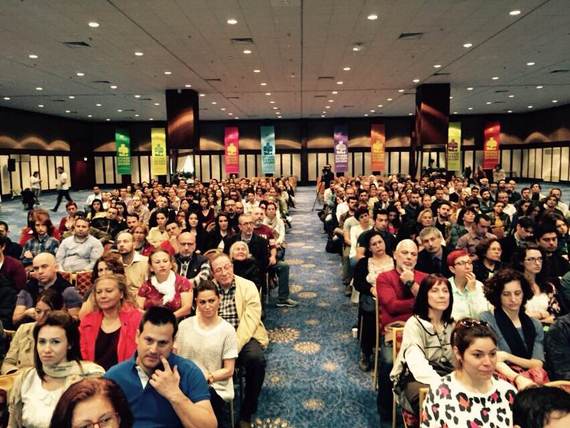 Many things are at stake in Turkey's upcoming parliamentary poll on June 7: Will the Kurds overcome the world's highest election threshold of 10% to enter the parliament as a party for the first time? Or will the governing Justice and Development Party (AKP) win enough seats to change the constitution and introduce the system of strong presidentialism that President Tayyip Erdoğan has long wanted?

It is a historic moment where a single vote could possibly shape the course of Turkey's bloodiest conflict and its future regime type, with repercussions beyond the country's borders. With so much hanging on the outcome, this is also a crucial test for Turkey's embattled electoral system.

Democracy at riskTurkey has never become an 'advanced' democracy: For decades, political contestation took place in the shadow of military tutelage, now being replaced with an illiberal populism under Erdoğan and the AKP. Its record on civil liberties and human rights has been bleak. Yet ever since the country held its first competitive multiparty election in 1950, the ballot box has taken on a quality as one of Turkey's few non-contested institutions to the point of becoming sacrosanct.

Politicians have routinely accepted defeat and handed over power peacefully. Turnout has been traditionally high, as well as popular trust in declared results. The fact that it has preserved this most basic democratic institution despite all other shortcomings has set Turkey apart from many of its neighbors, where elections have been thoroughly rigged or did not take place at all.

That core institution is now in jeopardy. A major survey has found that public trust in the electoral process has deteriorated sharply: only 48% believe that the upcoming poll will be conducted fairly (comparable to the level of trust for elections in Russia), down from 70% in 2007 (on par with the US). The OSCE has cited concerns about fairness and transparency and recommended appointing observers for the June election.

In part, this is a result of the country's deepening political polarization and party tribalism. It also reflects the rising number of fraud allegations at polling stations in recent elections. In an insecure political atmosphere driven by wild conspiracy theories, high level corruption scandals and judicial vendettas that can land the losers in prison, more voters appear convinced that office holders will do whatever necessary to hold on to power.

People take actionWhile concern is mounting, many of Turkey's ordinary citizens are coming together to leave nothing to chance. This is evident in the growing popularity and outreach of civic initiatives that monitor the elections to prevent fraud. The most prominent of these, Vote and Beyond (in Turkish, Oy ve Ötesi), was launched by a handful of unlikely activists shortly after the Gezi protests in 2013. In only a few months, they mobilised 33,000 volunteers for the municipal elections in March 2014, watching over 28,000 ballot boxes in Istanbul. They expanded to five other cities in last August's presidential poll.

For next month's election, the Vote and Beyond team is running an ambitious nationwide operation, recruiting no less than 120,000 volunteers to monitor 106,000 ballot boxes across 45 provinces.

The group's co-founder and president Sercan Çelebi, a management consultant-turned-farmer with a degree in economics from Yale University, explains that the Achilles heel of the election system is its reliance on political party representatives to monitor the voting and counting procedures. "Representatives can and do exert direct influence on the election outcome by manipulating voter behaviour or misreporting ballot counts," he says. Furthermore, "some parties simply lack the funds, the personnel or the capacity to appoint a representative at each ballot box."

By deploying an army of well-trained independent monitors and legal experts, Vote and Beyond aims to level the playing field and prevent irregularities on polling day. It also conducts a parallel tabulation to verify official results, and give parties and the wider public a chance to contest any discrepancies within 24 hours.

According to Çelebi, if their volunteers prevent an average of 3 to 5 irregularities per ballot box, which contains roughly 350 ballots, this would mean an impact of 1% on the final election outcome, regardless of the direction. On June 7, that difference could be decisive for Turkey.

A battle for everyoneOpinion polls currently put the pro-Kurdish Peoples' Democratic Party, or the HDP, dead on the 10% threshold. If they go over, the HDP could enter the parliament with up to 70 MPs; a historic feat that would reinforce the party's bid to become the secular progressive response to the AKP's religious nationalist populism. This would also mark a symbolic triumph for public deliberation over armed confrontation in a brutal three-decade conflict that has claimed over 40,000 lives.

But if they fell short, there would be no HDP deputies in the new assembly and most of the lost seats would be picked up by the AKP. Erdoğan sees this as an opportunity to rewrite Turkey's constitution and implement a presidential system that will allow him to rule without meaningful checks and balances. Bent on keeping the HDP below 10%, he is busy touring the country (and Germany, where there is a large diaspora from Turkey) like a party leader, openly campaigning for the government and attacking the opposition, ignoring his constitutional duty to remain impartial.

As the voting day nears and tensions rise, Turkey's politicians are working overtime and fight over every vote. So do tens of thousands of its citizen activists who will serve as independent monitors on June 7, so that whichever way that decisive vote is cast, Turkey's people keep their faith in the ballot box.

Theirs is a battle where either everyone wins or everyone loses.

Research Associate at the Centre for Southeast European Studies, University of Graz