The brother of the police officer murdered by the terrorists who attacked the Charlie Hebdo offices has called them "pretend" Muslims.

Ahmed Merabet was shot dead as he lay injured on the pavement on Wednesday during the attack on the satirical newspaper's offices.

His death prompted the hashtag #Jesuisahmed to trend on Twitter, as people emphasized his heroism amid fears the attacks, in which 17 people died over three days, could see a rise in anti-Islam sentiment in France.

Malek Merabet said his brother followed "a religion of peace and love" and his killers were just "terrorists."

"My brother was Muslim and he was killed by people who pretend to be Muslims. They are terrorists, that's it," he said.

“Islam is a religion of peace and love. As far as my brother’s death is concerned it was a waste. He was very proud of the name Ahmed Merabet, proud to represent the police and of defending the values of the Republic – liberty, equality, fraternity.” 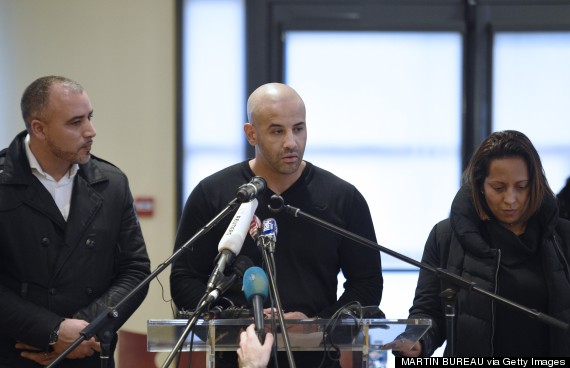 Mr Merabet added: “I address myself now to all the racists, Islamophobes and antisemites. One must not confuse extremists with Muslims. Mad people have neither color or religion.

I want to make another point: don’t tar everybody with the same brush, don’t burn mosques – or synagogues. You are attacking people. It won’t bring our dead back and it won’t appease the families.”

One tweet about Ahmed has been retweeted more than 38,000 times.

I am not Charlie, I am Ahmed the dead cop. Charlie ridiculed my faith and culture and I died defending his right to do so. #JesuisAhmed

After Merabet's death was confirmed, UN Secretary-General Ban Ki-moon told reporters: "This is yet another reminder of what we are facing together. It should never be seen as a war of religion, for religion, or on religion.

"It is an assault on our common humanity, designed to terrify and incite."