Ryan Murphy has already called Twisty the Clown of "American Horror Story: Freak Show" the "most terrifying clown of all time," and after the first two episodes, we definitely agree.

John Carroll Lynch plays Twisty, but you'd never recognize the actor behind the murderous clown's deranged, blood-splattered face. Lynch has actually played a handful of well-known characters in film and television, from the lead suspect in David Fincher's "Zodiac" to Fred in "The Americans" to the sweet, doting husband in the Coen brothers' "Fargo."

HuffPost Entertainment caught up with the man behind the (so far) mute Twisty over the phone (Lynch, unsurprisingly, is nothing at all like his terrifying character). We asked him what the heck Twisty is doing with those people on his bus, what's going to happen between Twisty and Dandy and all about that "Zodiac" reference.

Twisty is definitely the scariest part of the season so far.
Well, I’m glad to hear that. I guess that’s the intention.

Ryan Murphy had said that some of the crew had to leave the set at times because you were so scary.
There were many evenings where I was standing kind of apart from them -- as you see in the first two episodes; Twisty lives a solitary life. There were times I’d be sitting on the set and I would creep people out. In the first episode, where all of the people in the Freak Show are dismantling the body of the detective, I was standing apart as I was in the shot. Afterward I walked by and everyone was like, “Man, you’re really freaky over there.” I love that fact that people are dismantling a body on one side of the screen and then [people tell me] “I’m scared of you.” [Laughs.]

Do you think it’s mostly your costume that’s so freaky, or are you in full character the whole time on set?
I think a lot of it has to do with people’s general fear of clowns and fear of people in masks. But I also think it’s this kind of kooky discomfort around this person where you don’t know what his agenda is.

So far, it seems like he’s possibly collecting children on a bus. What can you say about his motive or mission?
I think that the show is about people, for one motivation or another, trying to get an audience. I think that’s as true of Twisty as it is of Elsa Mars. Why he wants an audience, I can’t tell you. But there certainly appears to be a need for one.

He also doesn’t take advantage of opportunities to kill everyone. He could’ve killed Gloria Mott, or even Patti LaBelle’s housekeeper, Nora, but he spared them.
Yes, that’s right. He could’ve killed Dandy Mott, but doesn’t. They don’t fit the bill somehow.

At the end of Episode 2, Twisty starts to work with Dandy. He doesn’t seem like the type of guy to work well with a partner. How will their relationship work out?
I think it’s funny how it unfolds, and I wondered about that myself. There must be something of a kindred spirit in the two of them. Certainly that’s true of Dandy. I think their agendas don’t quite fit together. From Twisty’s point of view, by the end of the episodes, he recognizes something inside of him.

What can you say about his relationship to the Freak Show?
He’s most definitely not a part of the Freak Show, I will tell you that. They’re very important to why he’s doing what he’s doing. Had they chosen another town, none of this may have happened.

It’s so interesting that Twisty, so far, doesn’t have any lines. What is it like to portray this terrifying character without any dialogue?
It’s turned it into a silent movie for me. You really have to focus and know what the camera is doing. You have to be able to tell an interior story without any dialogue, and that’s really a terrific challenge. Because of Ryan and Alfonso Gomez-Rejon and other subsequent directors, it’s so muscular and the story is already so visual, it’s a blast. It’s not to say that I don’t talk in the episodes though, by the way. It’s just that I don’t have much to say now.

The first scene where we meet Twisty he shows up at the couple's lakeside picnic. It seemed like a direct reference to one of your scenes from “Zodiac.”
Yeah. After watching it, I was like, “This seems really familiar.” It certainly seems like a reference to “Zodiac” and the murder at Lake Berryessa. I didn’t realize how much until after. That was kind of the first scene I shot and I didn’t have a visual reference for the show yet. I think there are homages and quotations to other things, other famous either horror films or murders that come up. I think that's part of the joy of the show, isn’t it? Not only is it its own thing, it’s an homage to its anthology title, which is “American Horror Story.” 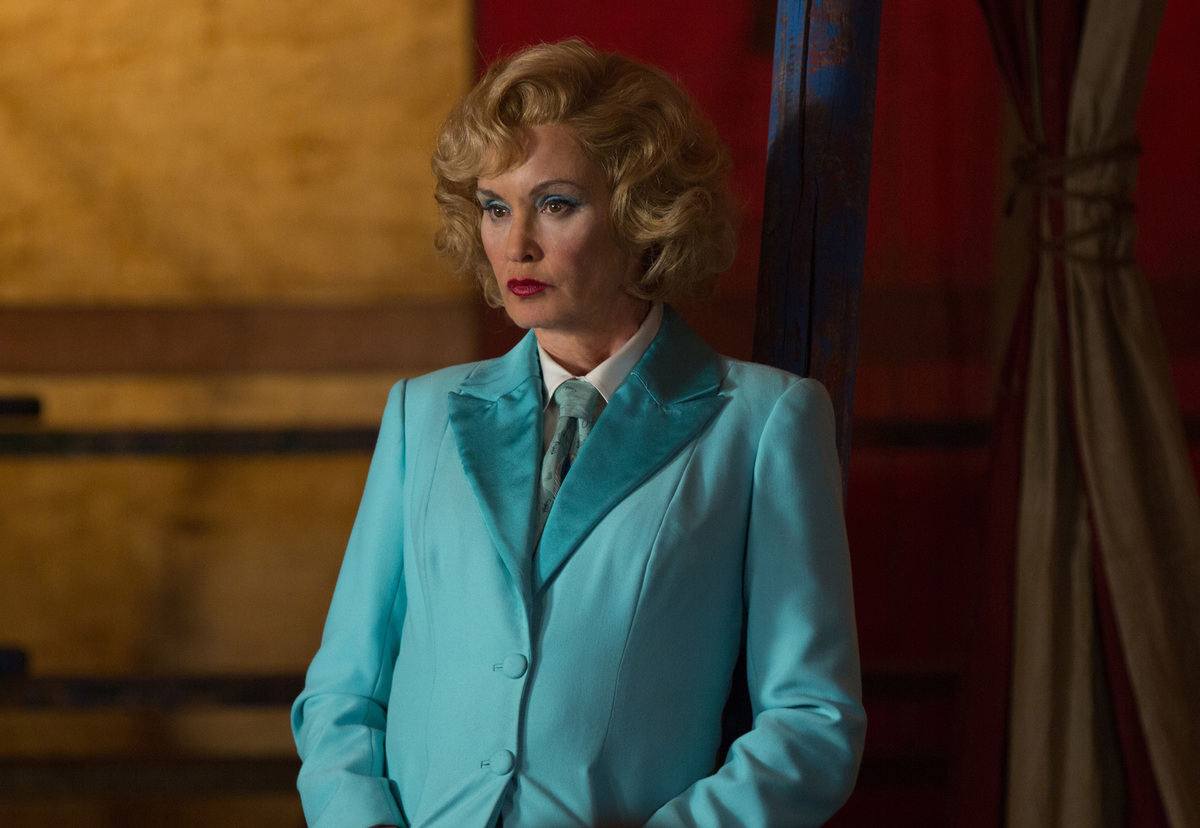