Chinese artist Ai Weiwei (born 1957) is one of the world's most famous artists. The Martin-Gropius-Bau in Berlin is now staging his largest solo exhibition to date. On 3,000 square meters in 18 rooms and in the spectacular Lichthof the retrospective features works and installations that were either designed specifically for the building or have not yet been shown in Germany. Ai Weiwei wasn't allowed to travel to Berlin, so he designed the show in his studio in Beijing. The retrospective is titled Evidence and is seen as a political exhibition with works that comment on social and political issues in China. This video takes you on a walk through the exhibition. Gereon Sievernich (Curator and Director of the Martin-Gropius-Bau) provides us with an introduction to the show. The beginning and the end of this report features an inserted video message which was pre-recorded by Ai Weiwei in China. The show runs until July 7, 2014. 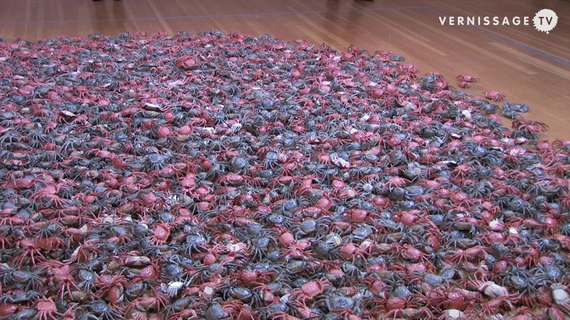