Nudity is not pornography -- that's the message supporters of Chinese artist Ai Weiwei have taken to heart following news that police have started an investigation of his assistant, Zhao Zhao, for spreading pornography online.

The photo that sparked the controversy, called "One Tiger, Eight Breasts," portrays Ai with four naked women. Ai was detained earlier this year for almost three months by the Chinese government. Now, many of those who believe that Ai and his assistant are being unfairly prosecuted are expressing their solidarity in an unusual way: By tweeting naked pictures of themselves.

"If they see nudity as pornography, then China is still in the Qing dynasty," Ai told the AP.

The pictures tweeted by supporters range from simple nudes to more defiant poses using photos and dolls to cover up genitalia. One site, "Ai Wei Fans' Nudity" has begun to collect some of the photos. Ai himself has also been retweeting the same.

Check out some of the pictures below (WARNING: LAST TWO SLIDES CONTAIN FULL FRONTAL NUDITY):

For more on the outpouring of nude photos, check out Reuters' report:

Chinese Go Nude in Support of Ai Weiwei
Download
Calling all HuffPost superfans!
Sign up for membership to become a founding member and help shape HuffPost's next chapter
Join HuffPost 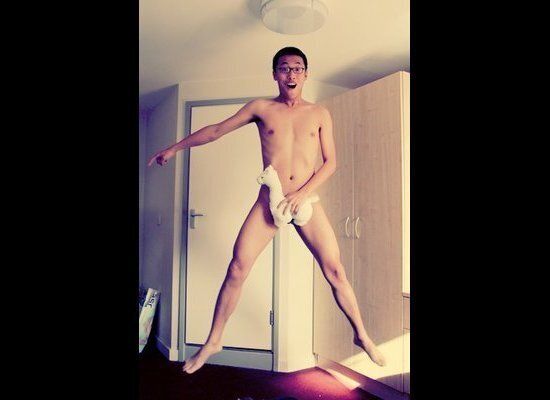