A Kyrgyz street artist named Aida Sulova is bringing awareness to the rampant garbage problem in Bishkek by using trash bins as a canvas to express her socially conscious message. According to Wooster Collective, the street artist pastes photographic images of open mouths on garbage cans throughout the city to “remind people that what they throw into the world , eventually ends up inside us." 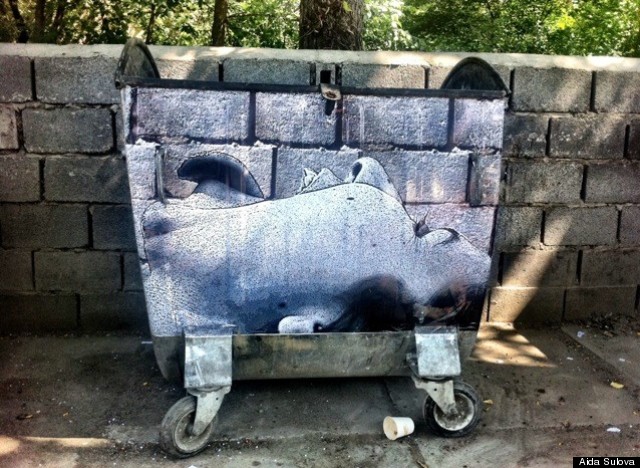 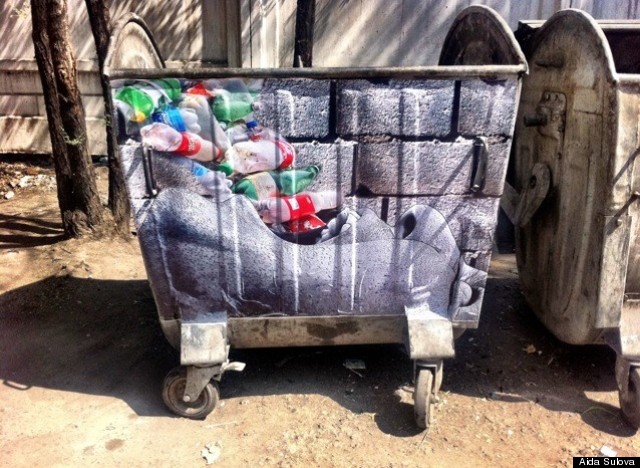 The waste management dilemma in Kyrgyzstan has been an ongoing problem for the post-Soviet country, and the Bishkek municipal dump receives almost no attention from the Kyrgyz government despite the fact that ecologist have labeled the area an environmental disaster. Without regulation, the hazardous site has attracted internal migrants from Kyrgyzstan's outer regions who scavenge through the dump for recyclable products that can be resold, exposing themselves to toxic waste in the process. And as the mound of grabage grows at the dump, trash builds up in the bins in the center of the city, spreading the dangers of chemical exposure and water contamination.

Sulova's facebook page is full of photographs of the grave environmental situation occurring in Bishkek, but she does not consider herself an ardent environmentalist. Through campaigns like her garbage bin street art and a plastic bag clean-up initiative called "Once Upon a Plastic Bag," she simply hopes to encourage others to seek a clean and comfortable country for their children.