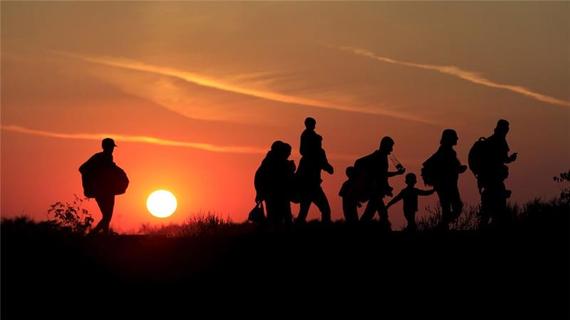 Wars are fought for many reasons, some clearly defined, others more obscure. Death is inevitable in combat, but the deaths of innocent bystanders shouldn't be; unfortunately, it's the reality of violent warfare. Aside from those who lose their lives due to conflict, there are innocent civilians who inadvertently become involved as well. What happens to those who are left homeless after their homes have been destroyed? What happens to those whose loved ones are missing or have been killed as a result of the fighting? Those people become collateral damage of war, refugees. Among these millions of refugees are children, whose only focus should be on having fun and learning, not on helping their families survive another day. (Also see my article on Diplomat Artist - "Global Conflict is Affecting our Children.")

Often lost, confused, and frightened, these individuals need someone to help them and show them that regardless of how disparaging life may seem at the moment, it is possible to move on. There are a number of organizations that make it their goal to provide for misplaced refugees. Some arrange for shelter, food and first aid, while others work more directly with the individuals. Mary Madsen and Sasha Crow are two Americans who aimed to be those people, the ones to give hope to those suffering from the damages of war.

In 2006, Madsen and Crow created the Collateral Repair Project (CRP), an organization that aims to provide assistance to Iraqi refugees. The project is currently based in Amman, Jordan because of the large number of refugees that relocate to the area. Collateral Repair Project has expanded since it was first launched and now serves Jordanians, Iraqis, Syrians, and other refugees fleeing from the violence in their countries.

One of their recent campaigns in Amman, Jordan involved learning about the hopes and dreams of children in the CRP community. The proceeds that the campaign Summer of Hope raised, provided basic needs and educational necessities from food and household's items to school supplies, uniforms, and books.

Resources and assistance are crucial for refugees hoping to create a new life. What is also necessary for these individuals, especially children, is a sense of normalcy and an outlet to express themselves. This sense of normalcy comes in the form of art. In 2015, the Children's World Art residency in Amman, Jordan, in conjunction with Collateral Repair Project, was able to create "a sustainable, supportive art program" that served Syrian, Iraqi, and Palestinian refugees. 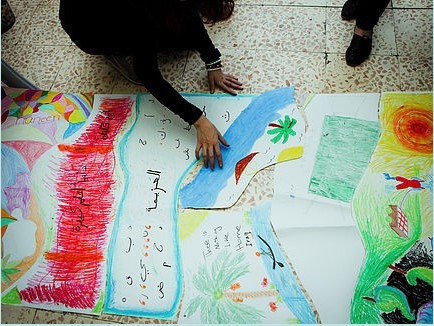 Cheryl Walpole, co-founder of Children's World Art Initiative stated, "Art can be a facilitator of change and link to individuals own humanity. Learning a new way of life in the same time, processing the trauma and loss of the life they once knew, the refugees are amongst the strongest, most resilient lot I have ever met." 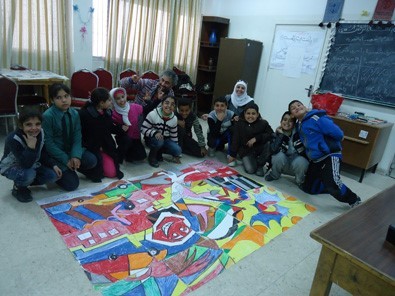 Children's World Art is not the only organization that believes in the power of art. START is another non-profit organization that brings art into the lives of Middle Eastern refugees in an effort "to heal and educate children who have suffered with war, pain and loss." The art workshops are located in India, Palestine, Lebanon, Jordan, and the United Arab Emirates. The artists involved in START's artist residency programs are volunteers from around the globe.

The number of child refugees is rising and is currently the highest amount since World War II. Save the Children is another organization that has gotten a lot of exposure in its effort to provide life-saving aid to refugee children around the world. They have also provided music, art and dance workshops to children in Egypt. In Italy, Save the Children has provided refugees with safe places to play, be entertained, and socialize. And in Lebanon, a country where one-fourth of its population is made up of Syrian refugees, the organization has provided over 300,000 children with education, food, and a safe place to sleep. Simply put, "Save the Children invests in childhood -- every day, in times of crisis and for our future. In the United States and around the world, we give children a healthy start, the opportunity to learn and protection from harm." 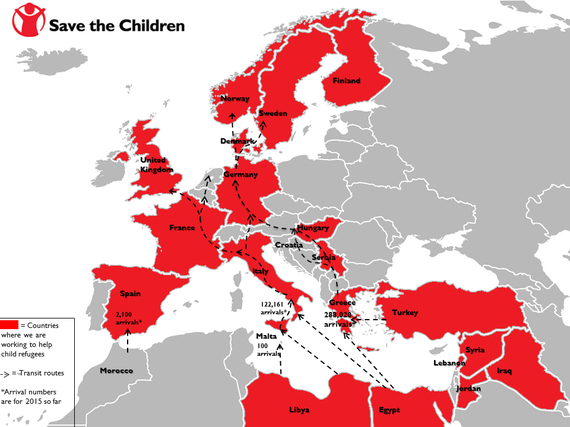 PHOTO credit: Save The Children

Public figures have begun voicing their opinions on the refugee crisis recently as well, which has garnered a lot of attention for various organizations that aid those affected by crisis. Olivia Wilde, actor and activist, was awarded the Advocate Award at Save the Children's 3rd Annual Illumination Gala last Fall. She has used Twitter as a platform for her activism and as a result is one of the newest Save the Children artist ambassadors. She is not the only celebrity that has shared their views on Twitter. John Green promised to match donations made to a fundraising page created by author Patrick Ness, to be donated to Save the Children. The total amount raised surpassed $1,000,000, thanks to the efforts put forth on Twitter by John Green and his fans. Green has since joined forces with UNHCR, the UN Refugee Agency, and has traveled to Jordan to hear the stories of the refugees who reside there just last month.

Those affected by war may be left to deal with the destruction of their homes and their lives, but with the support of individuals and organizations around the world, they are not alone. Those considered collateral damage should not have to suffer because of the actions of others. Innocent civilians are not the target, yet they are stuck with the burden of creating a new life when theirs has been ripped away from them. Artists, activists, donors, and those alike work tirelessly to provide hope and aid to those affected by war. To get informed and get involved, follow @Refugees and @SaveTheChildren on Twitter.