A billboard advocating awareness of AIDS and encouraging HIV testing is drawing criticism in Texas by some people who complain the ad promotes and accepts homosexuality.

The large billboard, part of an ad campaign by nonprofit Greater Than AIDS, is located on a busy intersection in Dallas, according to local Fox affiliate KDFW. The ad features two men with the slogan "Update Your Status," and includes information for local HIV testing centers.

Unhappy residents told the station that the billboard seems to be promoting homosexuality. 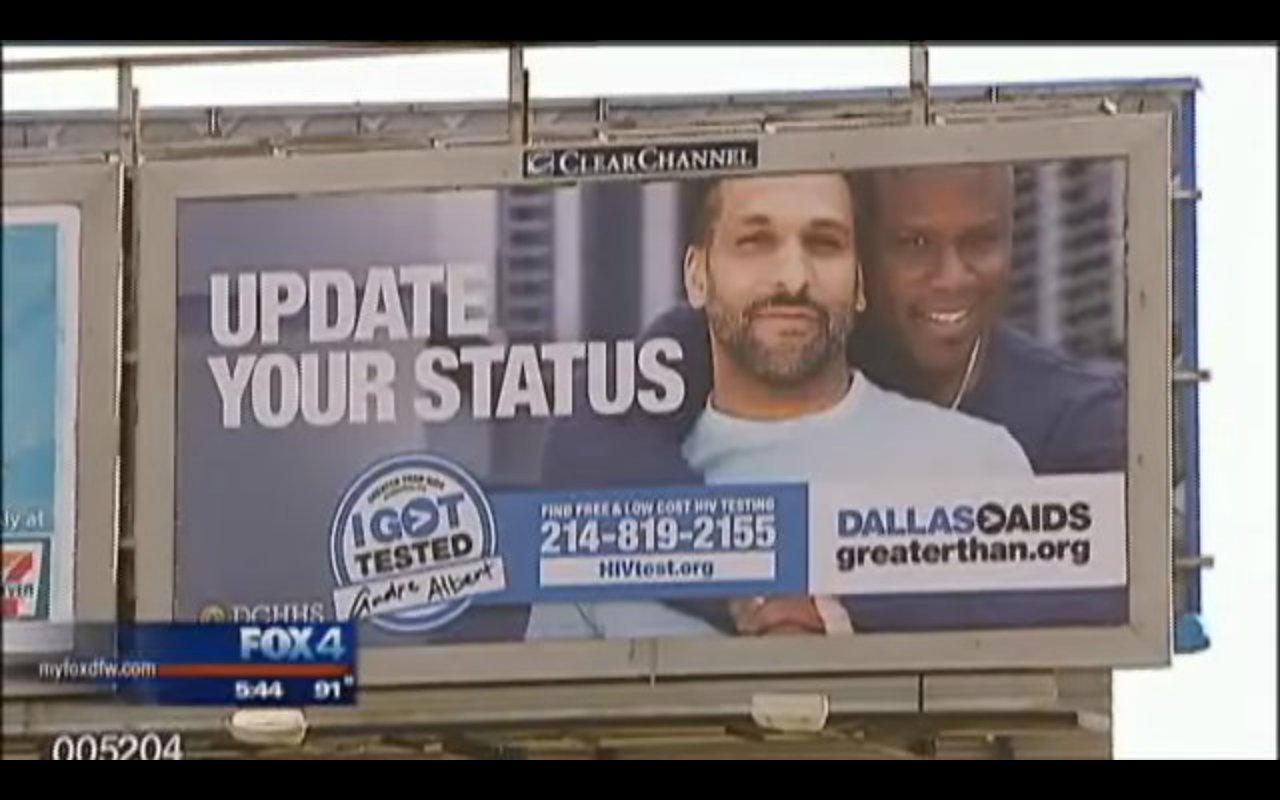 Councilwoman Vonceil Jones-Hill, who has vowed to never attend a local gay pride parade, told KDFW in an email that the billboard has several messages:

3) Feel free to continue to do what you are doing, but protect your health.

While the Greater Than AIDS campaign does work with members of the lesbian, gay, bisexual and transgender community, several of the "faces" of the Dallas campaign are straight women. (Check out some of the female-targeted ads on the campaign's website.)

The Dallas Observer notes that Dallas County has the highest HIV infection rate in all of Texas, with several thousand residents receiving HIV diagnoses each year. According to the Dallas News, "blacks in Dallas County have been contracting the virus at a disproportionately higher rate than other racial and ethnic groups."

The Greater Than AIDS billboard is just one of Dallas County Health and Human Services director Zacahry Thompson's recent attempts to slow the African American infection rate, which may be influenced by a cultural stigma among black men who sleep with men that may make it harder for them to seek help, reports the Dallas News.

1 / 25
AIDS Is A Primary Issue
<a href="http://digitalgallery.nypl.org/nypldigital/id?1577292" target="_hplink">AIDS is a primary issue. Demand a national plan on AIDS.</a>
ACT UP New York Records Manuscripts & Archives Division