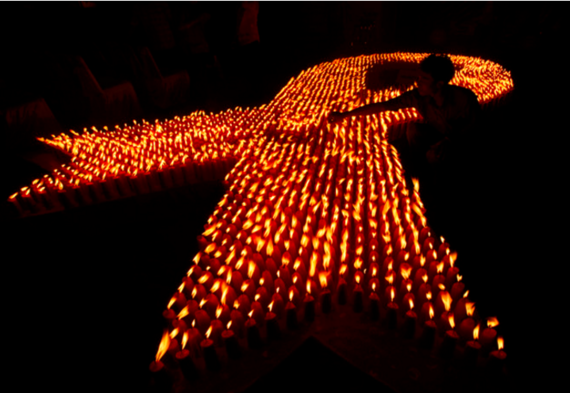 There is no story in global health as transformative, awe-inspiring, and yet as tragic as the AIDS pandemic. The disease was unknown only a generation ago -- a medical curiosity among young gay men in New York and San Francisco in June 1981.

Within a few short years, AIDS could be found on every continent, enveloping the world to become one of the most devastating pandemics in human history. It has caused untold human suffering, social disintegration, and economic destruction.

In the early days of the pandemic, public health officials relied on prevention strategies devised for other sexually transmitted diseases. This includes testing, counselling, education, condoms and partner notification.

Newly diagnosed people had an average survival period of six to eight months. And their weakened immune systems made them vulnerable to rare cancers, pneumonias, chronic fatigue and horrific wasting until death ensued.

The early years of fear, pain and despair

The socio-political response was, at best, denial, ignorance, and silence. Ronald Reagan, US President at the time, did not utter the word "AIDS" in public until 1986. At worst, it was social marginalisation, discrimination, and punishment. People were blamed for their own suffering and criminalised for their behaviour. The fear, pain, and despair faced by people living with AIDS and their loved ones cannot be overstated.

But by 2010, UNAIDS announced a goal that was once unimaginable: getting to zero. Zero new infections, zero AIDS-related deaths and zero discrimination.

The 2012 International AIDS Conference was held in the US for the first time in 22 years because the US restricted entry of persons living with HIV between 1990 and 2011. At the conference, then Secretary of State Hillary Clinton called for an AIDS-free generation. To be sure, these high hopes provoked a skeptical response, with experts saying the goal was unrealistic and open-ended. What exactly is the definition of "zero" or "AIDS-free," and which generation are we talking about?

But stepping back from perennial debates about aspiration tempered by realism, it is impossible not to marvel at the technological advances that enabled global health leaders to say the unthinkable: that we may one day see the end of the scourge of AIDS.

The technological advances that made all this possible include, first and foremost, antiretroviral treatments. A newly diagnosed 25-year-old today can expect to live another 50 years on treatment. But it also includes combination prevention, which extends well beyond traditional methods of testing, counselling, condoms and education. These do remain vital.

At the 2011 International AIDS Conference, scientists announced a jaw-dropping 95% plus reduction in sexual transmission among heterosexual couples adhering to antiretroviral treatment.

What if it were possible to reach every person at risk, or already infected, with these powerful interventions? What if the next discovery could empower women to protect themselves, such as with a vaginal microbicide, which is on the horizon? Given the political will, isn't it imaginable that the international community could "get to zero"?

It has been said that these are all highly complex, multi-factorial diseases, while AIDS is not. But this is far from the truth.

AIDS is one of the most complicated and stubbornly persistent diseases the world has ever known. Yet the sociopolitical dimension of AIDS has galvanised perhaps the greatest social mobilisation around a health crisis that the world has seen.

From the AIDS Coalition to Unleash Power (ACT UP) and Lambda Legal Defense in the US to the Treatment Action Campaign in South Africa, courageous individuals and organisations have literally transformed the politics of AIDS, turning neglect and derision into empowerment and social action.

This vast social mobilisation was targeted not only at fighting the social dimensions of this disease with poignant calls for dignity, nondiscrimination, and justice. It was perhaps principally about access to medicines.

AIDS campaigns had crisp clarity, appealing to a basic sense of social justice: the rich have access to life sustaining medicines while the poor do not. This message resonated in developed countries where the poor often were denied access to antiretroviral medication. But it also resonated in developing countries where most people could not afford a life-saving pill that the majority of those in the developed world could access.

The access-to-medicines campaigns brought AIDS advocates to pursue solutions beyond the health sector. Activists directly attacked the prevailing trade liberalisation paradigm, which protects intellectual property, and asserted the higher priority of the right to health.

In South Africa the TAC successfully challenged the government's restrictions on access to perinatal treatment before the Constitutional Court. At the international level, the AIDS movement energised the World Health Organisation to take access to medicines seriously. This prompted campaigns such as the World Health Organisation's 3 by 5 initiative. It forced the World Trade Organisation to change course, introducing Doha Declaration flexibilities to soften a harsh intellectual property regime.

For the first time, the major powers began to frame an infectious disease as a national security threat, addressed at the highest political levels at the G8. Social mobilisation drove the United Nations' response, prompting the first high-level summit ever held on a health issue to be devoted to AIDS.

A novel public-private-partnership emerged, outside the UN/WHO structure, to generate and pool resources -- the Global Fund to Fight AIDS, Tuberculosis and Malaria.

Although the international community has rallied to fight AIDS, fierce debates have raged within the movement. Initially, advocates worried that traditional public health strategies such as testing and reporting would undermine privacy or foster discrimination. At the same time, policy makers debated which interventions -- and in what combination -- were most effective. And then there was the divisive issue of cost-effectiveness. Could governments afford expensive interventions such as lifetime treatment with antiretrovirals?

If not, how could the benefits be fairly allocated among the large population of persons at risk or living with HIV? And should the same level of resources devoted to AIDS be made equally available for other pressing health conditions, such as child/maternal health, injuries, or non-communicable diseases?

These battles ensued within both domestic health sectors and foreign health assistance budget debates. They remain topics of lively debate.

*This is the first of three articles drawn from the book Global Health Law, released by Professor Lawrence Gostin.