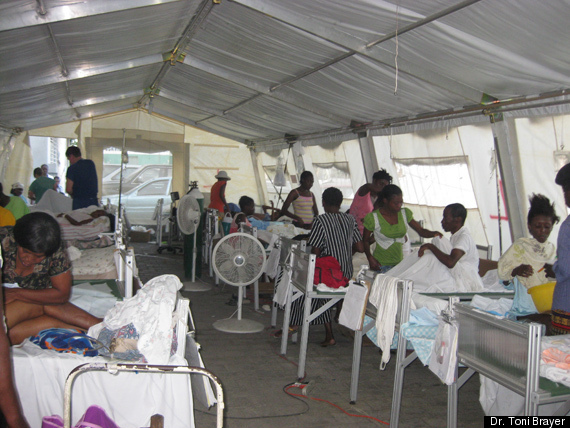 I can't get the stories of Haiti out of my mind.

A patient showed up at the Port-au-Prince hospital ward with a massive left-sided paralysis, an obvious stroke. This 48 year-old woman had collapsed the day before and was now accompanied by her three grown daughters who were most attentive and worried. I examined her in the bed with other patients and families gathered around -- even an exam seems to be everyone's business in Haiti. One daughter spoke broken English, but I had a good translator that helped me get the information I needed.

It was a sad story. They had been on the 5th floor when the Earthquake hit. They fell straight down and their father was killed. One of the children had a crush injury to his leg, and the entire remaining family was now "on the street." Just surviving must have been such a strain. Then the mother has a massive stroke. 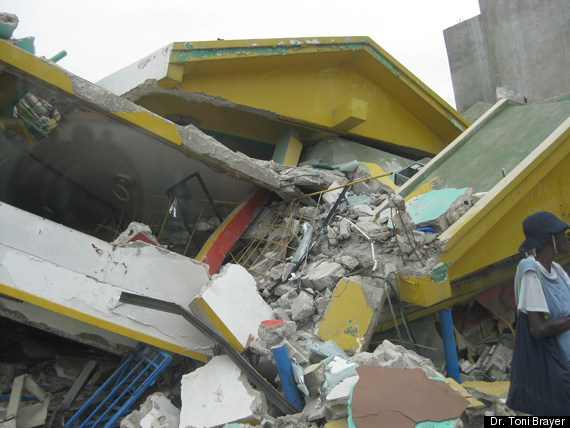 As I was examining the patient further, one daughter handed me a quickly scrawled note. It read:

I have a problem

She have a AIDS

In this private way, the daughter wanted me to know her mother had AIDS.

For a country with such poverty, lack of health care and lack of education, it is not a surprise that HIV and AIDS remain a significant problem. Haiti is the Caribbean island most affected by AIDS.

There also remains a stigma and HIV infection is a big secret. Once I asked my Haitian interpreter to ask an emaciated patient if he was HIV positive, but the interpreter couldn't even ask the question. It is just not done in Haiti. It was a real act of bravery for that daughter to pass me the secret note.

Needless to say, AIDS will be the least of this family's problem. I can't begin to imagine how a woman with a stroke, who will likely not receive any rehabilitation, can live on the street. By the time I left, she needed 2 people to assist her out of bed into a chair where she could not sit straight.

This was cross posted at www.everythinghealth.net.

Doctor working with Partners In Health in Port-ua-Prince, Haiti