A constellation of Broadway, television and film stars lit up the stage of the historic Saban Theater in Beverly Hills this past Saturday for the 29th annual S.T.A.G.E. (Southland Theater Artists Goodwill Event) Gala. The event, Broadway My Way raised $285,000.00 for AIDS Project Los Angeles (APLA).

Billed as the world's longest running AIDS benefit, S.T.A.G.E. is an all-star musical revue, organized in 1984, that has raised more than five million dollars for AIDS service organizations across Southern California. "I started this fundraiser when it was still a gay disease, and we didn't have a name for it," director David Galligan said. Legendary Carole Cook supported this sentiment, saying of her 27 year contribution to S.T.A.G.E., "I have been involved since its inception. When we lost one of our first chorus boys while I was starring in 42nd Street we didn't expect hundreds, and thousands of deaths to follow, and the work still needs to be done, so I am still here." She offered a hysterical version of George Gershwin's Strike Up the Band interspersing a monologue throughout the song that included highlights like, "Being married for 49 years we've been having same sex for a long time... trust me, it's nothing to fight about!"

In this iteration of S.T.A.G.E., Galligan along with Musical Director, John McDaniel, literally offered the stars, who spanned 60 years of show busines, an opportunity to do "Broadway, My Way," in which some played against type and gender. Gender bending performances included Glee star Alex Newell (well known for his bold portrayal of Wade "Unique" Adams on TV's hit series Glee), and well know comedy writer and performer Bruce Vilanch. Newell sang a gorgeous version of "Meadowlark," a song about meeting and running away with the man of your dreams, usually sung by a female character in the Stephen Schwartz' musical The Baker's Wife. About the song and his contribution he shared with me, "This was an awesome opportunity to perform one of my favorite songs in public for the first time. I am grateful that I can help others by doing what I love." Vilanch, in his 15th perofrmance with S.T.A.G.E, dressed in a pair of awfully appropriate red tights and pink tutu delivered a hysterically twisted, and timely version of "At the Ballet" from A Chorus Line.

Florence Henderson played fiercely against her globally familiar type (most well known as Mrs. Brady on The Brady Bunch), by offering a daring rendition of "When You're Good to Mama," from Chicago. In black leather dominatrix garb she strutted her prowess and sexual charisma (yes, I said sexual charisma) as she pushed chorus boys around the stage with a whip! Patricia Morison (well known as the original Kate in Kiss Me Kate) also performed against her type, giving an endearing performance of, "Brush Up Your Shakespeare," a song usually performed by gangsters in Kiss me Kate. In addition, it was a total joy to hear her sing with Davis Gaines (most well known for both being on Broadway and touring as Raoul in Phantom of the Opera) Wunderbar, one of her signature songs from the show. Other broadway dames performing included 90-year-old Janis Paige and Shirley Jones (best know for her starring roles in the film versions of Oklahoma, Carousel, The Music Man and her Academy Award-winning role in Elmer Gantry).

The evening, MC'd by George Gray (the announcer of The Price is Right) was full of powerhouse performances that had the the packed audience on their feet at least 10 times. These included Andrew Rannells (best know for his starring rolel as Bryan in The New Normal, and his Tony Nominated performance as Elder Price in Book of Mormon) singing "What Kind of Fool Am I" from Anthony Newley's Stop the World I Want to Get Off. Kimberley Locke (who achieved American Idol fame as second runner up in 2003, and has since hit #1 on Billboard Charts eight times), who is the child of a mixed race marriage, gave a soaring rendition of "Over the Rainbow" following a moving story of an elementary art teacher's careless "primary colors" lesson, in which she adamantly suggested that black and white don't mix, and when they do you get the color gray. Fortunately, her mother told her that she could be any color of the rainbow she wanted and that when you mix all colors you indeed get black! This was Locke's obvious homage to her support of gay marriage. Madison Claire Parks, teenage grandaugter of the late Betty Garrett, gave a sampling of her gorgeous soprano when she sang "Think of Me" from Phantom of the Opera, which she is currently starring in at High School of the Performing Arts. Vicki Lewis knocked "Astonishing, Days of Plenty" out of the ballpark in a duet with Joely Fisher, who held her own. Valarie Pettiford offered a Bob Fosse Suite written by David Galligan that ended with a knockout performance of "Mein Heir"> from Cabaret.

Obvious throughout the evening's event was the performer's love, compassion, and commitment to helping in the fight against HIV/AIDS. I asked Fisher (daughter of Eddie Fisher and Connie Stevens and a star in her own right) why she has done this fundraiser multiple times: "I saw my Uncle take his last breath as he died from AIDS, I didn't think we'd be doing this is 30 years later, but we are, and I am here. Also, the comraderie, compassion and commitment of the people here is inspiring. At times, particularly during TV pundits people ask me what my favorite part of show business is. I usually say don't make me choose, but if I was asked tonight, I'd say this!"

Funds raised through S.T.A.G.E. support APLA programs, including its Vance North Necessities of Life Program food pantries; freestanding and mobile dental clinics; in-home health services; housing assistance; HIV prevention and testing efforts; and a range of other APLA services that thousands of Angelenos who are affected by HIV/AIDS depend on. S.T.A.G.E. is among the most enduring and valuable sources of private support for the agency's HIV/AIDS care, prevention, and advocacy work. 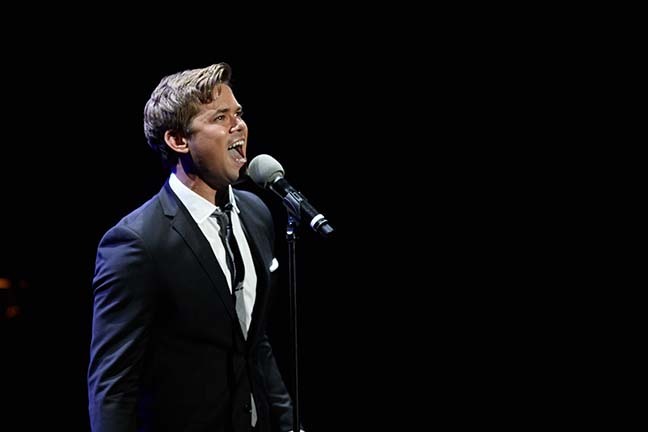 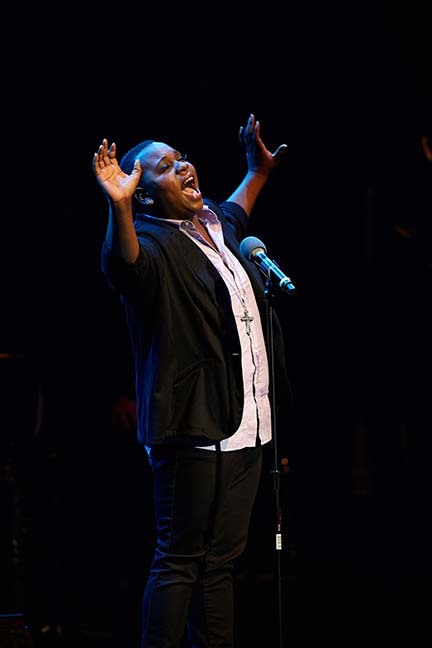 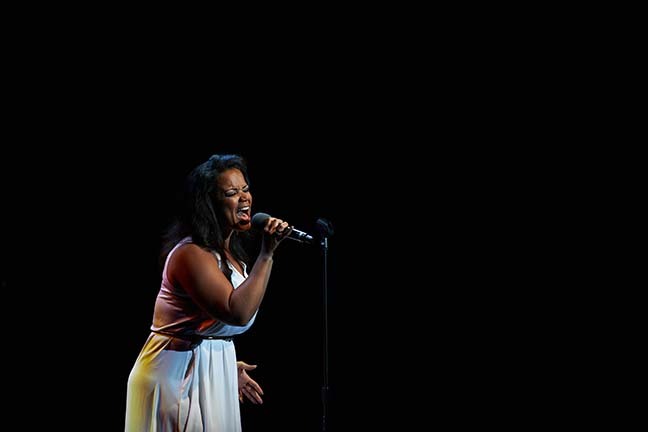 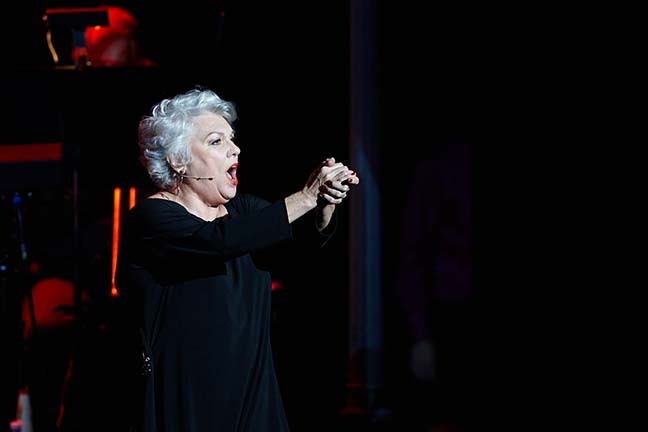 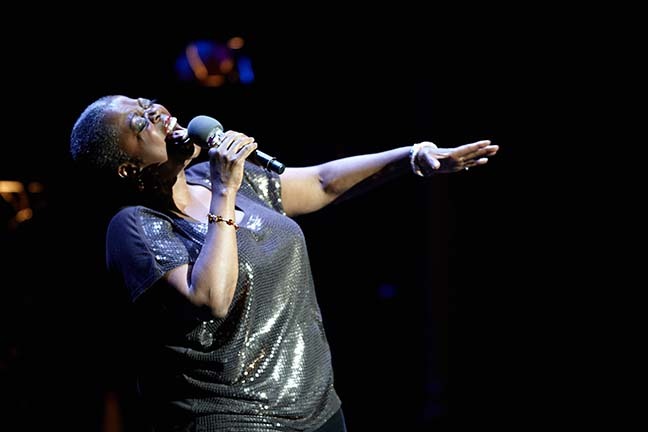 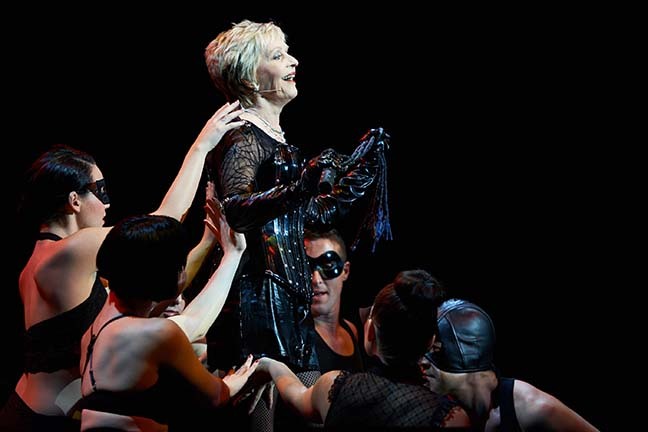 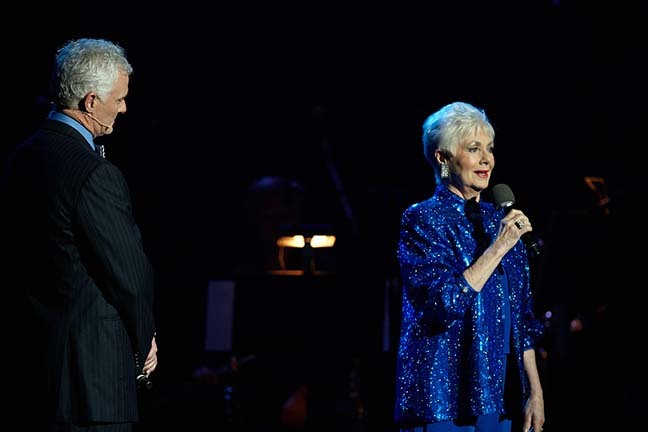 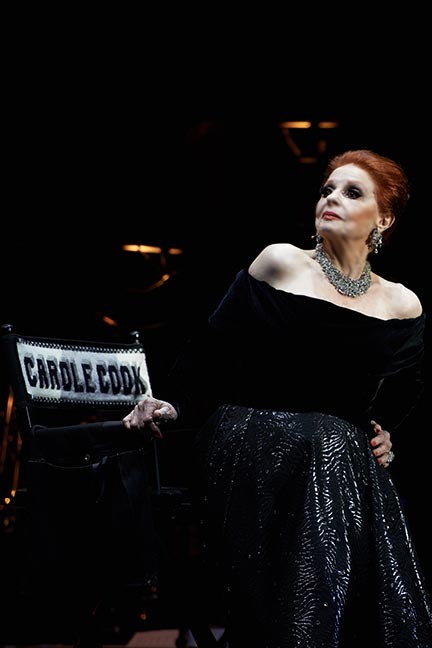 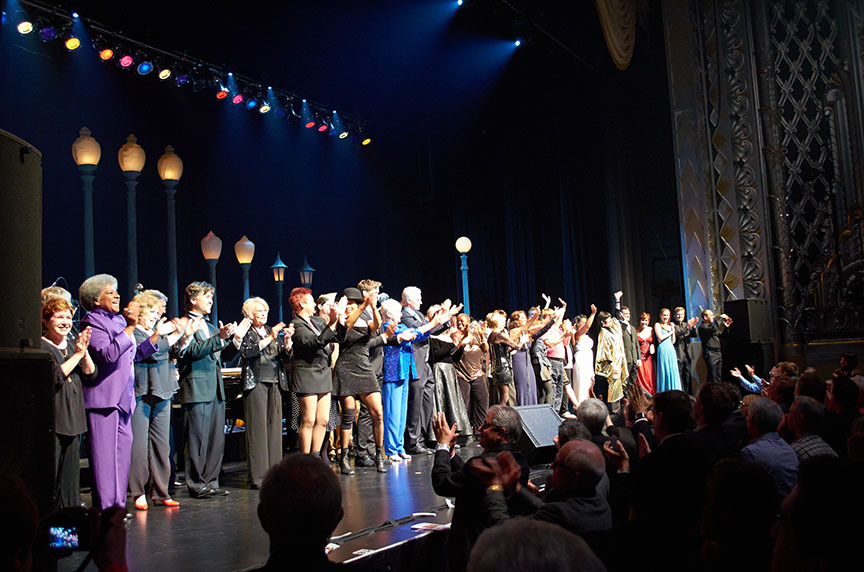 All Photography by Chris Kane