UPDATE: At 3:55 p.m., Aimee Copeland's father reported that she is showing tiny signs of improvement. "Her lungs have moved from being totally dependent upon the respirator to being 40-percent self-respiration," Andy Copeland writes.

A Georgia woman is clinging to life after a zip-lining accident left her with a flesh-eating bacteria that has already taken her leg.

A week ago, Copeland was healthy, playing in the water on a kayaking trip with her friends in Carrollton, Ga. She was using a homemade zip line last Tuesday when the line snapped, leading to a cut through her calf.

She went to a doctor, received stitches and left the hospital. But in the following days, repeated visits to the doctor didn't help the pain. By Friday, an ER physician had diagnosed her with necrotizing fasciitis, an infection from a rare flesh-eating bacteria.

Copeland was airlifted to a hospital burn unit in Augusta, where surgeons had to amputate the leg immediately, along with tissue from her abdomen to stop the bacteria from spreading. Doctors on Tuesday said her chances of survival were "slim to none."

The tragic details are outlined on a Facebook page set up by Copeland's father, Andy, called, "Believe and pray for a miracle to happen for Aimee Copeland."

"As if [the surgery] wasn't enough, Aimee arrested when they moved her from the operating table, but they were able to successfully resuscitate her," Andy Copeland wrote on the page Tuesday. "Aimee's probability of surviving the night is bleak. All we can do and all we have done is pray."

It's "the most horrific situation that a parent can possibly imagine," he added.

Today, Aimee's condition has worsened as her organs have begun to shut down, according to a site set up by her family for people who want to donate blood.

Anyone wishing to donate can visit the links above or send monetary donations to "Aimee's Fund," United Community Bank, 119 Maple Street, Carrollton, GA, 30117.

Correction: An earlier version of the story stated that Copeland's leg was amputated in Carrollton. She was airlifted to a burn unit in Augusta and doctors amputated her leg there. We regret the error. 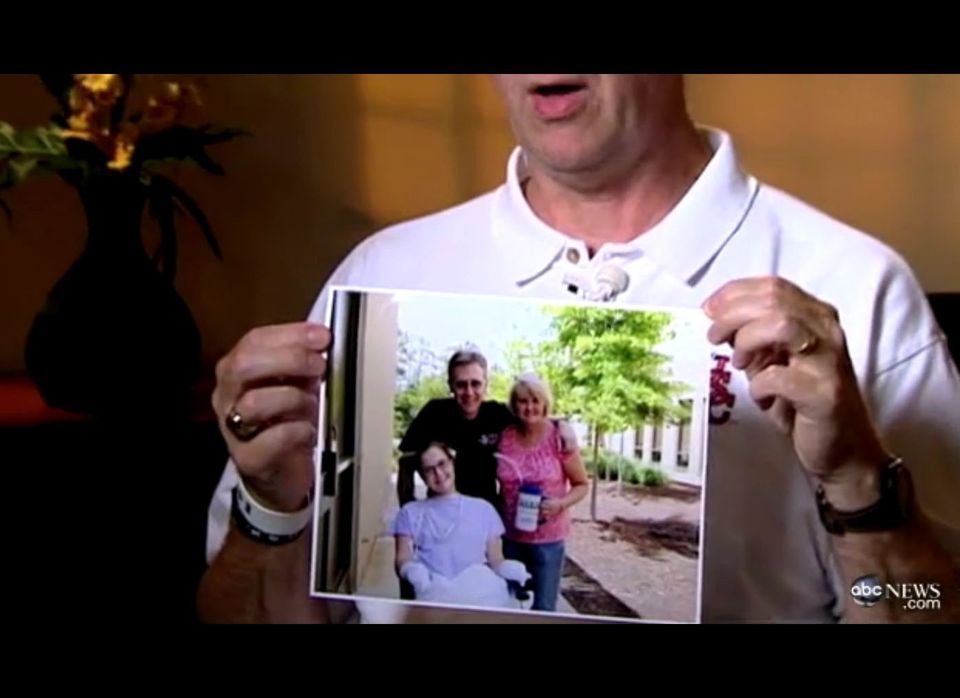 1 / 11
Aimee Copeland
Aimee Copeland was put on life support and had her leg amputated after a freak zip-line accident left her with a cut leg and a flesh-eating bacteria. Her family needs help -- to donate or leave warm wishes for Aimee, visit <a href="http://AimeeCopeland.com" target="_hplink">AimeeCopeland.com</a>.
AbcNews.Com