President Donald Trump’s campaign manager Brad Parscale tweeted ― then deleted ― a stunning image of Air Force One behind a large crowd at Florida’s Daytona 500 after Twitter users noted that the image was 16 years old.

The tweet, which was posted on Sunday and stayed up for around three hours, was retweeted at least 6,700 times and liked 23,000 times before it was removed, CNN reported.

″@realDonaldTrump won the #Daytona500 before the race even started,” the image was captioned.

The picture, which was shot by photographer Jonathan Ferrey in 2004, depicts Air Force One taking off from the Daytona Beach International Airport, which is adjacent to the speedway where the NASCAR race takes place. It was used as a file image in media reports in the lead-up to Trump’s appearance at Sunday’s event, but actually carried former President George W. Bush.

After removing the tweet, Parscale posted a new and less dramatic image from Sunday’s race with the same caption:

.@realDonaldTrump won the #Daytona500 before the race even started. pic.twitter.com/nzZXK6Gww6

Prior to its deletion, Twitter users identifying as Trump supporters replied to the original tweet with messages like “Amazing shot wow” and “WOW WHAT A SHOT!!!!!!!!!” CNN reported. Others pointed out the image’s origins and questioned whether it was an honest mistake or intentionally misleading:

Brad, that photo is from 16 years ago.

The question is always—-was this an honest mistake or is trumpworld using an another presidents photo dishonestly. https://t.co/w22UjkQVI4

The Trump campaign did not immediately return HuffPost’s request for comment.

Trump stoked racegoers with an Air Force One flyover followed by a lap around the track in the presidential limousine. His campaign aired an ad during the Fox broadcast of the race. A large “KEEP AMERICA GREAT!” banner also flew near the racetrack.

CLARIFICATION: An earlier version failed to mention Reagan and George H.W. Bush’s attendance at Daytona races. Both visited summer races at the track, not the annual Daytona 500. 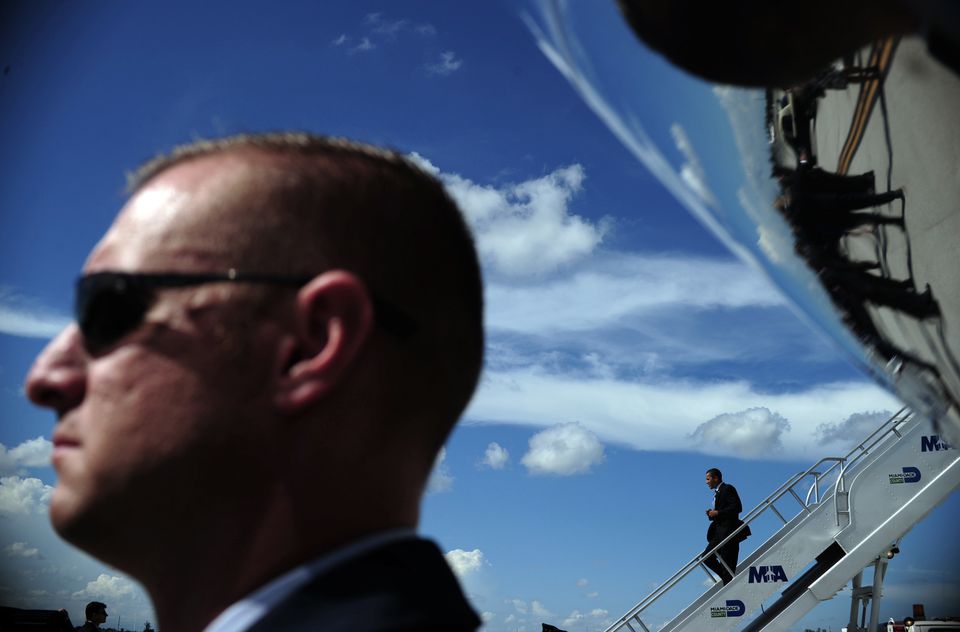