Air pollution may be to blame for millions of deaths per year, but which countries are the worst offenders?

Based on data unveiled in a study on air pollution deaths earlier this year, a new NASA map illustrates the nations with the highest rates of premature mortality due to air pollution. The map -- which compares data from Jan. 1, 1850, and Jan. 1, 2000 -- depicts the average number of deaths per 1,000 square kilometers (about 386 square miles) per year due to a particular type of air pollution: fine particulate matter. 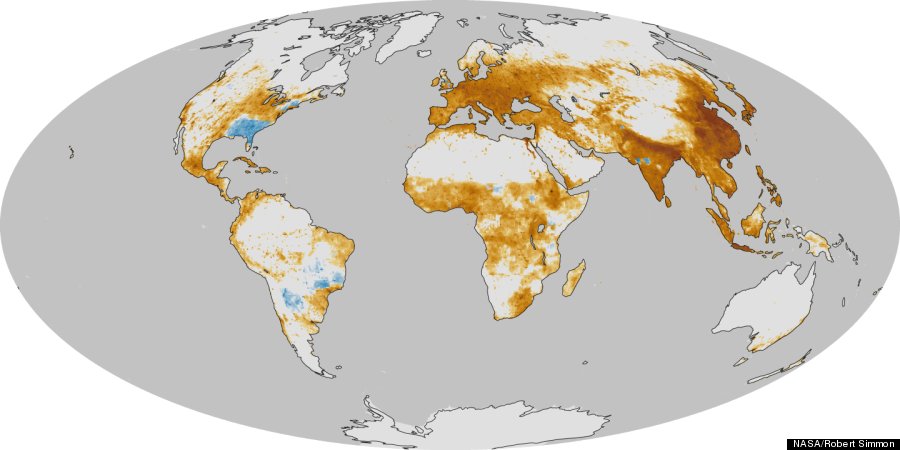 The results may not be surprising; the darkest brown spots cover regions in Asia. China's heavy pollution remains a hot topic, and a recent study linked air pollution from coal burning to shorter lives in northern regions of the country.

The map pulls from research conducted by Jason West, an assistant professor of environmental sciences at the University of North Carolina. In a study published in Environmental Research letters, West estimated that 2.1 million deaths each year are linked to this specific type of air pollution.

Also known as particle pollution, fine particulate matter is composed of a mixture of ingredients, such as acids and dust particles. According to the U.S. Environmental Protection Agency, the size of the particles inhaled is directly linked to their potential for spurring health problems. "Fine particles," which are 2.5 micrometers in diameter or smaller, are the most dangerous since the tiniest particles are more likely to enter the lungs through the throat and nose.

This week, West recommended one way millions of premature deaths could be prevented. Using a model that simulates the interaction between mortality and air pollutants, West and his team determined that reducing greenhouse gas emissions could lead to an overall reduction in pollutants, and thus decrease the likelihood of untimely deaths due to air pollution like fine particle matter.