The scorching heat wasn’t the only thing making New Yorkers sweat this weekend.

There was not a dry seat in the house.

Hosted by comedian Chris Trew, the competition brought together a myriad of performers and the rules were simple: There must always be an imaginary partner on stage and all orgasms must be simulated.

What started out as a one-time parody of an Air Guitar competition in Austin, Texas, four years ago has grown into a 14-city tour that culminates in a final world competition in December.

Men and women separately took the stage to perform their best solo sex acts for a crowded house of drooling onlookers, while a trio of female judges critiqued the show based on comedic appeal, sexual performance range and sexual energy.

Though this year had a noticeably smaller turn out, Trew says it brought some of the best performances he's ever seen.

The winner was returning champ, Jam Out With My Clam Out, who donned a geisha-inspired floor length robe, granny glasses, a head full of hair curlers and strap on rubber breasts for a finishing touch.

For her performance, Jam Out acted out a scene in which her (imaginary) husband died and she used her sexual prowess to try and revive him through his penis sans her teeth.

“I was not surprised Jam Out With My Clam Out won again, she knows how to win and she really wants to win. She’s easily one of the ten best [air sexers] in the country. She made a very big step tonight, she showed range,” host Chris Trew told the Huffington Post just after the show.

“She’s just very good, she had the crowd with her the entire time, she did something I’ve never seen before. When she took her teeth out, then her husband who died and she kept jerking him off, it was so good."

The keys to the competition’s sex-cess are its accessibility and comedic appeal, Trew says.

“I love that it feels like a sport and it’s still a comedy show. People see the show and think it’s a dirty show and that it’s taboo. But no, this is so accessible. Anyone can do it. It’s so crazy and it’s very addicting.” 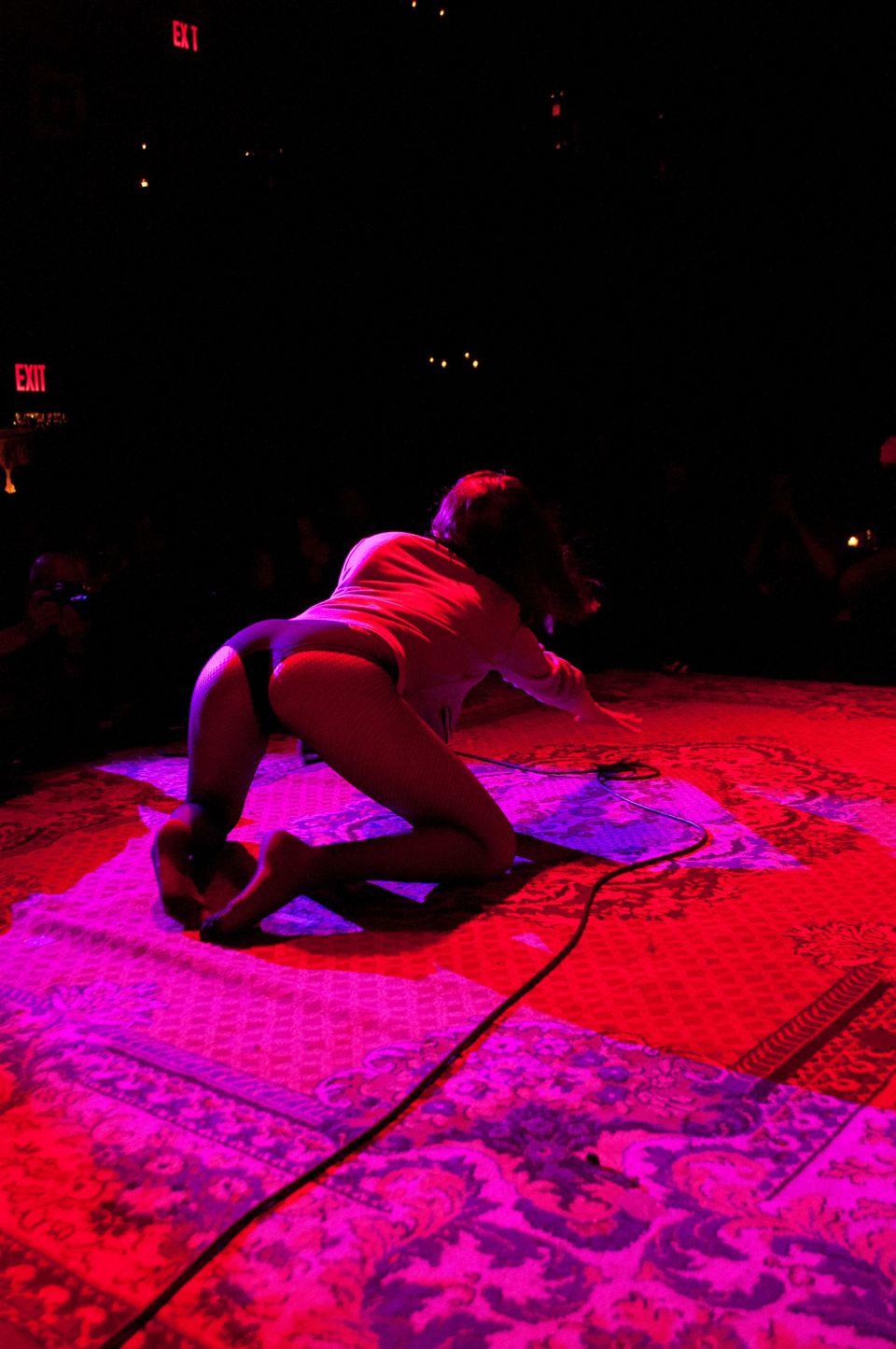