JAKARTA, Dec 1 (Reuters) - Chronic problems with a faulty rudder system and the way pilots tried to respond were major factors in the crash of an Indonesian AirAsia jet last year that killed all 162 people on board, investigators said on Tuesday.

The Airbus A320 crashed into the Java Sea on Dec. 28, less than halfway into a two-hour flight from Indonesia's second-biggest city of Surabaya to Singapore.

In their first public report, Indonesian investigators did not pinpoint a single underlying reason why flight QZ8501 disappeared from the radar, but set out a sequence spotlighting the faulty component, maintenance lapses and crew actions.

"There was a chain of events, starting with a broken (part), how it was handled and then after it was handled what the consequences were and how the pilot handled it. It's difficult for me to say what the main cause was," National Transportation Safety Committee (NTSC) investigator Nurcahyo Utomo said.

Bad weather did not play a role.

The crash was part of a string of aviation disasters in Southeast Asia's biggest economy, where rapid growth in air travel has led to overcrowded airports and stirred safety concerns.

The NTSC said a system controlling rudder movement on the plane had cracked soldering that had malfunctioned repeatedly, including four times during the flight and 23 times over the previous year.

Officials told reporters there were indications from the black box data recorder that crew had tried to shut off power to the computer that controls the rudder system by resetting a circuit breaker, something not usually done during flight.

They cautioned there was no proof of this but said they had recommended to Indonesia AirAsia and Airbus that they take steps to prevent pilots from "improvising" when faced with problems.

"The thing we recommend is to please provide some procedure to prevent the pilots from improvising. Today maybe they improvise by pulling the circuit breaker, tomorrow they may do something else," said Utomo.

Investigators confirmed that to reach the circuit breaker, the captain would have had to leave his seat. In February, the NTSC said there was no evidence for a Reuters report that the captain had left his seat or that the power was reset.

The temporary loss of power to the computer would have canceled the autopilot and removed automated protections against an in-flight upset, handing manual control to the crew.

"Subsequent flight crew action resulted in inability to control the aircraft," the NTSC said in a statement.

Flown by the French co-pilot, the plane reared higher and entered a stall, a state in which the aircraft loses lift.

The captain was heard shouting "Pull Down," a command that investigators called "confusing" as a clearer instruction to point the nose lower and avoid a stall would be "Push Down."

Instructors and automated avoidance systems use "Pull Up" to mean pulling the stick back, which can cause or deepen a stall.

During this time, the rebooted computer was coming back to life and waiting for new instructions.

"The computer was back on but it wasn't functioning to control (the aircraft). If they'd wanted it to control again there's a button that must be pushed. If your Blackberry dies, you pull out the battery. When it comes back on you have to enter your PIN," Utomo said.

The plane reached an altitude of 38,000 feet before falling at a maximum speed of 20,000 feet per minute. There were "about five minutes" from the time it stalled to the moment of impact.

'MUCH TO BE LEARNED'

Reuters first reported in January that investigators were examining maintenance records of the flight computer and how the crew responded to any technical fault.

The report is not intended to attribute blame and cannot be used in court but could influence a potential legal battle and sour relations between Airbus and its top Asian customer.

Lawyers for victims' families, airline and manufacturer are likely to debate whether the problem with the rudder system was solely a maintenance issue or whether its design was robust. Some relatives have begun action against the airline and Airbus.

"There is much to be learned here for AirAsia, the manufacturer and the aviation industry," AirAsia founder Tony Fernandez tweeted.

"Airbus has just received the final accident report. We are now carefully studying its content," a spokesman said by email.

(Additional reporting by Randy Fabi and Michael Taylor in JAKARTA and Tim Hepher in PARIS; Editing by Tim Hepher and Sanjeev Miglani) 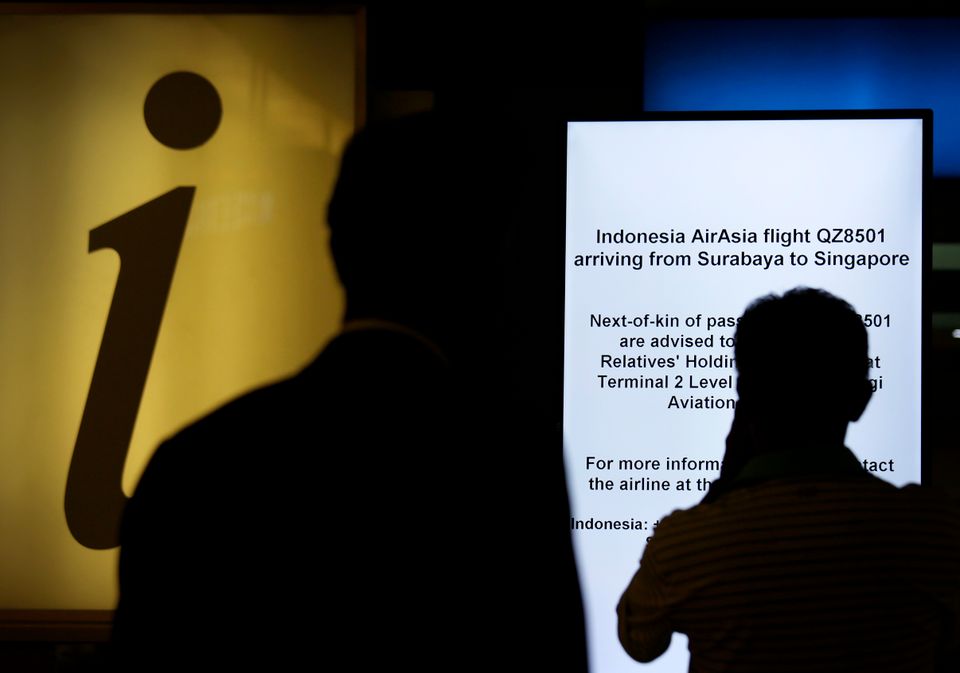