Great adventures begin each time we open the door. Sometimes, they carry us away from the familiar comfort of our daily lives and into a different world. Travel may bring lonely moments and challenging encounters -- trying to settle into a new place, speaking a different language -- but it also can connect us with people unexpectedly, sometimes in our greatest moment of need.

We partnered with Airbnb to ask travelers about moments of kindness they experienced abroad that made them feel at home. From coast to coast, country to country, we discovered the world is full of incredible souls. 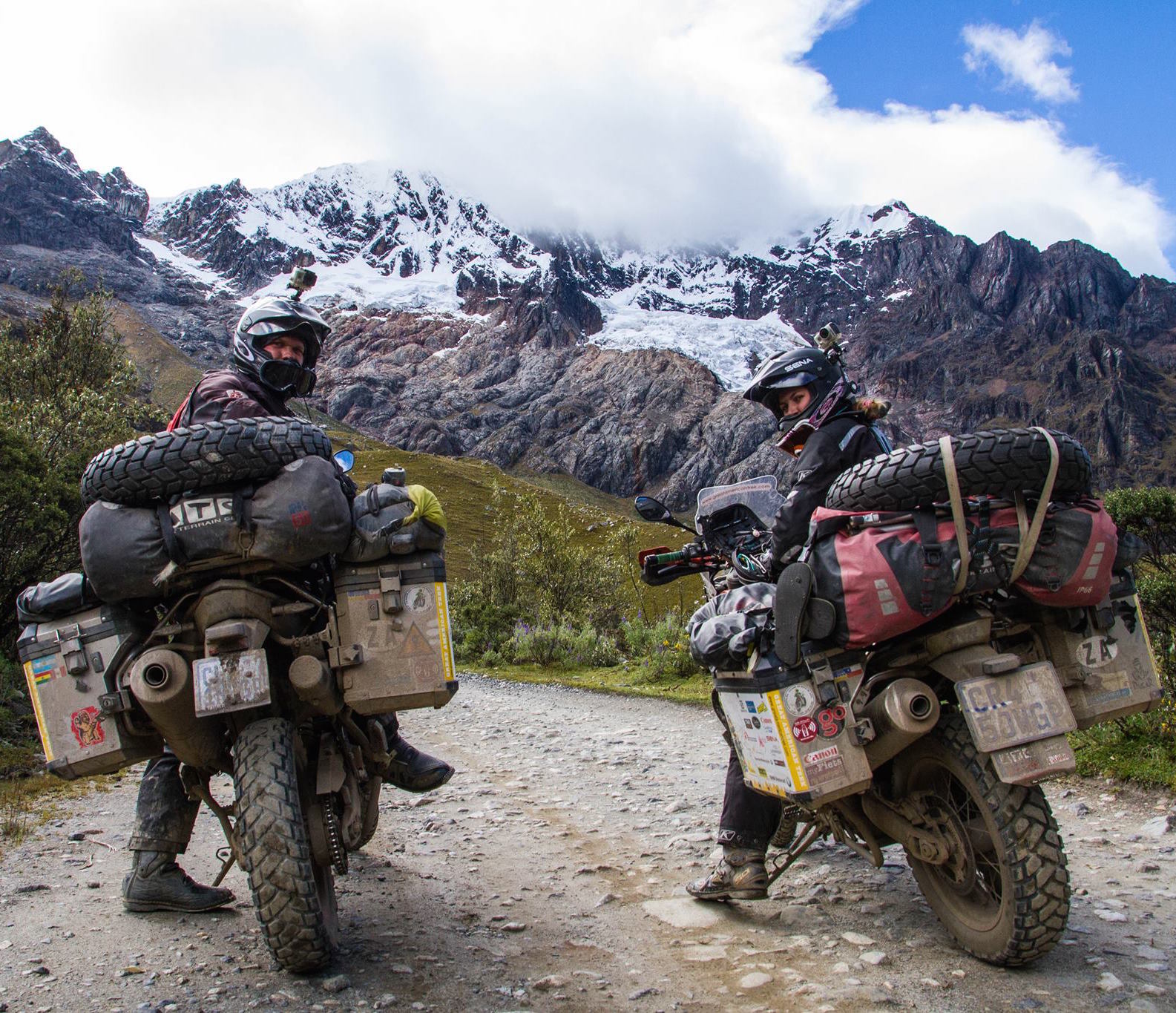 Matthew (pictured above left) and his wife, Megan (above right), both physicians, were traveling from Argentina to Alaska by motorbike to raise money for Doctors Without Borders. By the time they arrived in Colombia, they had trekked the entire length of South America and were in rough shape. It was then that they ran into Oscar, the owner of a coffee farm, who opened up his home to them.

“Oscar not only let us have the run of his finca, but also gave us each a quad bike as well as an off-road rally ATV to blast around the coffee region with,” Matthew says. “We spent a blissful week with a full beer fridge, a whirlpool Jacuzzi and a massive pool, an unbelievable treat after traveling on a wing and a prayer for so long.” 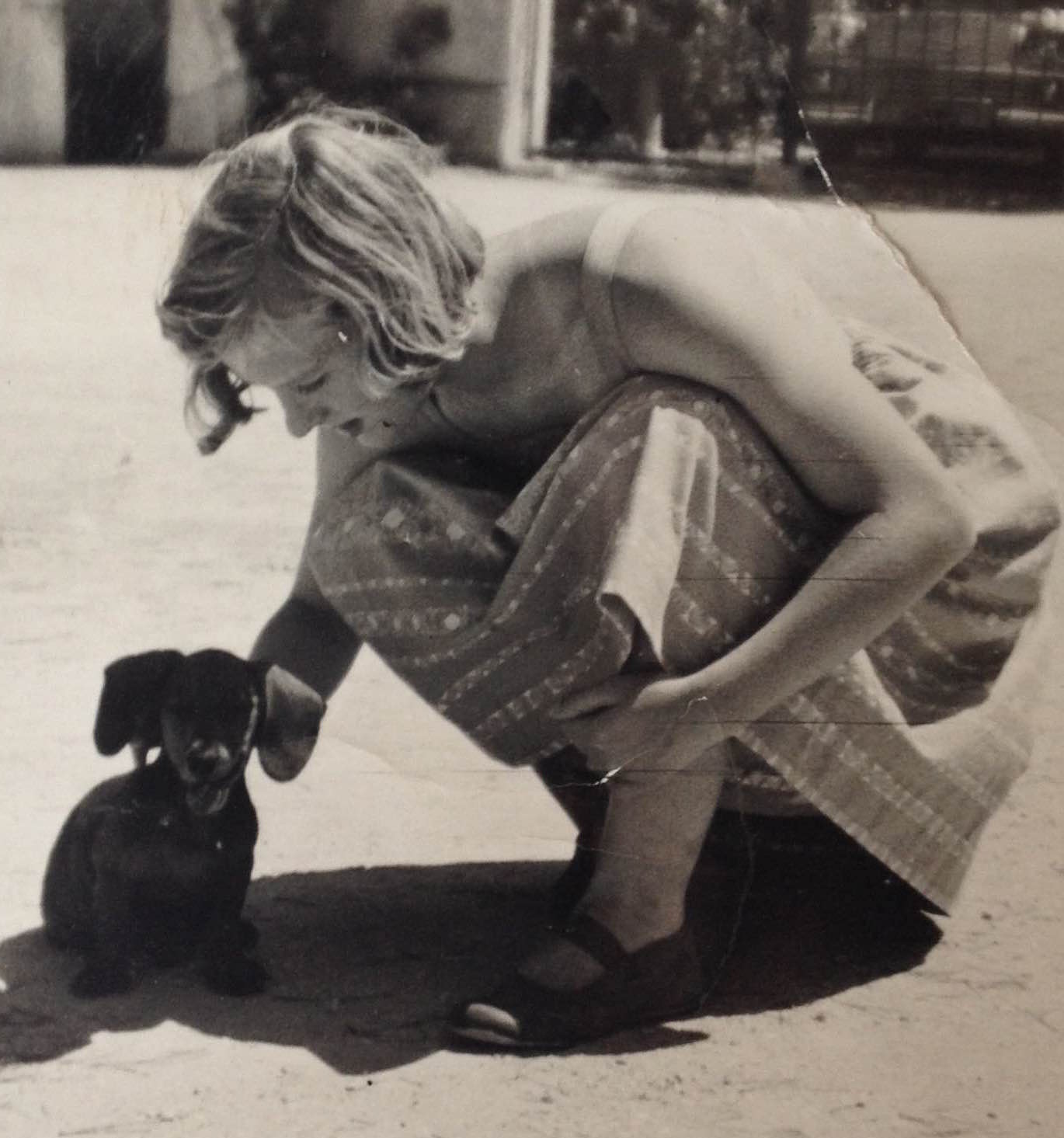 In 1959, Mary was a 12-year-old English girl, living with her family in eastern Libya, near Cyrene. While walking her dachshund, Laddie (pictured above), in the hills around the town, she realized she was completely lost. She passed an Arab woman who was baking bread over a huge dome. Mary asked for help, but they couldn’t understand each other. A young man walked up.

“She spoke to him,” Mary says. “He beckoned me to follow him. He took me home to my parents! [They] hadn't even missed us.”

Mary, the daughter of an ambassador, grew up in many different places and now lives in London. 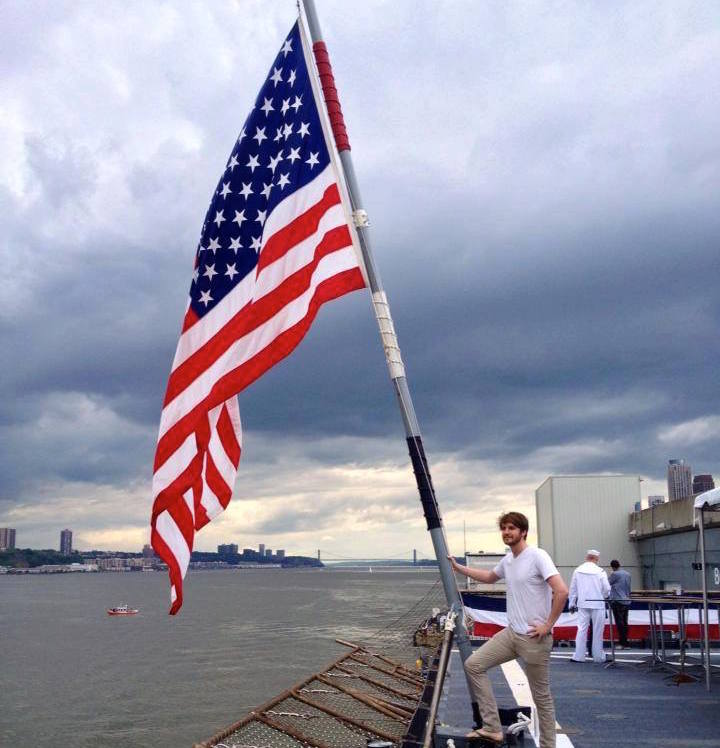 On his first night in New York City, Andrew stumbled into the cheapest bar he could find, broke and shell-shocked by the exchange rate. There was an elderly Russian woman behind the bar. She asked where he was from, and Andrew told her he’d just arrived in the city.

“She gave me free drinks for the whole night,” Andrew says, “followed by a ‘Welcome to New York.’” 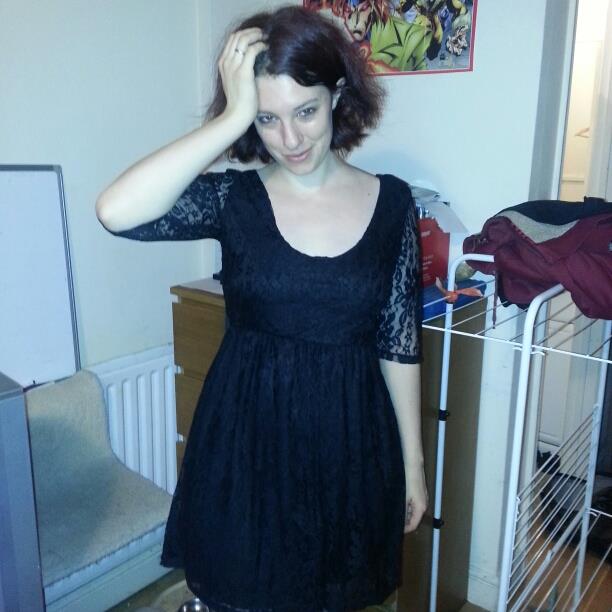 Two years ago in London, Sophia and her wife were sitting opposite an elderly woman on the Tube. Sophia wanted to be affectionate with her wife, but her wife was worried they may offend the woman. When the passengers disembarked, the woman approached the couple and asked, "Were you at Pride last weekend? I've gone every year since it started in 1972. I have a gay nephew and feel it's really important to support him and anyone else whose lives have been affected by homophobia."

They were blown away. Sophia and her wife still live in London. 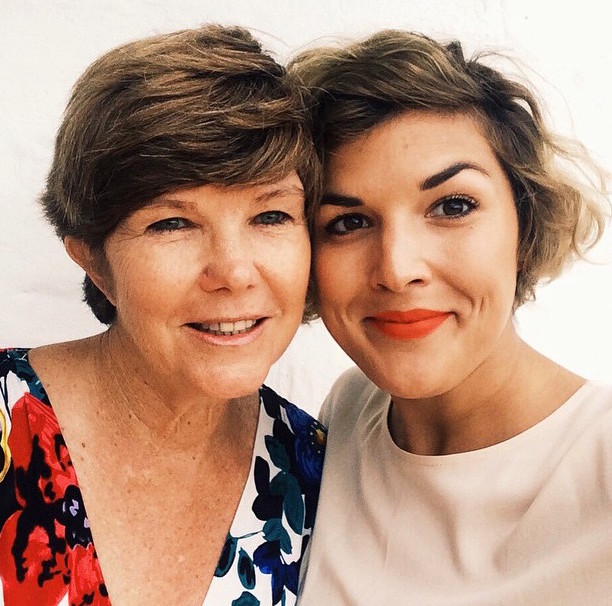 While living in Luxembourg, Gina (pictured above left) gave birth to her second child, Leila (above right). During labor, Gina’s hips dislocated. She was told not to move for three months.

With a 3-year-old son and new baby to care for, this seemed impossible. Once Gina left the hospital and got back to her residence in Luxembourg, local women began turning up -- “with a meal, time to babysit, tidy and just help,” Gina says. “The generous support of these women, some I knew and some I did not, was a lifesaver.”

Gina is now back in Johannesburg, South Africa. 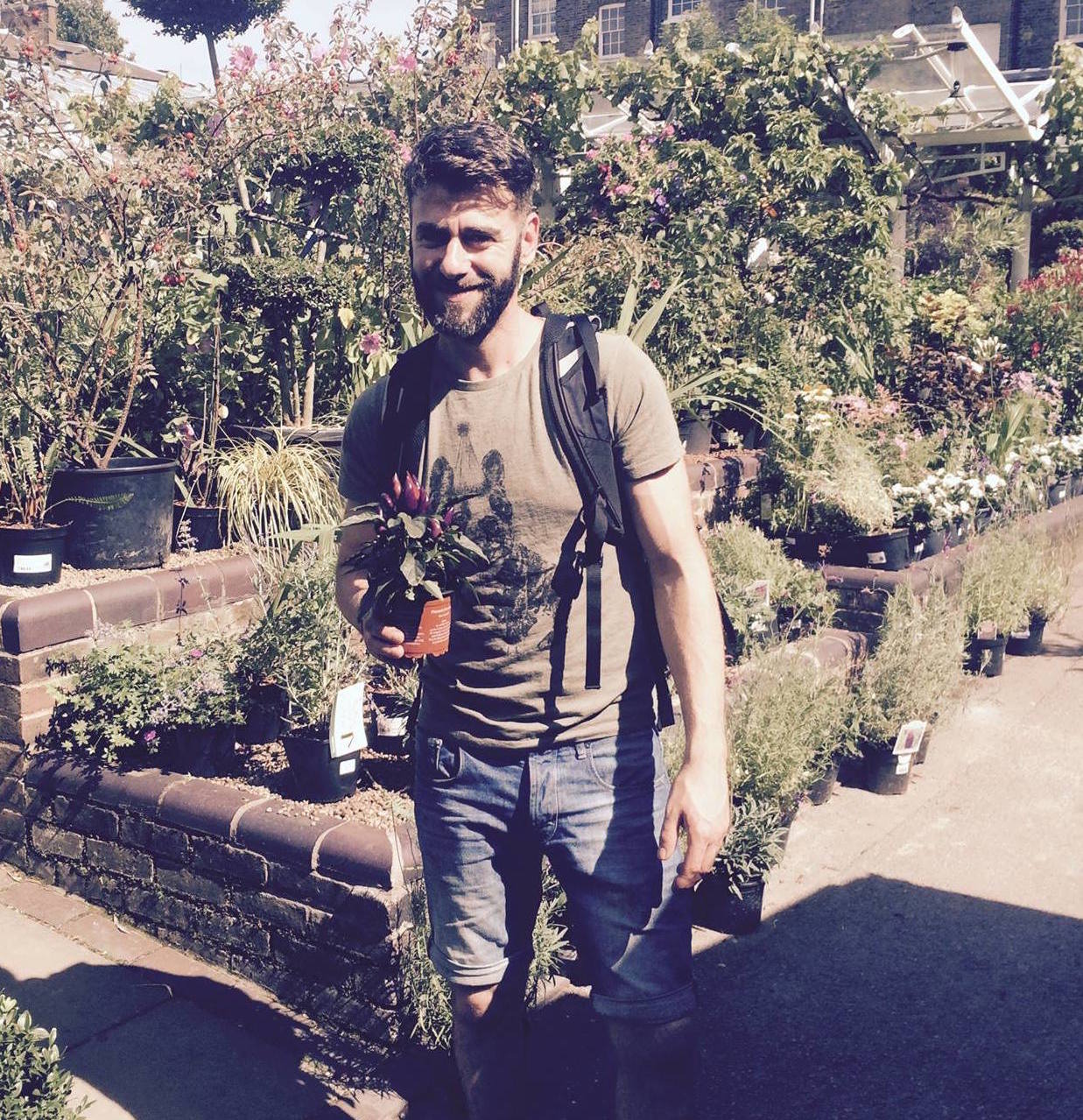 Ten years ago, Raul bought a one-way ticket to London. When he landed at Heathrow, he realized he had no idea how to get to Piccadilly station or where to go next.

Luckily, the chatty English ladies he had been sitting next to turned out to be all the help he needed.

“I panicked as I got my bag out of [the luggage compartment] above,” Raul says. “The ladies asked if I was OK. ‘No English’ was all I could say. One [spoke] a bit of Spanish, enough to understand my predicament. They wrote down what I would need to ask for [a travel card], how to ask for it, and a few useful phrases like ‘good morning’ and ‘thank you.’ Afterwards, they wished me luck."

Today, Raul lives in London still, with his fiance. 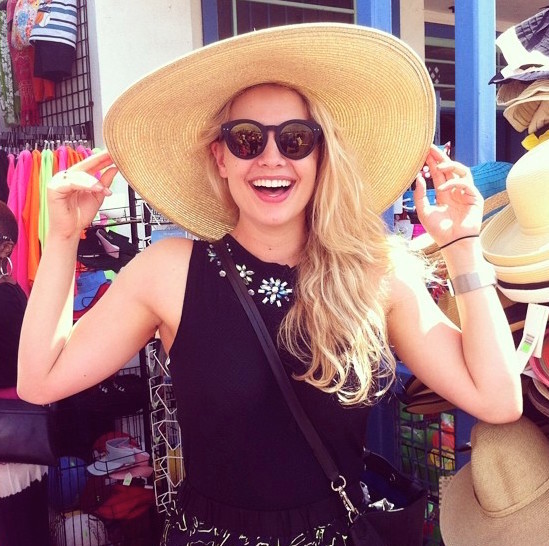 While studying dance in New York City, Emily found herself locked out of her apartment at 1 a.m. after a trip to visit friends. She couldn’t reach any locksmiths at that time of night. Distraught, she called her dad in Australia. He gave her a pep talk and instructed her to get something to eat to help calm her down. With only $5 in her pocket, she made her way to the local diner.

“The waiters let me sit in the corner booth for the rest of the night,” Emily says. “They kept refilling my coffee and left me to myself, no questions asked,” until the morning came. 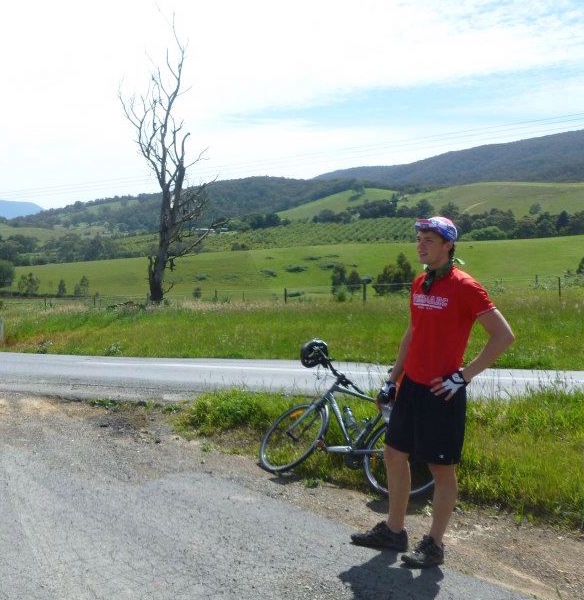 In 2012, Mark and a friend cycled from Melbourne to Brisbane, Australia, camping along the way. When the two got caught in a storm in the small town of Merimbula, a local church took them in for the night. The next morning they were woken up by ladies from the local bridge club.

“[They were] excited to meet these church invaders,” Mark says. “They made us tea and shared their home baked cookies.” 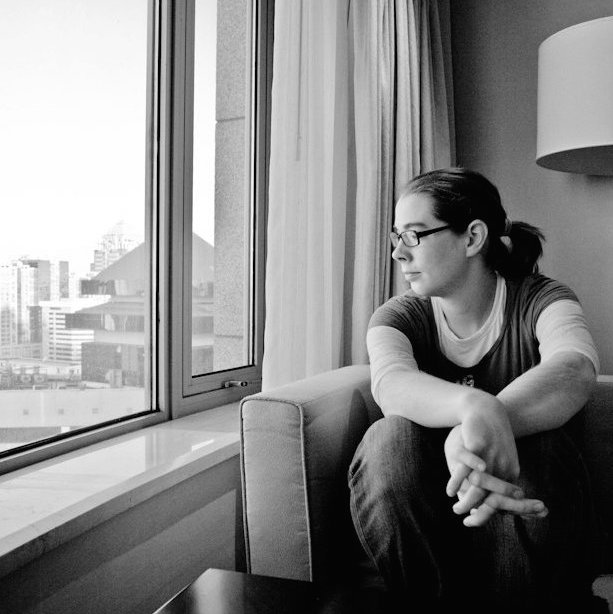 For a year Sam lived in Korea teaching English. When she first arrived, everything was strange to her. She struggled to order food in restaurants. She was confused by the local customs. After surviving her first week, she decided to brave the pizza restaurant below her apartment. The lady who served Sam helped her to understand the menu, in halting English.

“She pointed upstairs and said something I didn't understand,” Sam recalls. “She held up the number four. I lived on the fourth floor and she was offering to bring my pizza to me,” Sam says. “She brought my pizza and a free drink as a welcome.” 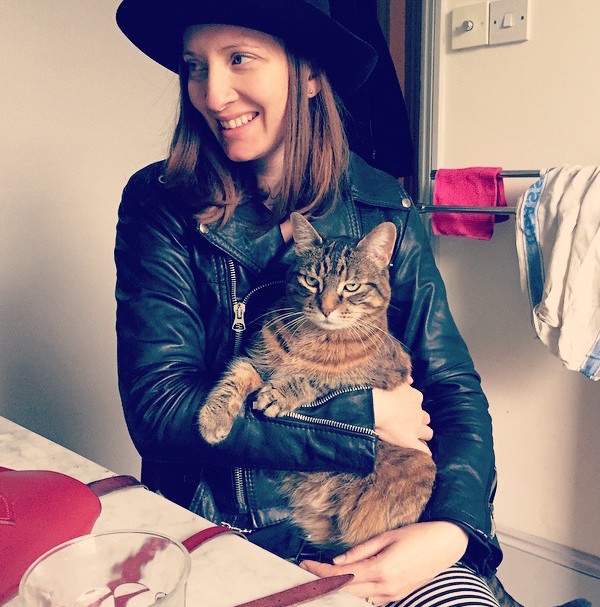 After their first year in London, Alison and her husband finally felt settled and began to search of a new home. Sixty seconds into touring a flat in de Beauvoir, Alison announced they’d take it. In her excitement she’d forgotten to mention the couple had a cat, Abby. She called the landlady, thinking it was a potential deal-breaker.

“Our landlord paused. Then she said she was a great animal lover, from cats to dogs to birds to foxes,” Alison recalls. “She even asked if we would like to install a cat flap.”

Alison and her husband still live in the same London flat. 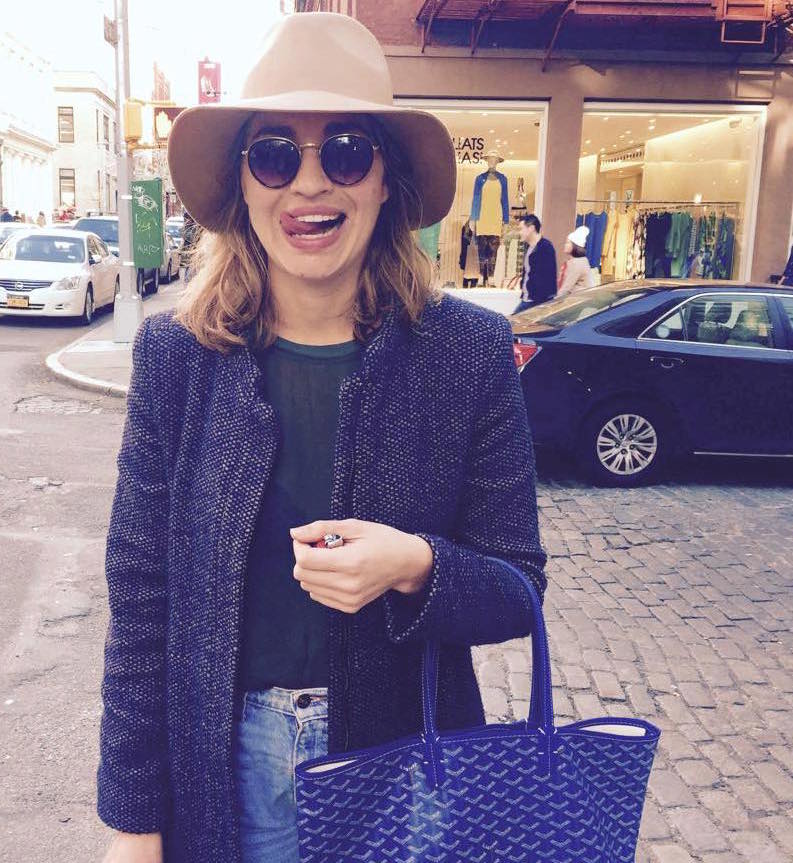 In a cab on her way home from a show at Music Hall of Williamsburg, Erin struck up a conversation with her New York City cab driver. Soon they were debating who had the city’s best pizza. They were about to pass Erin’s favorite -- a spot called Joe’s -- and Erin suggested they give it a try. Unfortunately, Joe’s accepted cash only and Erin had none.

“[The cab driver] gave me money, stopped the meter and waited for me to grab two slices,” Erin says. “We sat and ate the pizza in his cab and then he dropped me home!”

Founded on a belief in the fundamental goodness of people, Airbnb believes that kindness is part of who we are as a species, whatever our gender, nationality or race. Visit blog.airbnb.com/is-mankind to learn more about how Airbnb is asking people to discover the kindness of man for themselves.