When Ari Teman decided to rent out his New York City apartment for the weekend, he expected to find a man and his out-of-town family quietly enjoying the accommodations.

The New York Post reports the 31-year-old comedian had let Airbnb user David Carter stay at his humble abode. Carter, who had a verified Airbnb account and positive reviews, originally informed Teman his in-laws would be staying with him to attend a wedding. 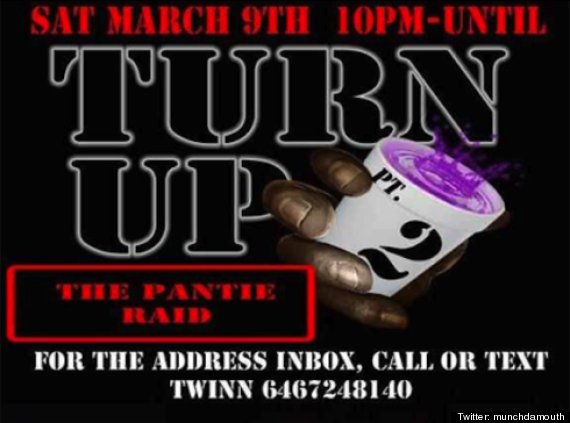 Ad for one of Carter's previous parties posted on Twitter.

Teman uncovered the dirty truth by accident when he popped back into the building to pick up luggage for the weekend.

“The worst part of the Internet right there was in my apartment," Teman told the Post. The rowdy party was apparently causing such a ruckus, the building's management was in the process of shutting it down when Teman returned.

As for Carter, he told The Post he never advertised the address of Teman's apartment. He also maintains he did "nothing wrong."

Teman now claims on Tumblr he is now being evicted.

Gawker reports Airbnb has since removed Carter from their site. The company also reimbursed Teman for any damaged property and has "ensured he has a new place to stay."