Imagine never again having to plug your phone into a wall outlet to charge it.

Lammoglia designed a mask, appropriately called AIRE, that uses small wind turbines to convert an individual's breath into electrical energy, making it so that any act of breathing -- even while sleeping or running -- would theoretically charge your gadget.

Don't hold your breath for this just yet, though: Lammoglia said that for now, it's just a concept. "At this moment, we don't have the technology for it," he told The Huffington Post.

But selling the product isn't the point of the design, he said. "I believe the concept is the most important because it gives another perspective about how to look at energy," he said, adding that he hopes it inspires people to think "outside the box" about energy solutions. "I've always been concerned about environmental problems, so that's why I develop these concepts."

Other concepts the 27-year-old has thought up include a self-powered UV water filter, a product that uses kinetic energy produced by walking to charge small devices, and a doormat that transfers energy from sweeping feet to power a doorbell.

Lammoglia said that the inspiration for AIRE -- which won a Red Dot Design Award for Design Concept in 2011 -- came from seeing children blowing on pinwheels.

AIRE, Conceptual Mask, Would Charge iPhone With Your Breath (IMAGES) 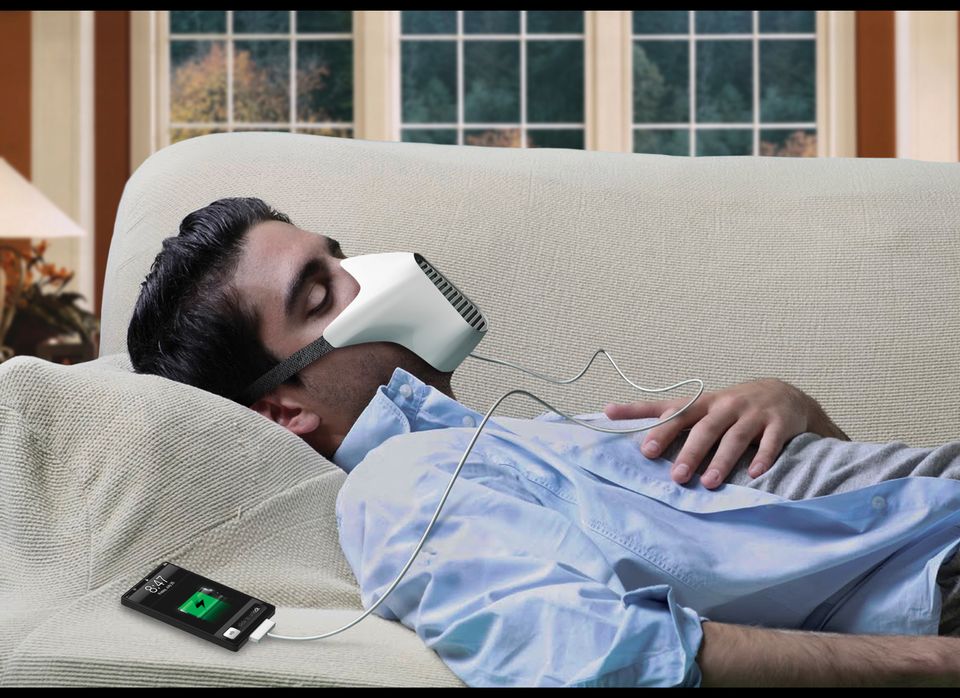