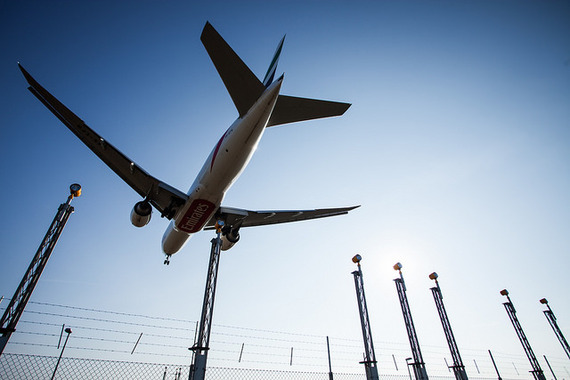 If you resolved to travel more in 2015, good news: According to a new report from Expedia, it's a great year to be a traveler. The report, released in December 2014 and co-produced with data from the Airlines Reporting Corporation, offers mostly encouraging news for travelers, including an all-around decline in airfare prices to North American and European destinations.

To help dissect the report, U.S. News called on Greg Schulze, Expedia's senior travel executive. He answered the travel questions that plague every jetsetter, including how far in advance to purchase airfare, whether or not it's worth it to splurge on a premium-class seat and why booking a package deal is cost effective.

See: Navigating the Landscape of Airline Loyalty Programs in 2015

Book early, but not too early
This year, the perennial rule still applies: To get the best deal, you need to book airfare early. Since "early" can mean anything from a year to 60 days, the report looked to ARC data to pinpoint just how many days qualifies as early enough. According to the numbers, the lowest prices for most domestic tickets are between 50 and 100 days prior to departure. So what's the sweet spot in that period? ARC data found that the lowest average ticket price, $401, is found 57 days in advance. According to the report, domestic travelers saved between $195 and $225 by booking more than three weeks prior to departure. If you're headed overseas, you'll need to purchase 171 days prior to takeoff, when average international prices are $1,004.

Schulze said you should use this as a general rule of thumb, especially for destinations like Boston and New York, but he also noted that some surprising locales yield better deals when booked last minute. According to the report, top vacation destinations like Mexico, the Caribbean and particularly Hawaii showed the least amount of savings when booked more than three weeks in advance. Why the disparity? Schulze noted that flights to major business hubs like New York, Chicago and Atlanta fill up fast with business travelers, while flights to beach markets usually have unsold seats that airlines fill at lower, last-minute prices.

Another factor in the booking process: The best day of the week to buy. The report confirms that Tuesdays offer the most savings (an average of $28) compared to other days of the week, but it also concedes that fare prices can change day to day, even minute by minute, and your best approach is to monitor prices over a few days or weeks. "Booking on a certain day is less important than booking far enough in advance," Schulze added.

Take a long weekend and save
Now that you know when to buy your ticket, when's the best time to travel? "Try not to overlap with business travelers," Schulze said. This means you should avoid departing on a Friday and returning on a Sunday, when the influx of both business and leisure travelers drives up the fare cost. Take a long weekend instead and book the cheapest combination -- a Saturday to Tuesday trip. By taking a few days off of work, you can save up to 25 percent, according to the report.

See: In-Flight Etiquette: How to Be a Better Passenger

Look for package deals
After you've scored a great airfare deal, it can be easy to get travel planning fatigue and put off booking a hotel. But if you don't reserve your airfare and lodging at the same time, you could be missing out on some significant savings. According to the report, booking both lodging and airfare simultaneously can yield hundreds of dollars' worth of savings. In destinations like NYC, Maui and the Riviera Maya, booking a package generated more than $1,000 in savings compared to when the flights and hotel rooms were booked separately.

Consider premium cabin seating
For many travelers, purchasing a first-class ticket is a luxury, but as Schulze puts it, "The first-class experience is accessible." Though premium-class seats aren't necessarily becoming more affordable, the gap between these two seat classes is narrowing, meaning premium-class tickets are potentially more valuable than economy-class fares on short-haul routes. And if that trend continues, premium-class fares could be within reach for a larger percentage of travelers. So what's behind the trend? According to the report, discounted first-class upgrades are a contributor, but so is the frugality of corporate business travelers, who have reduced premium cabin bookings for short-haul flights, thus leaving more empty seats. Next time you book, compare the price differences between the two fare classes. Are the first-class perks worth the added price tag? For some travelers, the answer may be yes.

Take advantage of lower prices
Airfare pricing can vary widely by region, but Expedia expects prices to drop in North America and Europe in 2015. The report offers a few reasons for this shift, including an increase in demand (a consequence of economic growth and a drop in unemployment in the U.S.) leading to more flights and a drop in fares. Lower fuel prices are another factor, but Schulze points to the growth of low-cost carriers like Frontier and Spirit as another major reason flight prices will continue to decline. As these carriers start to stake claim in markets like Houston, Dallas and Detroit (destinations with a distinct legacy carrier presence), an increase in competition will lead to a decrease in prices. Schulze said this growth is positive for consumers, who benefit from the increased capacity in key leisure markets like Mexico, where low-cost carrier presence is expected to increase from 34 to 61 percent in 2015. Low-cost carriers like Ryanair and Wizz Air are also behind lower prices in Europe. Across the pond, legacy carriers are being forced to unbundle fares (in which things like checked baggage fees are no longer included in the overall ticket price) to stay competitive.

About the author: Ann Rivall is a Travel Editor at U.S. News. You can follow her on Twitter, circle her on Google+ or email her at arivall@usnews.com.