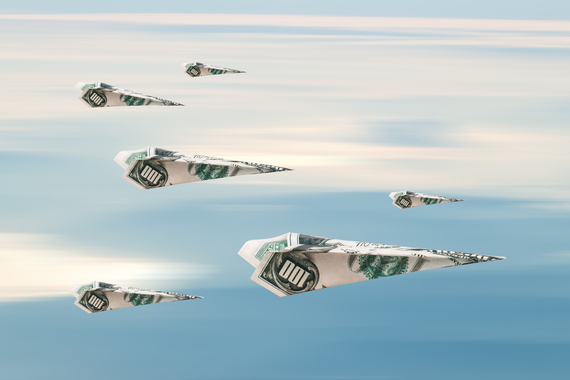 Do you have the right to room on a plane?

If you answered "no," you're probably with the majority of American travelers. After all, airlines are private companies, and you always have the option of paying more for an upgraded seat, don't you?

But recent efforts by consumer advocates are turning the conventional wisdom about space on its head. Taken together, their initiatives have started an important debate about whether air travelers have a basic right to room on a plane, no matter where they sit. If these consumer groups win, it could trigger a tectonic shift that might improve air travel for everyone.

Why are we having this discussion now, more than six decades after the start of the jet age? Because seat space is shrinking at a troubling rate. The average economy-class seat pitch, a rough measure of legroom, has plummeted from 35 inches before airline deregulation in the 1970s to about 31 inches today. And the average width of a coach class seat has contracted from 18 inches to about 16½ inches.

The changes have benefited airlines, which are now enjoying record profits. But passengers are feeling the pinch -- literally -- and now consumer advocates are launching a coordinated effort to defend your right to room.

Two consumer organizations, Travelers United (disclosure: I am the group's co-founder) and FlyersRights, have staged a coordinated effort to change government policy on airline seats. FlyersRights has petitioned the federal government to create a regulation mandating minimum seat width and seat pitch for commercial airlines. And Travelers United, representing consumers on a government advisory committee, has lobbied to address the amount of space allotted to air travelers.

Reducing seat size further, he notes, "would only expand the issue and cause greater health, safety and comfort concerns."

The Department of Transportation (DOT) hasn't formally responded to the petition.

Meanwhile, the consumer representative on the DOT's Advisory Committee for Aviation Consumer Protection has pushed the government to take action on the issue. Charles Leocha, chairman of Travelers United, says he successfully persuaded the committee to recommend testing smaller seats for safety. But efforts to persuade the panel to take a stand on seat size were blocked by the committee's airline representative.

"I was very disappointed that we didn't come up with a committee recommendation on personal space on aircraft," Leocha says. "We'll work with FlyersRights.org on the rulemaking petition."

Airlines view the committee's failure to recommend seat standards as a vindication of their position -- that government should not regulate, but instead allow market forces to set seat size.

"Competition should determine what is offered," says Jean Medina, a spokeswoman for Airlines for America, an airline trade group. "Those offerings are one component of what drives competition and product differentiation among airlines. And as with any commercial product or service, customers vote every day with their wallets."

Just a few days after this argument erupted, I had the opportunity to visit the Canadian Museum for Human Rights in Winnipeg. As I viewed a rare copy of the Magna Carta, and toured the exhibits that chronicled centuries of struggles for human rights, I wondered: Could we also have a basic right to space on an aircraft?

It sounds almost laughable next to other basic human rights, until you consider the fact that the federal government already regulates the amount of space animals get in the cargo hold. So it has already said, in effect, that some passengers have the right to space -- even if they aren't human.

"There should be some protection against overcrowding," Joanie Connell, a social psychologist, tells me. "Especially for legroom and for body space. I have long legs and they get cramped, especially when someone reclines their seat in front of me."

"There is indeed an interesting argument to be made for a basic human right to physical space on an airplane," says Laine Strutton, a Winter Park, Fla.-based human rights expert. "It is part of a larger discussion about the fundamental need for movement."

On commercial airliners, you could argue that passenger space is needed to fulfill other legal rights that we already agree on, such as those of members of the disabled community who are entitled to sufficient room under the Americans with Disabilities Act, or a new mother who needs room to nurse her child, she says.

Some will certainly see that as government interference in a free market. But that argument doesn't hold up when you take a closer look, Strutton says. The state has intervened countless times to regulate practices within the private sector, including safety regulations within the auto industry.

"I foresee a time when the idea of minimum space standards on airplanes is as readily accepted as the idea that all cars should have seat belts," she predicts.

Hudson, of FlyersRights, sees parallels between today's discussion and one that happened a century ago.

When there were no effective regulations on transatlantic transportation, he says, steerage passengers were packed in egregious conditions, "and their fares actually subsidized first-class passengers as well as fattening shipping company profits," he says.

But it's the safety argument that will win this debate. Hudson hopes government regulators will act before a disaster forces them to. He's worried specifically that seats on some of the discount carriers are wedged so closely together that it would be impossible to evacuate the aircraft safely during an emergency.

When the Titanic embarked on her maiden voyage without enough lifeboats, the dynamic was much the same as it is today, he says. It took more than 1,500 deaths to persuade regulators to improve safety practices, including better ship design and adding enough lifeboats.

"Even today," he adds, "laissez-faire fanatics and most airlines are against all regulation."

But the tide is slowly turning, as it has for so many other human rights issues over time, in favor of sensible and compassionate regulation that protects the lives of passengers. There's evidence that even airlines understand that regulation is inevitable. Advocates say they've signaled an openness to address some of the health and safety concerns they've raised.

Of course, critics will warn that the cost of a plane ticket will rise and that government interference will stifle competition. But in the end, do you really want to be flying in an ever-shrinking, unsafe and unhealthy space that doesn't respect your human dignity?