On Tuesday, less than a week after Standard and Poor's downgraded U.S. credit for the first time in history, a plane circled lower Manhattan with a banner that read: "Thanks for the downgrade. You should all be fired," according to a tweet by AmericanBanker. It has since come out that the stunt was paid for by an unnamed broker from St. Louis, according to Fortune.

But if the patron had gotten her first choice, the plane would have been circling another city center.

"I originally wanted to fly it over Washington, D.C., but learned that you can't do that," she told Fortune anonymously, for fear of losing her job. "So I chose Wall Street instead, but didn't specifically intend it to fly over S&P."

"She’s not mad at S&P, she’s mad at Washington D.C.," a friend of the broker told The New York Observer, "She called me up to have me talk her out of it, and of course, I didn’t, because I think it’s funnier than s**t.”

Scroll down for photos taken by Twitter user @stepliana and Chris Egebo. 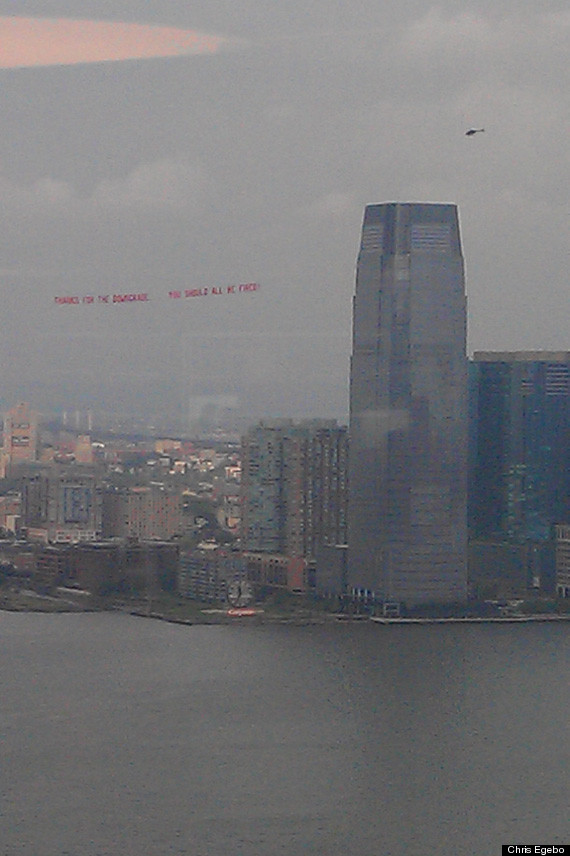 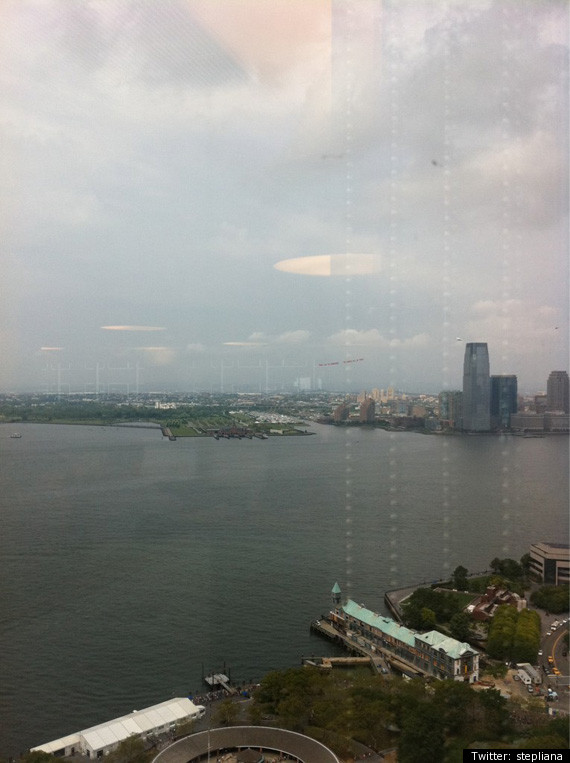