A pack of ravenous dogs, a nightmare, a visit from a war-haunted friend, this was how film director Ari Folman's period as an Israeli "grunt" in the 1982 invasion of Lebanon first returned to him. But when he began to search for his own memories of that war, what he found instead was a puzzling, disturbing blank. Tentatively setting off in pursuit of those missing memories, horrors buried for almost a quarter of a century, he also launched himself on a path that would lead to his award-winning, Oscar-nominated animated film, Waltz with Bashir, and an accompanying graphic memoir of the same title, developed in tandem with it.

The first part of that book -- of his memoir/journey -- appeared at TomDispatch last Saturday. When we left him, a former friend and fellow soldier was just describing his grim landing on a beach in Lebanon in the early days of the invasion. Now, in part 2 of Waltz with Bashir, we pick up the story soon after the seemingly blank landscape of Folman's memory has suddenly, inexplicably, been illuminated by a -- flashback? hallucination? memory? -- of himself rising naked from the sea to step into a war-torn Beirut night.

Part 2 of this exclusive excerpt from Waltz with Bashir takes up after Folman has managed to reconstruct his first days of the war. In the stunning, unnerving pages that follow, he begins to restore to memory his arrival in Beirut and the events that will ultimately lead him to the dark, shattering center of what he has forgotten: the horror of the massacre of Palestinians in Beirut's Sabra and Shatila refugee camps.

Like the film, this is a book that must be experienced. (To order it, click here.) Unfortunately, given recent events, it couldn't be more of the moment. When asked by a Washington Post reporter how it feels to have his film released in the U.S. "just as Israel is at war again, this time in Gaza," Folman responded,: "There is a constant conflict, you know, so it's always happening again. This film is always being updated. It is always relevant to current events." 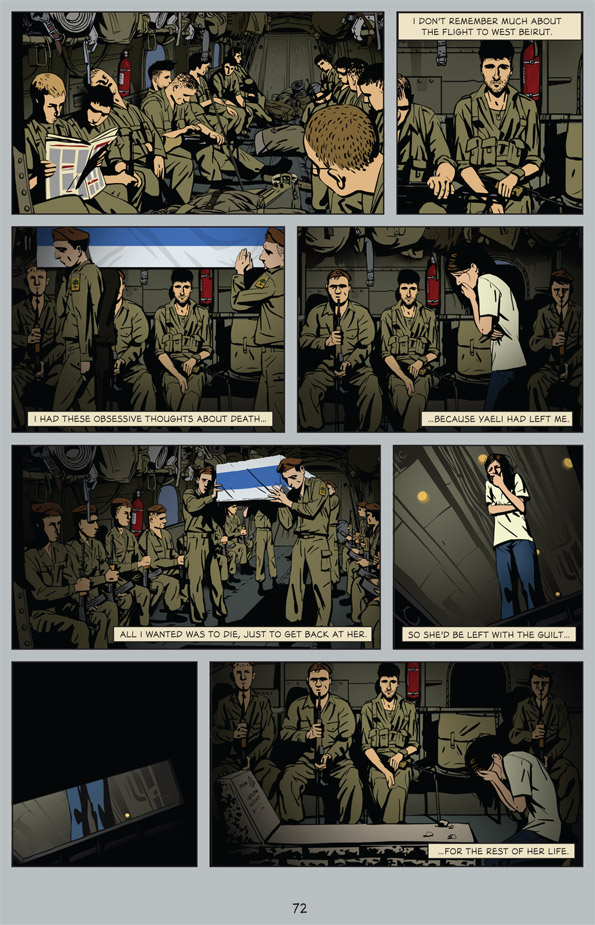 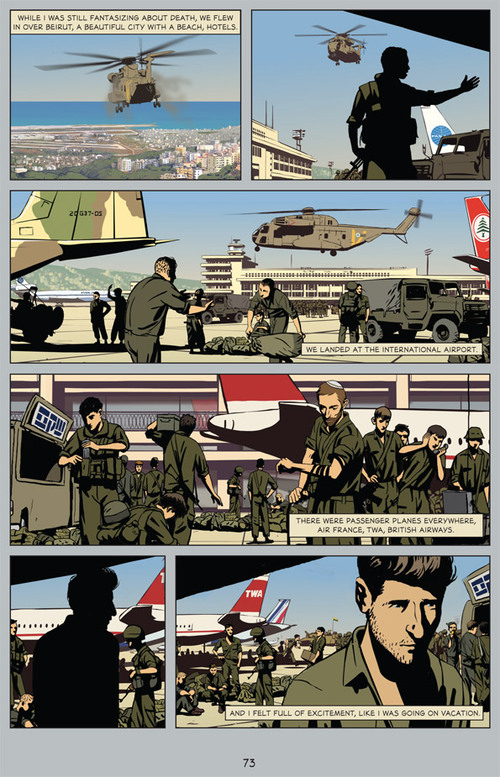