The search for a missing 19-year-old Kansas woman -- last heard from via frightful text message that said a drunken man was pestering her -- yielded few promising leads over the weekend.

"There's a creepy guy that just came up to me, and he was harassing me," Aisha wrote in a text message, according to Faiza Khan, her older sister. To get the man to back off, Khan slapped him, according to the message she sent her sister.

A contingent of volunteers and at least 30 police officers spent much of the weekend searching for the missing student, who the family believes was abducted by the unknown man that accosted her.

Khan's cell phone and backpack were found on a picnic table near campus, KMBC reports.

A Facebook group dedicated to her search describes Khan as 5 feet 2 inches tall, 120 pounds with dark brown hair, brown eyes, and glasses. There is also a Twitter feed following the search for Khan.

A $10,000 reward being offered as incentive for any information leading to Khan's safe recovery.

"We need everybody to be thinking about Aisha all of the time," said her uncle Adil Sheikh, according to The Kansas City Star. 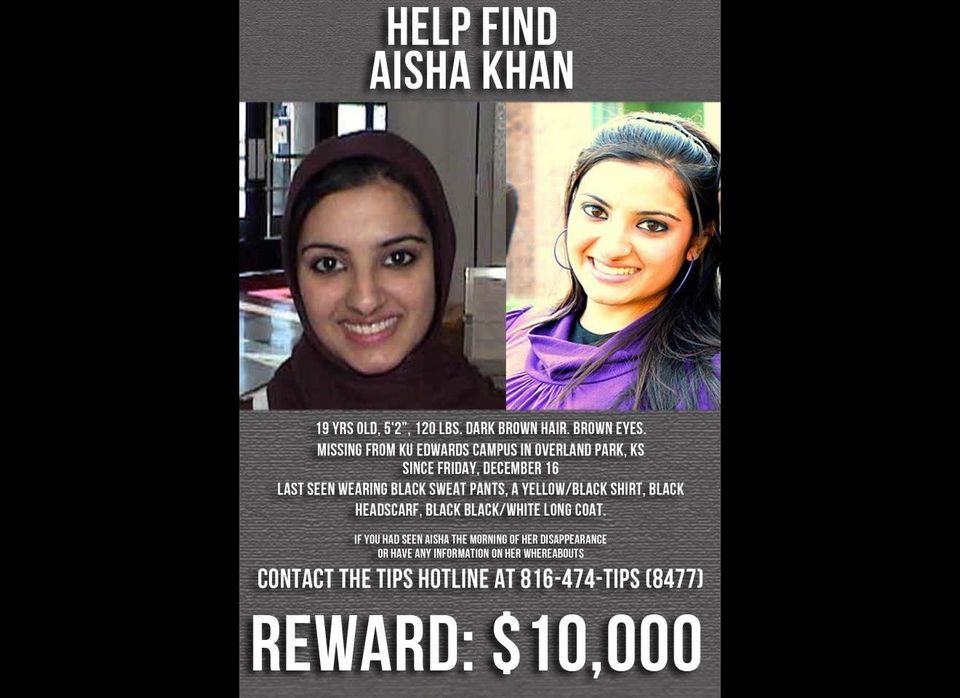