video preview of Aisha Tyler's Who Do You Think You Are? episode

Like so many, I'm delighted that Aisha Tyler (actress, comedian, host (The Talk, Whose Line Is It Anyway?), author (Swerve, Self-Inflicted Wounds), podcaster (Girl on Guy), serious gamer, and so much more) will be featured in the season premiere of Who Do You Think You Are? (TLC, Sunday, April 3 at 9/8c). She's whip smart, talented, funny, thoughtful, and gorgeous. What's not to love?

In her episode, Aisha plunges into her mother's family history, following the trail of a man whose story had been lost over generations. Along the way, she uncovers the tale of a prominent ancestor whose struggle to keep his illegitimate son secret made the newspapers, a father who actively fought against his kin's basic human rights, and the saga of her great-great-grandfather who dove headlong into controversy, taking a brave stand for his people, and leaving a mark so great that he is commemorated today by one of America's capital cities.

Happily for this fangirl, I had the opportunity to chat with Aisha about her roots-sleuthing experience. What follows is an encapsulated version of our conversation.

What was your initial reaction when approached?

I was excited about it - and curious. I honestly don't understand people who go into this experience with trepidation because I don't feel obligated or bound to the behavior of my ancestors. People are complex. They're not all bad and they're not all good. I was just curious and open-minded.

Did you have any guesses about where your journey might take you? And if so, did they pan out or did you wind up going in a completely different direction?

I guess I assumed that I was going to go to Africa! So no, I had no idea, and I had a belief that my family had originated in the Eastern seaboard, so the cities I ended up going to were a big surprise.

Your mother's side of the family is very accomplished and complex. Did you grow up with any stories or was it a bit of a mystery?

On my mother's father's side, there are really active family historians, so I heard a lot of stories including that we had ancestors who originated in Madagascar and were free men from the time they arrived, that we were related to the doctor who separated blood from plasma, and we also had a connection to Frederick Douglass. There were all these stories - a collection of pretty hot tickets! But I wasn't sure of it all, so that drove some of my curiosity. I thought, "Well, let's find out if this stuff is true." (For those who might be curious, celebrity participants are given all the research for their entire family regardless of whether it's included in their episode.) 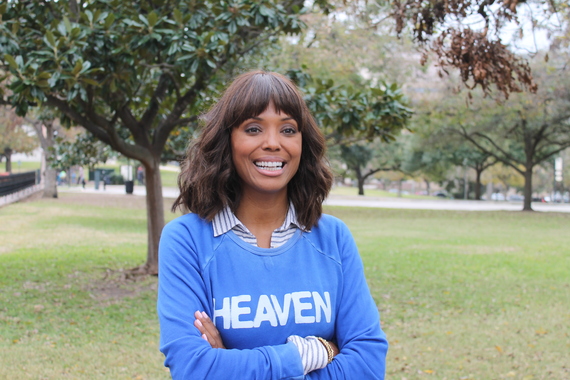 Did you find the detective aspect of genealogy appealing?

Absolutely. I feel that shooting the show was very much that experience of pulling threads and trying to deduce. They don't tell you the whole story, you've got to infer from conditions, from the context, from the times - what was going on politically or culturally in the country -- what they were experiencing. You don't know what their experience was at that time, so you've got to figure it out. What would it have been like to be a black man in (place to be revealed) at that time? So there is a lot of detective work involved and that was interesting to me.

Has your perspective of your ancestors changed as a result of your participation?

(Pausing for thought) Ahhh . . . nooo. Nothing was shocking to me, but the stuff I learned about my two times great-grandfather, I found wonderfully indicating. I thought, "Ah, maybe this is why I do some of the things I do or am excited by some of things I'm excited by." He endured a lot and accomplished a lot of extraordinary things at a very difficult time for a black man in America. I found that very exciting and energizing, and it made me more optimistic.

If you could have dinner with any one of your ancestors, which one would it be and why?

Well, my two times great-grandfather. He had a defiant personality and refused to be hamstrung. He was really bold and an adventurer and I would have loved to sit down with him.

What advice would you give to the next celebrity who's tapped on the shoulder for this?

Just be brave. I don't get when people are worried about what they're going to find out about their family. Human beings are complex and frail and brave and transcendent and terrible. They're all those things that really only affect you in as much as you let it, but I think you'll find out more about who you are and where you came from, and how that might have influenced you or not influenced you, or encourage you to either embrace the legacy of your ancestors or to reject it and change the way that you live your life. I think it's a really galvanizing experience, so just get in there and be brave. Don't be afraid to dig deep. 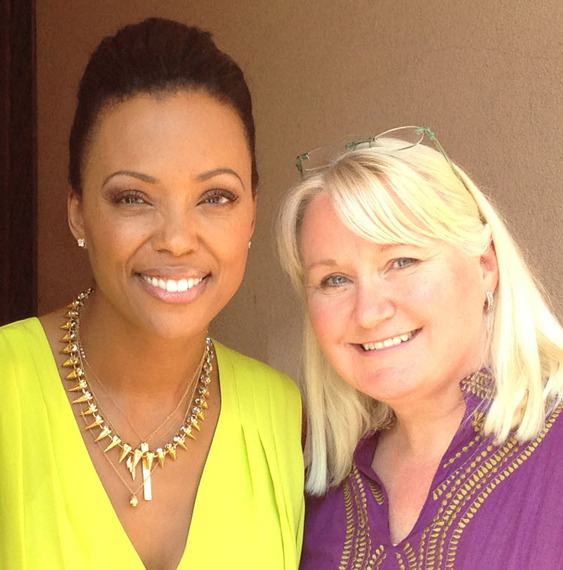 Aisha Tyler and genealogist Megan Smolenyak on a previous occasion