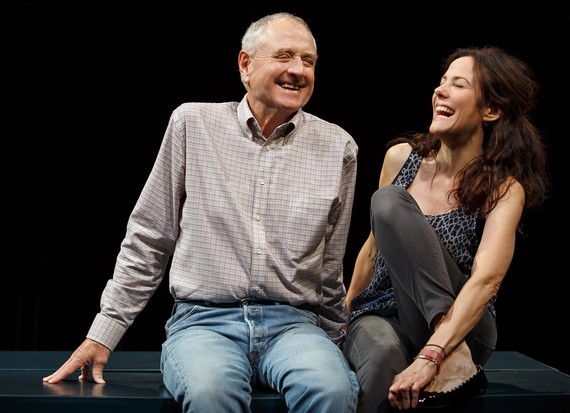 Mary-Louise Parker--who since 1990 has given unforgettable performances in such plays as Prelude to a Kiss, How I Learned to Drive and Proof--has met her match in Denis Arndt, an arrestingly strong 77-year-old actor who is only now making his Broadway debut. The pair play severely mismatched characters in Simon Stephens' Heisenberg, and they are a mismatch made in dramatic heaven. Combine Parker & Arndt with the intriguingly enigmatic script and the canny direction by Mark Brokaw, and you have another winning new play from Manhattan Theatre Club.

The pair meet accidentally in St. Pancreas Station, when Georgie (an American-in-London waitress in a fusion restaurant in Islington) mistakes Alex for someone else and kisses him on the neck. Or does she? No, she later confesses. In the second scene, in Alex's failing butcher shop--yes, this well-educated and exceedingly well-spoken septuagenarian is a butcher--Georgie confesses that she isn't really a waitress. Rather, a receptionist at a school in Clapton. Or is she? And how much does it matter?

Their accidental relationship turns into something more; but is it accidental? Georgie is surprising and delightful, but can Alex (or the audience) ever believe what she says? Is this all just a scam, so the forty-something woman can get the old man's money? But why would she think this failing butcher has money? Stephens keeps us (and Alex, I suppose) guessing. In the end, though, it seems clear that whatever Georgie's motivation might be, she needs Alex and he needs her. 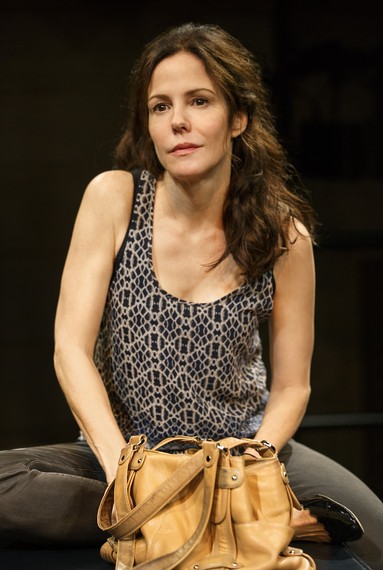 If the author's name doesn't sound familiar, it should. This is his fifth play to appear in New York; his most recent offering was the phenomenal Curious Incident of the Dog in the Night-Time, which just closed shop next door at the Barrymore. (Other plays include Harper Regan at the Atlantic, which is more along the lines of Heisenberg.) Don't let the title scare you into thinking that this is an evening of quantum mathematics. Neither the Heisenberg principle--which provides that the more precisely the position of a particle is determined, the less precisely its momentum can be known--nor old man Heisenberg (1901-76) himself are mentioned or referred to in the play. We can see, though, that no matter how precisely we might understand Georgie at any given point, we cannot know what is true or what she will do next.

Heisenberg was first mounted last May on a sliver of a stage in MTC's smallest space, with the audience seated on bleachers on either side of the room. The Friedman is a traditional proscenium house, and much larger. Brokaw and his producers have seen fit to retain the original staging by placing 200 seats on risers on stage; these are then mirrored by the orchestra and mezzanine. The scheme has worked out splendidly; while this might not be how Brokaw and his producers would have chosen to stage Heisenberg if they'd originated in a traditional theatre, the play loses none of the dynamic impact it had on 55th Street. In fact, the spare staging--the actors making due with only a couple of tables--actually enhances the fragmentary nature of the play, with the pair striving to maintain balance as if on a metaphysical seesaw.

Parker, on stage or on film, is just about always distinctive, regardless of the material she is handed. Here, actor and role are perfectly suited, giving us Parker (yet again) at her very best. Arndt is the evening's surprise, though; any group that gives awards for best debut or best newcomer next spring will have to pencil in his name, or maybe just write it in magic marker. He has been something of a fixture at the Oregon Shakespeare Festival in Ashland and at the Intiman in Seattle over the years, but he only hit New York last May for the initial Heisenberg at City Center. Watching Arndt is like watching the late Jason Robards at the peak of his career; there is a central core of stillness and calm in his performance, and thorough control. He is marvelous, and Parker--who is some 25 years younger--is marvelous as well. What joy there is in watching actors like this, in a new play like this. 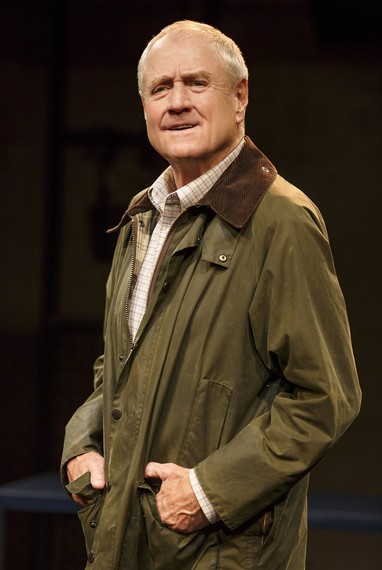 MTC is the birthplace of such plays as Doubt, Proof, Crimes of the Heart, Good People, Constellations, Love! Valour! Compassion! and The Father. Heisenberg fits right in.
.
The Manhattan Theatre Club's production of Simon Stephens' Heisenberg opened October 13, 2016 and continues through December 11, 2017 at the Samuel J. Friedman Theatre