The family of a 7-year-old who was fatally shot during a botched raid in 2010 is suing Detroit police, alleging officers lied about how she was killed as part of a cover-up.

The civil rights lawsuit was filed in federal court Wednesday by attorney Geoffrey Fieger over the death of Aiyana Stanley-Jones. It names as defendants the city, the Detroit Police Department, Joseph Weekley, Robert Rowe and about 20 other, unknown officers on the Special Response Team involved in the incident.

When the SWAT-like squad conducted the midnight raid in search of a murder suspect in May 2010, Aiyana, who was sleeping on the couch, was fatally shot. Police were looking for Chauncey Owens, who lived upstairs in a separate unit of the duplex.

Weekley was charged with involuntary manslaughter and two lesser charges in her death, but the case was dropped in January after two trials ended with deadlocked juries and a judge dismissed the manslaughter charge.

The circumstances of the shooting are unclear. A flash-bang grenade was thrown at the beginning of the raid, potentially making it difficult to see. In court, Weekley acknowledged that he shot Aiyana. He said that he was in the house and accidentally pulled the trigger when Mertilla Jones, the girl’s grandmother, grabbed his gun. She denies touching it.

The lawsuit disputes Weekley’s version of events, alleging that the grenade went through the window and struck Aiyana. Then, the suit says, police “blindly fired random shots” from outside the home, with one of the bullets fatally striking Aiyana in the neck.

Officials have said Weekley was first through the door. According to the complaint, he “rushed into the house and made physical contact [with Mertilla Jones] in an intentional cover-up conspiracy to hide what happened.”

The suit accuses Weekley and Rowe of excessive force and/or unlawful use of deadly force. It further accuses the city, police department and the unnamed supervisors of the Special Response Team with violating Aiyana's civil rights through policies and training; all defendants are accused of conspiracy:

Upon Defendants realizing that they had critically injured the seven-year-old girl, they intentionally conspired to cover-up their unlawful acts by providing false and fictitious information to the authorities and to the media regarding the shooting of Aiyana Stanley-Jones, including falsely claiming that the bullet that killed her was fired from inside the lower unit of the duplex rather than from the outside, and that the discharge of the firearm was the result of a physical struggle between Mertilla Jones, Aiyana’s grandmother and the Defendant members of the Detroit Police Special Response Team. Defendant acted in concert to cover-up the facts and circumstances of the fatal shooting of Aiyana Stanley-Jones. As soon as Defendants realize that they had entered the wrong unit of the duplex and had burned, shot and mortally wounded the innocent seven year old Aiyana StanleyJones, they mutually, either tacitly or overtly, agreed to commence a conspiracy to coverup the facts of what they had done.

A police spokeswoman declined to comment on the litigation as a matter of policy, and the city did not immediately respond to a request for comment.

The lawsuit lists Aiyana’s mother, Dominika Jones, and Erica Moore, representative of Aiyana's estate, as plaintiffs. The family requested a jury trial and is seeking $7.5 million in damages, according to the court filing.

The botched raid drew additional scrutiny to the Detroit Police Department, because it was filmed for a reality television show. A crew for the A&E show "The First 48," which follows murder investigations, caught the beginning of the raid on tape. Critics have questioned whether the filming affected how police executed the search warrant, suggesting it influenced the decision to go at night and use a flash-bang grenade.

The mayor banned the DPD from working with reality TV crews, and the police chief resigned several months later, after his own pitch for a reality show was unearthed. Producer Allison Howard was charged with obstruction of justice for showing the video from that night to Fieger, and she was sentenced to two years of probation. 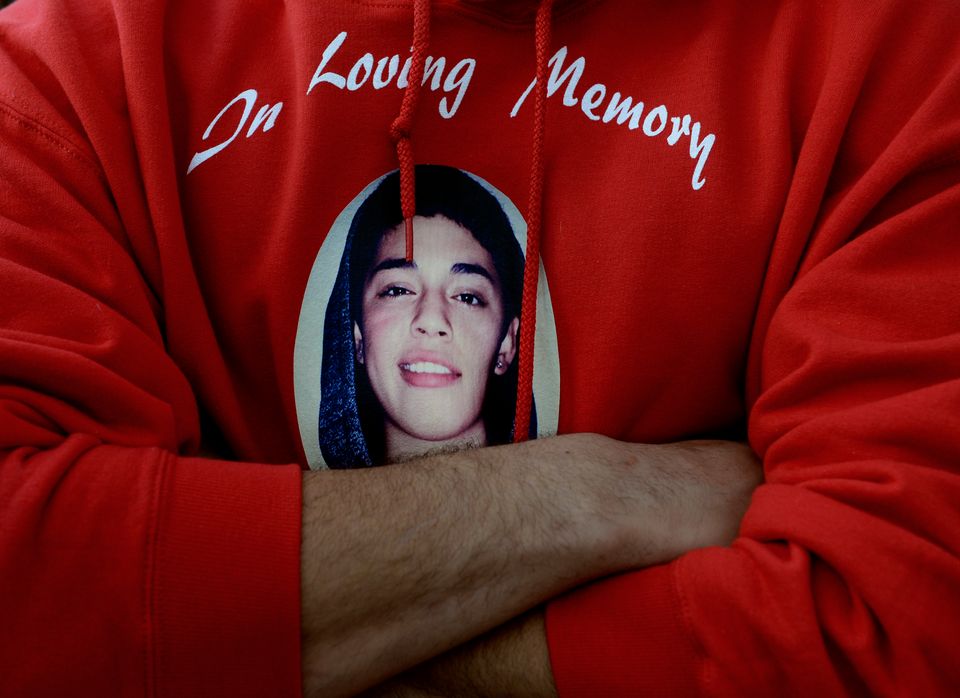 1 / 17
Jessica Hernandez Wake
AURORA, CO. - FEBRUARY 06: David Carrillo stands outside a wake for Jessica Hernandez at the Advantage Aurora Chase Chapel in Aurora, CO on February 6, 2015. The family of the 17-year-old has called for federal intervention in the investigation into their daughter's shooting death by Denver police officers. (Photo By Craig F. Walker / The Denver Post)
Craig F. Walker via Getty Images