A.J. Pero, best known as the drummer for the heavy metal band Twisted Sister, died Friday. He was 55.

Pero died of an apparent heart attack while on tour with the band Adrenaline Mob, according to the Associated Press. The drummer had reportedly been on a tour bus Friday morning when his bandmates tried unsuccessfully to rouse him. He was rushed to a hospital in Poughkeepsie, New York, where he was pronounced dead.

Pero’s Twisted Sister bandmates expressed their sorrow at their friend’s sudden death in a statement Friday:

“[Pero’s] drive was the heart and soul of the band's sound, the engine that drove us," Twisted Sister guitarist Jay Jay French told the AP. "We lost a friend and a legend." 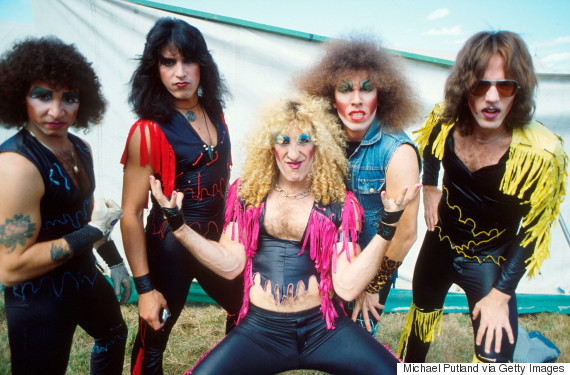 Pero joined Twisted Sister, known for their heavy metal anthems like “We’re Not Gonna Take It” and “I Wanna Rock,” in 1982, according to Variety. Pero left the band in 1986 but joined the group again in 1997.

1 / 36
Dick Van Patten
Dick Van Patten, the genial, round-faced comic actor who premiered on Broadway as a child, starred on television in its infancy and then, in middle age, found lasting fame as the patriarch on TV's "Eight is Enough," died on June 23, 2015. He was 86.
Star Max/IPx