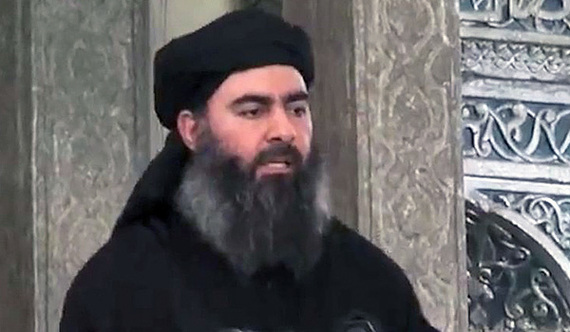 Abu Bakr al-Baghdadi has recently been reported to be in Sirte, Libya

On November 12, during a televised interview with ABC News' George Stephanopoulos, President Barack Obama famously announced that, "ISIL had been contained." Less than 24 hours later Islamic State (IS) militants from three separate cells in Paris staged a series of attacks that left 130 killed and wounded 368.

A little more than two weeks later, on December 2, Syed Rizwan Farook and his wife Tashfeen Malik, attacked a San Bernardino Department of Public Health holiday party killing 14 people and injuring another 22. Farook was an American born, U.S. citizen of Pakistani descent. His wife was a Pakistani born legal resident of the U.S. Shortly before the attack, Malik had pledged her support to Abu Bakr al-Baghdadi, the head of the Islamic State. Subsequent to the attack the FBI confirmed that the two jihadists had used a variety of jihadist websites, including ones operated by al Qaeda, Islamic State and the Somali group al-Shabaab, to design the pipe bombs they had left at the scene of their attack and to plan their operation.

These two attacks were among twenty two example of jihadist inspired violence, most of it led by Islamic State or IS affiliated groups, which occurred between October 30th and December 5th. These also included, the downing of a Russian plane over the Sinai, a bus bombing in Tunisia and the attack on a hotel in Bamako, Mali.

In the weeks that followed the Paris and San Bernardino attacks, the White House tried to "walk back" the President's comments claiming that President Obama's reference to "containment" related to the failure of the Islamic State to expand the territory it controls over the last year. In the meantime both Ash Carter, the Secretary of Defense, and General Joseph Dunford, the Chairman of the Joint Chiefs of Staff, in joint Congressional testimony on December 1, declared flatly that in fact "We have not contained ISIL".

On December 11, in what has to be seen as the final death knell to the Obama White House's tortured explanations about the meaning of "containment," Islamic State militants announced that they had captured the ancient Roman city of Sabratha in Libya, a UNESCO World Heritage site and one of the best preserved Roman archeological sites in the Mediterranean. By nightfall, they had advanced to within 30 miles of the Libyan capital of Tripoli. So much for "containment," however you wish to define it. 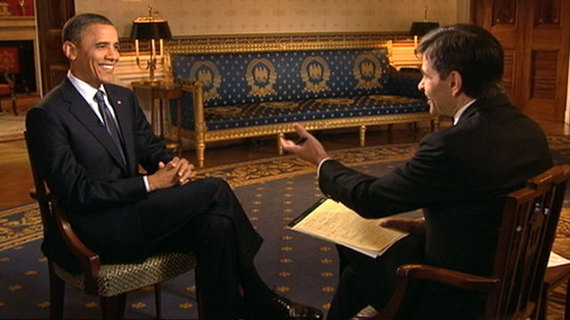 Even more alarming, however, were widespread reports, including one from FARS, the Iranian News Agency, that the leader of Islamic State, Abu Bakr al-Baghdadi, had fled Raqqa and was now in IS's Libyan stronghold of Sirte. The Islamist coalition Libya Dawn, which supports the Muslim Brotherhood led government in Tripoli, one of two rival organizations claiming to be Libya's legitimate government, also claimed in its website that al-Baghdadi had been seen in Sirte.

Since the overthrow of Libyan leader Muammar al-Gaddafi, Libya has steadily descended into a state of chaos. At the moment there are two rival governments each claiming to be Libya's legitimate government. Headquartered in Tripoli is the General National Congress led by the Muslim Brotherhood and supported by the broad Islamist coalition of Libya Dawn. That government is recognized by Qatar, Sudan and Turkey.

In Tobruk (Tubruq), on the other hand, is the rival government based on the Council of Deputies that was elected in 2014. It is led by Prime Minister Abdullah al-Thinni, whose administration is located in the nearby town of El Baida. The Tobruk government has the support of the remnants of the Libyan Army under the command of General Khalifa Haftar. That government is recognized by Egypt and the United Arab Emirates and has received air support from the Egyptian Air Force.

Although the "Tripoli government" controls more territory than its rival in "Tobruk," neither side can exert much control outside of its immediate surroundings. Most of Libya is controlled by various local militias. Among the most significant jihadist groups is the Islamist Shura Council of Benghazi Revolutionaries led by Ansar al-Sharia (Libya), which is loosely tied to the General National Congress in Tripoli, and the Islamic State's "Libyan Provinces" militia.

Ansar al-Sharia is a loose confederation of various Salafist Islamist groups. It has suffered considerable defections of its militants to Islamic State. It has retained its independence so far but it has also collaborated with Islamic State in the past. If it seems that Islamic State is gaining in Libya then it is likely that Ansar al-Sharia will throw in its lot with IS.

In addition, there is a Tuareg insurgency in Ghat that controls the desert areas in the southwest. The cities of Derna, Benghazi and Misuratha are all controlled by local militias. The Derna militia has longstanding ties to al Qaeda.

Both of the rival governments are suing in international courts to get control of Libya's 150 billion dollars in external financial assets. Most of the country's wealth and its key financial institutions are in the hands of the Tripoli government. Control of Libya's key oil industry is divided among the various militant groups. Oil exports have declined from an average of 1.6 million barrels of petroleum a day (BOPD) in 2011 to between 300 thousand to 400 thousand BOPD. It is believed that Islamic State militants directly control production of between 30 thousand and 40 thousand BOPD. 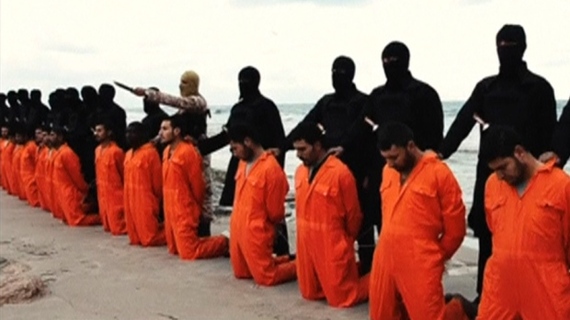 In recent months the United Nations has been attempting to negotiate a reconciliation between the two rival governments. Those talks ended without an agreement in October but have since restarted in the past few days in Tunisia. In the meantime a second effort, spearheaded by Italy and supported by the United States and the European Union, is also attempting to forge a compromise that will see the establishment of a national government. The hope among Western officials is that a national unity government would then turn to Europe and the United States and ask for support in defeating Islamic State in Libya.

Western intelligence agencies estimate that Islamic State in Libya has approximately 2,000 to 3,000 militants, with roughly half that number based in the city of Sirte. Other estimates have placed their strength as high as 5,000 fighters. As was the pattern in Syria, however, jihadists will opportunistically gravitate to whomever seems to be gaining the upper hand and can pay for their services. Currently, IS pays its militants 200 dinars, about 150 dollars, a month. Married jihadists get twice that. In addition, IS militants" get unspecified "spoils". IS has consistently paid the highest "salaries" to jihadists.

It's believed that about 70% of the Islamic State militants in Libya are foreigners, with the bulk coming from Syria, Iraq, Egypt, Sudan and Tunisia. In recent months there have been consistent reports that Islamic State has been transferring "administrators" and "military commanders" to Libya to take direct control of its militants there. Moreover, Islamic State websites in Libya have been prominently featuring the slogan that "Sirte will be no less than Raqqa," suggesting that if Raqqa falls, Sirte may become the new capital of Islamic State. 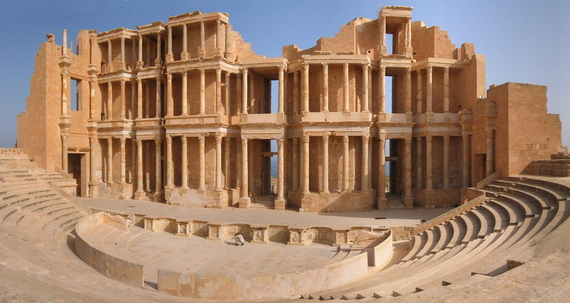 What is particularly troubling about the growing strength of Islamic State in Libya is that it underscores the organizations growing clout and sophistication. Initially, the IS affiliates outside of its core territory in Syria and Iraq were little more than loosely organized franchises. They adopted Islamic State's symbolism and media techniques and swore allegiance to al-Baghdadi and Islamic State, but they largely ran their own affairs and had little direct support or direction from Raqqa.

Increasingly over the last year, Islamic State has moved to exercise greater control over its affiliates as part of its attempt to project its power beyond its Syrian-Iraqi heartland. Its strength in North Africa is particularly worrisome, given the presence of IS affiliated groups throughout the region as well as the official links between IS and the Nigerian group Boko Haram, and with factions within the Somali al-Shabaab organization.

Islamic State's ongoing attempts to use its local affiliates to destabilize Tunisia (Okba Ibn Nafe Brigade), Algeria (Jund al-Khilafah), Morocco (Soldats du Califat au Maghreb Al-Aqsa) and Egypt (Jund al-Khilafah) could create a zone of jihadist instability along the southern shore of the Mediterranean and further aggravate Europe's refugee migrant crisis. Egypt in particular could find itself battling Islamic State jihadists in both the Sinai and along its western border with Libya. At the very least, the growth of jihadist violence in North Africa will cripple the tourist industries in Egypt and Tunisia, further aggravating their economic instability.

According to Western intelligence agencies, there are between 10,000 and 15,000 jihadists from North African countries that have participated in the Syrian and Iraqi civil wars either as members of Islamic State or the al Qaeda linked Jabhat al-Nusra. Libya supplied the biggest contingent, 3,500, followed by Tunisia, 3,000, Morocco, 1,500, and Algeria, 500 to 800. In addition, it's believed that an additional 1,500 to 2,000 European fighters of North African origins, mostly from France and Belgium, have also joined Islamic State or al-Nusra.

Libyans and Tunisians represents the largest contingent of foreign fighters that have fought in Syria and Iraq. Collectively, over half of the foreign fighters in the Islamic State are from North Africa. The large number of North African jihadists does not auger well for the future stability of the region.

The upper third of Africa, from the Mediterranean coast to the southern border of the Sahel, is becoming a hot bed of jihadist activity. The political instability of the region and an Islamic State victory in Libya could draw a significant number of North African jihadist organizations into an orbit around IS and vastly expand its influence and area of operations into a much larger version of the Islamic State in Syria and Iraq. 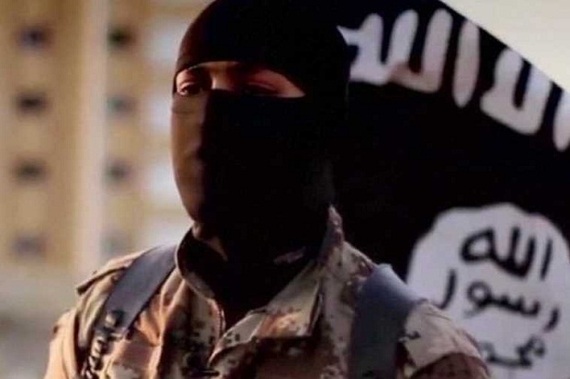 Moreover, IS's growing strength in Libya underscores how the organization is metastasizing beyond its core territory and becoming a truly global organization. As French Foreign Minister Manuel Valls told Europe 1 radio on December 11, "we have a common enemy DAESH, which we must defeat and destroy in Iraq and Syria and probably tomorrow in Libya."

France has already redeployed some 3,500 troops previously used in its Mali intervention to use as a counterinsurgency force at a base 45 miles from Libya's southern border. French President Françoise Hollande was rumored to have discussed possible Russian intervention in Libya with President Vladimir Putin when the two met in Moscow on November 26.

Finally, not only is the rise of Islamic State upending U.S. foreign policy in much of the Middle East and now North Africa, but by underscoring the absence of a coherent White House policy to deal with it and the Obama administration's continued determination to downplay the significance of Islamic State, the rise of IS is aggravating the growing perception of the lack of American leadership in the world and even more significantly aiding in the international political rehabilitation of Russia and its President Vladimir Putin following their seizure of the Crimea.

Islamic State is not being contained. It has now expanded to 35 international affiliates. It is zeroing in on North Africa in general, and on Libya in particular, in an attempt to create, on a far vaster scale, an even bigger Islamic State on the very edge of Europe's doorstep.