Yesterday I attended the symposium "Forests at Risk: Climate Change and the Future of the American West," organized by the non-profit For the Forest in Aspen, Colorado.

The educational symposium included distinguished scientists from around the United States and Canada to explore the critical connection between forest health and climate change. Al Gore, former vice president to the United States, was the keynote speaker and concluded the symposium with a call to action. "There is one choice in life we face over and over again -- the hard right or the easy wrong." 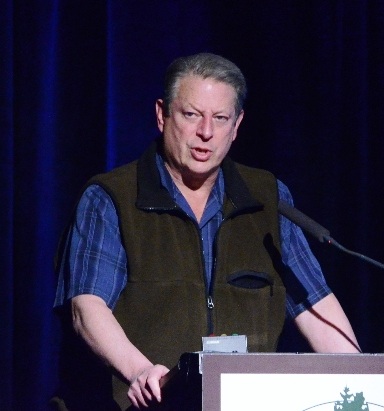 Action on climate change is hard. There is nothing easy about it. Not only do we have to replace light-bulbs and strive to eat local, but we must change entire laws and policies.

We tend to act on climate change when it effects our backyard. In Colorado, 100,000 trees are lost each day to the bark beetle epidemic and we now know that climate change is a major factor. Colder winters traditionally killed the beetle, but now the beetle is sweeping across the region. Since 1997, the Bark Beetle has destroyed 41 million acres in the west.

One solution to climate change is putting a price on carbon. Putting a price on carbon will send signals to the market that will trigger an entire new energy system. While we sit back and debate whether to tax carbon or develop a clean energy standard, many countries around the world like China, Spain, and Germany are acting right now. What is more radical? Doubling the size of carbon dioxide in the atmospher over the next few years or enacting conservative tools to reduce it?

If you focus on a clean energy policy, it is possible to achieve emissions reductions. For example, the State of Colorado has a 30% renewable energy standard. As a nation, this is very achievable, but it will take political will. Even in the worse recession, Governor Ritter proved that Colorado could create jobs in a clean energy economy. 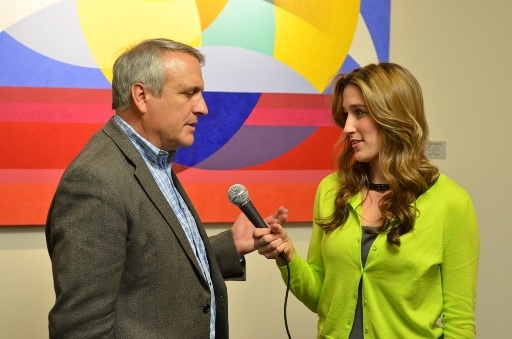 Al Gore made it clear that not only is climate change an economic, national security, and environmental issue, but a moral issue. If we want to leave a healthy and livable earth to our children, then climate change becomes a moral issue. In addition, our ability to adapt to climate change is very much a function of the wealth and standard of living around the rest of the world. Letting nature just work it out is a possibility, but millions of people around the world will pay the price. In the past year, we have seen flooding disasters in Pakistan and massive forest fires in Russia. I am personally very uncomfortable with just letting nature take its course. Human life will suffer.

As Linda Joyce, a Quantitative Ecologist for the U.S. Forest Service stated most eloquently, "Rather than thinking about climate change as a problem, may we envision this as a puzzle." We each have a piece of this puzzle to solve. Lets figure it out.