Correspondent Nazanine Moshiri of Al Jazeera has just filed this exclusive interview with M23 in eastern Congo. In it, fighters of the faction vow to fight "to the last man" if the Congolese government does not sit down with them and talk. Al Jazeera is the first news organization to go behind the lines and interview M23, breaking through the media wall of silence that has surrounded M23 since it broke with the Congolese army (FARDC) and warlord Bosco (The Terminator) Ntaganda in recent weeks.

International media did not report thirteen communiqués and press releases from M23 until Al Jazeera picked up the phone and contacted them last week. M23 has insisted that their break from FARDC was "carried out as a means to put pressure on the DRC government and push for the implementation of the 16th January 2009 (peace) agreement. It does not constitute, in any instances, a military offensive against the institutions of the Republic. It is extremely unfortunate that Government of the DRC has decided to engage in military combats instead of finding the right answers."

In other unreported information, M23 makes it very clear that they are rejecting any and all affiliation, forced or otherwise, with the warlord Ntaganda. Until now, media has failed to report that these soldiers were forced under the command of the criminal Ntaganda in a 2009 alliance between Congo and Rwanda that removed CNDP General Laurent Nkunda. 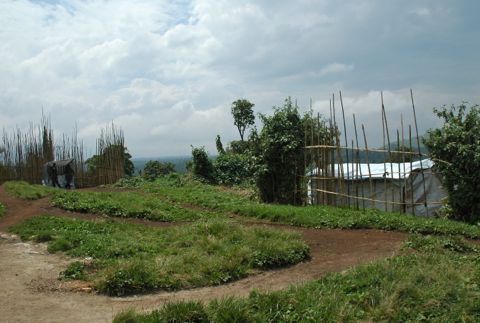 Pressure has been mounting on Congo and Rwanda to do something about Ntaganda. In April, 142 signatories petitioned Secretary of State Hillary Clinton to provide "diplomatic leadership and support to the government of the Democratic Republic of Congo to arrest Bosco Ntaganda."

Ntaganda's brutal human rights abuses over many years have affected tens of thousands of Congolese citizens in eastern Congo. His position as a high-ranking officer in the Congolese army, together with his ability to continue to perpetrate abuses is the most flagrant case of Congo's destructive culture of impunity.

Instead of helping M23 in their break with the warlord, the Congolese government has responded by relentlessly shelling M23 positions. Al Jazeera deserves credit for trying to get at the truth of the matter. It is not easy to venture into rebel territory. As Moshiri says, "These are dangerous times in eastern Congo."

Guns must be replaced with diplomacy for the sake of the civilian population.