WASHINGTON -- Alabama Gov. Robert Bentley (R) ordered the removal of four Confederate-era flags from the grounds of the state Capitol Wednesday morning, saying it was simply "the right thing to do."

The flags were part of a confederate memorial at the Capitol in Montgomery. Two state workers came out Wednesday morning and "with no fanfare quickly and quietly" took down the first of the four, the battle flag, according to AL.com.

About 90 minutes later, workers came out and removed the three other Confederate flags that were part of the memorial.

Yasamie August, Bentley's press secretary, confirmed to The Huffington Post that the flags have been permanently removed. 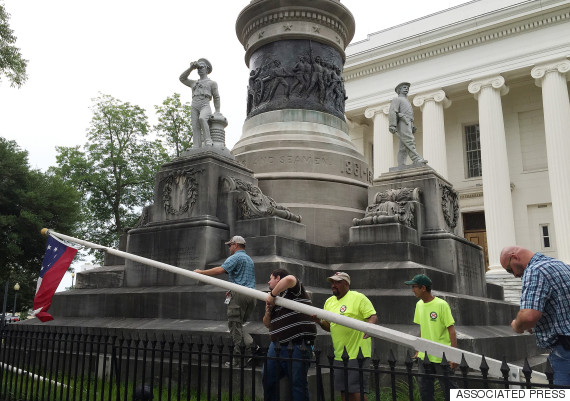 Bentley told AL.com his decision to take down the flags was, in part, a response to last week's massacre of nine African-Americans in a historic black church in Charleston, South Carolina. Dylann Storm Roof, the accused shooter, was a racist who proudly displayed the Confederate flag. The incident has sparked renewed criticism of Confederate tributes across the South.

"Yes, partially this is about that," Bentley said. "This is the right thing to do. We are facing some major issues in this state regarding the budget and other matters that we need to deal with. This had the potential to become a major distraction as we go forward. I have taxes to raise, we have work to do. And it was my decision that the flag needed to come down." 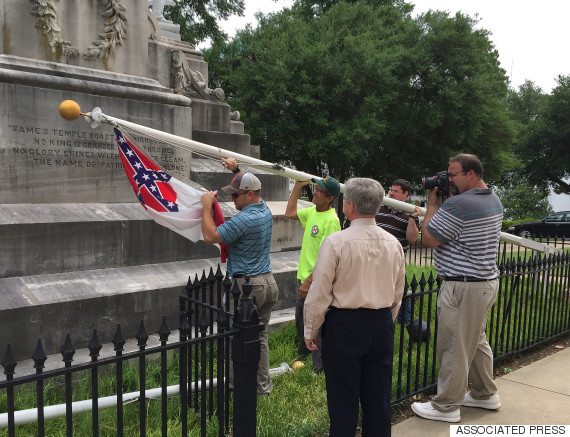 South Carolina Gov. Nikki Haley (R) has called on her state's legislature to remove the Confederate flag from state grounds. The move would require two-thirds of both chambers to vote in favor.