Dozens of tornadoes devastated the South in a massive storm system that has reduced neighborhoods to rubble and killed at least 337 people across 7 states, the AP reports.

The twister outbreak is the second deadliest in U.S. history. The largest death toll ever was on March 18, 1925, when 747 people were killed from storms in Missouri, Illinois and Indiana.

Preliminary government estimates say that there were more tornadoes in a single day during the outbreak than ever recorded in history. Of the 312 twisters that were spawned, 226 occurred within a 24-hour period.

Countless videos have surfaced of the disasters, including a harrowing look at a massive tornado in Tuscaloosa, Alabama and an up-close encounter with a twister in Philadelphia, Missouri.

The photos below show the aftermath of the destructive storms in Alabama, which has been hit the hardest by the deadly tornado outbreak, as well as other states across the South.

CLICK HERE to see how you can help relief efforts across the South.
(This post has been updated to reflect the increased death toll.) 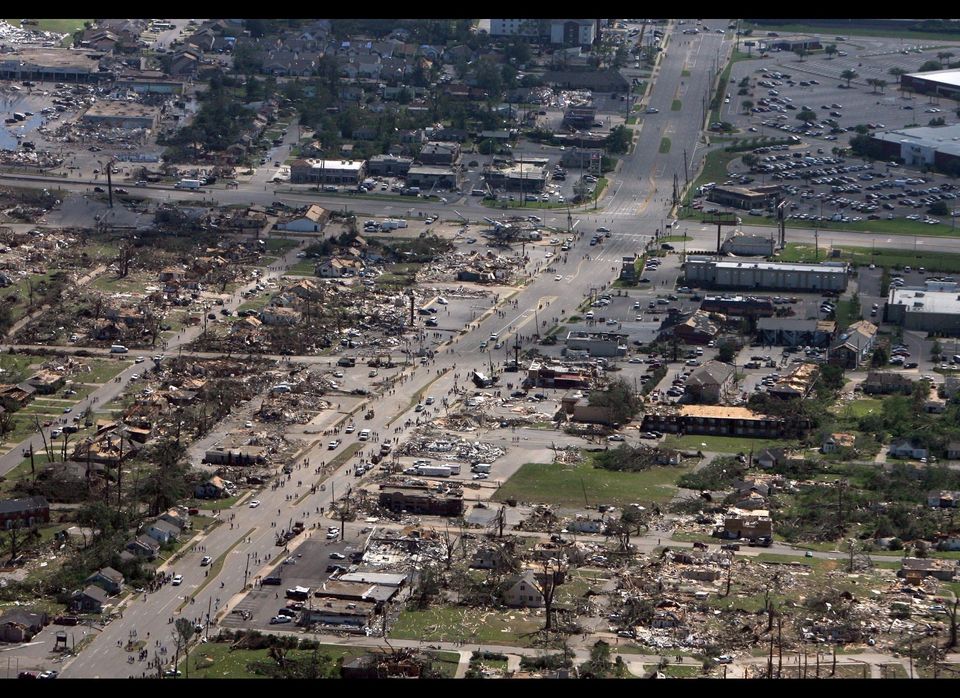 1 / 107
Severe Weather Alabama
This aerial photo shows the devastation of the Cedar Crest and Forest Lake neighborhoods in Tuscaloosa, Ala. on Thursday, April 28, 2011. A powerful and deadly tornado cut through Tuscaloosa Wednesday evening. President Barack Obama said he would visit Alabama Friday to view damage and meet with the governor and families devastated by the storms. Obama has already expressed condolences by phone to Gov. Robert Bentley and approved his request for emergency federal assistance. (AP Photo/The Tuscaloosa News, Dusty Compton)
AP