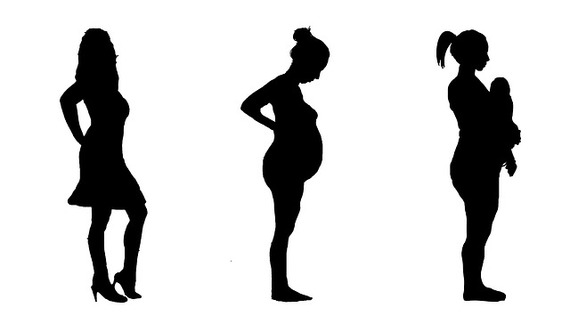 On September 23, Alternet published an article by Nina Martin synthesising data from a ProPublica - AL.Com investigation into how an Alabama methamphetamine war law was being used against women who used drugs - even benign ones - during pregnancy.

Passed in 2006 in response to growing panic over methamphetamine, Alabama's Chemical Endangerment of Exposing a Child to an Environment in Which Controlled Substances are Produced or Distributed Act was intended to prosecute individuals who exposed children to dangerous chemicals and fumes while preparing meth. Violation is punishable with up to 10 years for mere exposure, 10-20 years for harm, and 10-99 for death. According to Martin:

Within months, prosecutors and courts began applying the law to women who exposed their embryo or fetus to controlled substances in utero. A woman can be charged with chemical endangerment from the earliest weeks of pregnancy, even if her baby is born perfectly healthy, even if her goal was to protect her baby from greater harm.

The criminalization of drug use during pregnancy as "fetal endangerment" is not a new revelation. The Center for Reproductive Rights released one the first whitepapers on the issue in early 2000, and a 2013 study by the National Advocates for Pregnant Women found that since Roe v. Wade passed, at least 45 states had prosecuted women for drug use during pregnancy.

But the extent to which pregnant women are being criminalized for drug use is: ProPublica found that 479 women have been charged for drug use during pregnancy under Alabama's Chemical Endangerment Act since 2006. Prior reports have largely been anecdotal, the two mentioned above identifying 200-300 cases of women being charged for fetal endangerment through drug use nationally. The ProPublica study identifies nearly twice those national numbers in a single state.

The ProPublica study also revealed class profiling, rampant inconsistency in how the law was applied between counties, and charges filed against women using medication they were prescribed:

While seemingly a fringe issue, the criminalization of drug use during pregnancy is an important intersection - where the war on women meets the war on drugs. On the one hand, laws that extend child neglect and abuse laws to "fetal endangerment" are a serious affront to Roe v. Wade. As a 1995 Arizona appellate court ruling cited by the Center for Reproductive Rights explained:

Many types of prenatal conduct can harm a fetus, causing physical or mental abnormalities in a newborn. For example, medical researchers have stated that smoking during pregnancy may cause, among other problems, low birth weight, which is a major factor in infant mortality. Drinking alcoholic beverages during pregnancy can lead to fetal alcohol syndrome...

A pregnant woman's failure to obtain prenatal care or proper nutrition also can affect the status of the newborn child. Poor nutrition can cause a variety of birth defects...

Allowing the state to define the crime of child abuse according to the health or condition of the newborn child would subject many mothers to criminal liability for engaging in all sorts of legal or illegal activities during pregnancy. We cannot, consistent with the dictates of due process, read the statute that broadly.

On the other, drug screenings without patient knowledge or consent have turned prenatal care (especially in inner-city and low-income clinics) into a kind of "stop-and-frisk" checkpoint for legal and illicit substances in pregnant women's blood and urine - something that not only violates medical ethics but also prevents pregnant women who use drugs from seeking medical care.

In 2000, as the crack wars waned, laws criminalizing pregnant women for "fetal endangerment" through drug use were criticized by the American Medical Association, the American Nurses Association, the American Public Health Association, and dozens of other major medical and public advocacy groups. They have even been condemned as potentially compelling women who use drugs to abort pregnancies rather than facing criminal charges. Yet even as the war on drugs wanes, the war on drugs in pregnant women continues to grow, Martin says:

As a new drug panic over opiates and "oxytots" spreads through the South and Midwest, and other states contemplate their own chemical endangerment-like statutes (Tennessee passed one last year; this past spring, eight legislatures introduced bills), the Alabama example holds lessons about the kinds of inequities and overreach that can result, said NAPW's director of legal advocacy, Sara Ainsworth.

"Alabama isn't an aberration," she said. "It's a bellwether."