French chef Alain Ducasse knows a lot about stars. He's become famous around the world for opening restaurants from Monaco to Hong Kong that have been showered with three-star ratings by the Michelin Red Guide. But Ducasse has also been serving food to a group of people who know a lot more about stars than he even does: astronauts.

For the past couple of years, Ducasse and his team of chefs have been creating gourmet meals for consumption on the International Space Station. The dishes they make for NASA are a far cry from the chalky freeze-dried ice cream that most people associate with space food: served only on special occasions, they feature ingredients, like squab, celery root and Breton lobster, that wouldn't be out of place in any of Ducasse's earthbound restaurants. 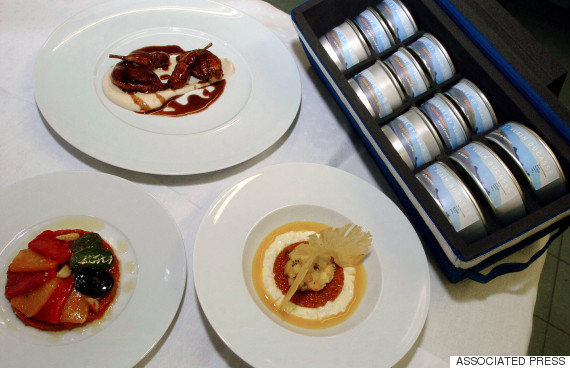 In an interview this week with The Telegraph, Ducasse described the space food as more of an experiment than a profit center. He's long been interested in the problem of what people will eat in space; he started developing recipes for future Mars missions back in 2005.

"We don’t make any money out of it, but it’s very important to know if we can do it," Ducasse said.

As you'd expect, the process involved in getting Ducasse's food to space is a lot more complicated than sending it out to a table at one of his restaurants. All the food has to be carefully developed to be sterile and nutritious enough to be appropriate for astronauts, certified by each participating country's space exploration program, and packed in both vacuum-sealed pouches and special tins that keep it tasty and safe to eat until a special occasion calls for it. And all that's before the food is even sent the 250-or-so miles above the earth's surface to the International Space Station -- a very difficult journey indeed. 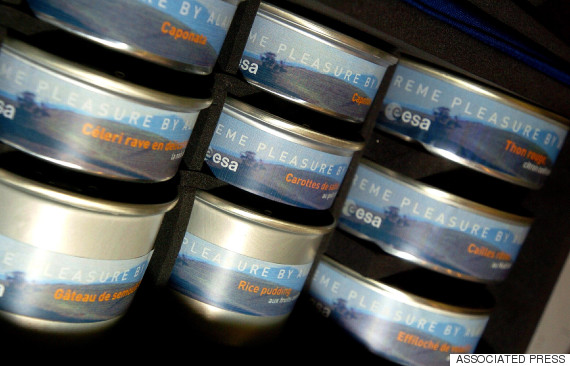