Only 12 individuals from Earth have been fortunate enough to actually walk on the surface of another world ― specifically, our moon.

Lunar module pilot Bean, now 85, became the fourth man to set foot on the moon, and he continued with the space program as a spacecraft commander on the 59-day Skylab Mission II, in 1973. He was later named backup commander for the 1975 joint American-Russian Apollo-Soyuz test flight.

When Bean retired from NASA in 1981, he became an excellent artist who paints the experiences of fellow astronaut-moonwalkers.

Bean’s spacefaring experiences have given him plenty of time to think about the question of whether earthlings are alone in the universe, and specifically, whether aliens have discovered us.

“I do not believe that anyone from outer space has ever visited the Earth,” Bean told the Australian news site news.com.au. “One of the reasons I don’t believe they have been here is that civilizations that are more advanced are more altruistic and friendly ― like Earth, which is better than it used to be ― so they would have landed and said, ‘We come in peace and we know from our studies you have cancer that kills people, we solved that problem 50 years ago, here’s the gadget we put on a person’s chest that will cure it, we will show you how to make it.’

“Just like someday, say, 1,000 years from now, when we can go to another star and see a planet, that’s what we would do, because we will know how to cure cancer, cure birth defects, so we would teach them.”

Bean doesn’t think that we’re alone in the vast expanse of planets.

“There’s so many billions of stars, and these stars have planets around them, so there must be statistically many planets around many stars that have formed life,” he said.

But this raises the question of how Bean could assume that, if aliens have landed here, they would automatically offer to help with our problems. We can’t simply expect an extraterrestrial species to think the way we do, or to understand our thoughts and motivations. And why would he presume that when we are eventually able to travel to other planets, we would go out of our way to help aliens we may find with their problems?

Bean has obviously never heard of the United Federation of Planets prime directive, which forbids Starfleet explorers from interfering with any ET cultures.

Seriously, let’s be fair. Bean was a very accomplished astronaut and is certainly entitled to his opinion. And so is another, well-known astronaut.

In 2009, Apollo 14 moonwalker Edgar Mitchell spoke at a National Press Club news conference about UFOs and the possibility that Earth has been visited by extraterrestrials.

”I don’t have firsthand experience with the ET effort, except the fact that I know there is no doubt we are being visited and I’m suggesting it is now time to put away this embargo of truth about the alien presence, and I call upon our government to open up,” Mitchell told the media.

A year earlier, Mitchell, who died in 2016, appeared on a British radio show, where he proclaimed he was “privileged enough to be in on the fact that we have been visited on this planet and the UFO phenomenon is real, although it’s been covered up by our governments for the last 60 years or so. There’s more nonsense out there about this than there is real knowledge. I have been deeply involved in certain committees and research programs with very credible scientists and intelligence people that do know the real inside story, and I am not hesitant to talk about it.”

Mitchell was an Apollo astronaut whose opinion on whether aliens have been to Earth was the complete opposite of Bean’s. He showed the importance of keeping an open mind about what’s real and what isn’t.

Just because an accomplished astronaut makes a claim about a controversial issue like UFOs or aliens doesn’t make it the truth. 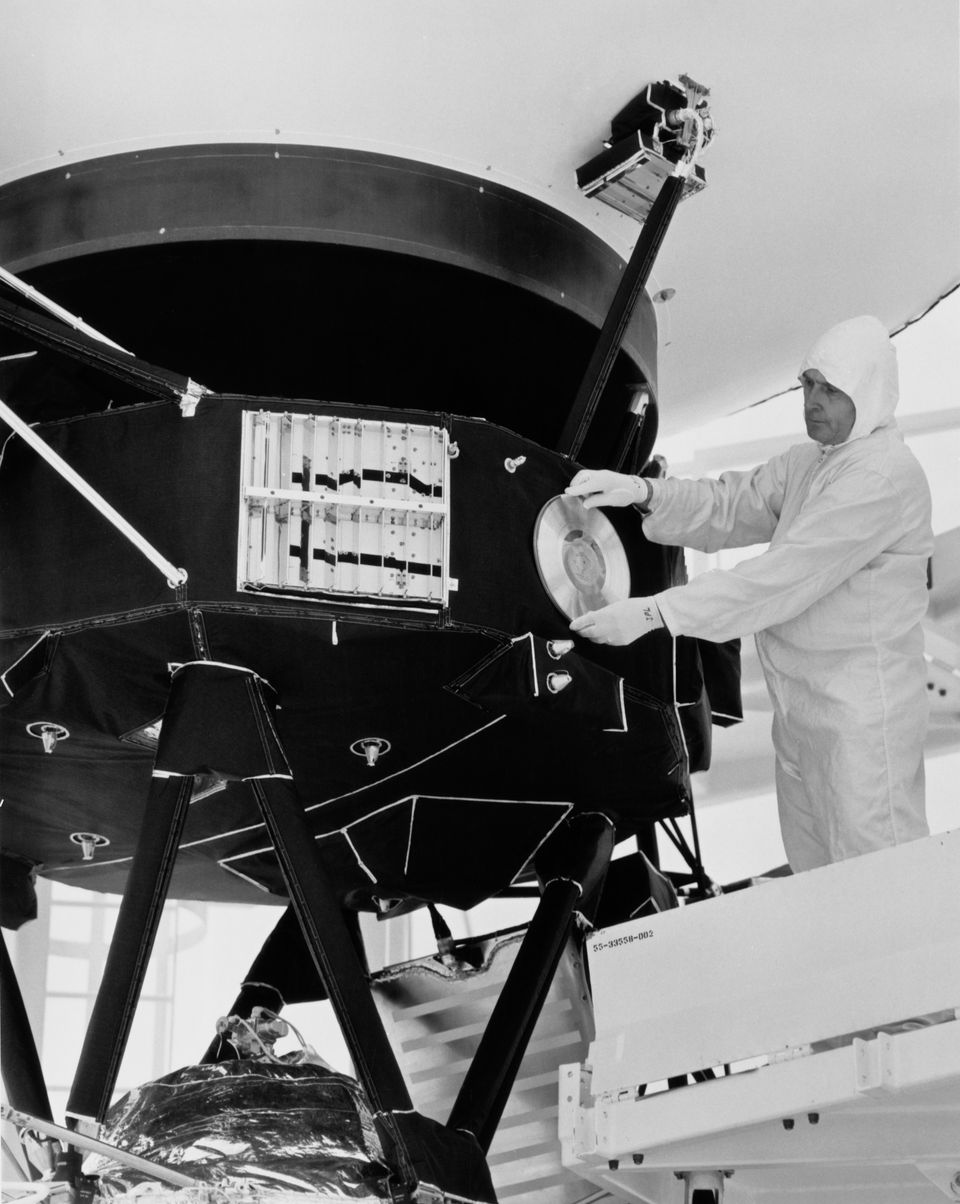 1 / 6
A technician attaches a gold record to a Voyager space probe, circa 1977. Voyager 1 and its identical sister craft, Voyager 2, were launched in 1977 to study the outer solar system and eventually interstellar space. The record, entitled 'The Sounds Of Earth' contains a selection of recordings of life and culture on Earth. The cover contains instructions for any extraterrestrial beings wishing to play the record.&nbsp;
Space Frontiers via Getty Images