Rep. Alan Grayson (D-Fla.) used an image of a burning cross in an email slamming the tea party, comparing groups involved in the movement to the Ku Klux Klan.

Grayson first made the comparison between the tea party and the KKK in an interview with MSNBC's Al Sharpton on Oct. 17.

See an image of the email below, via Dave Levinthal: 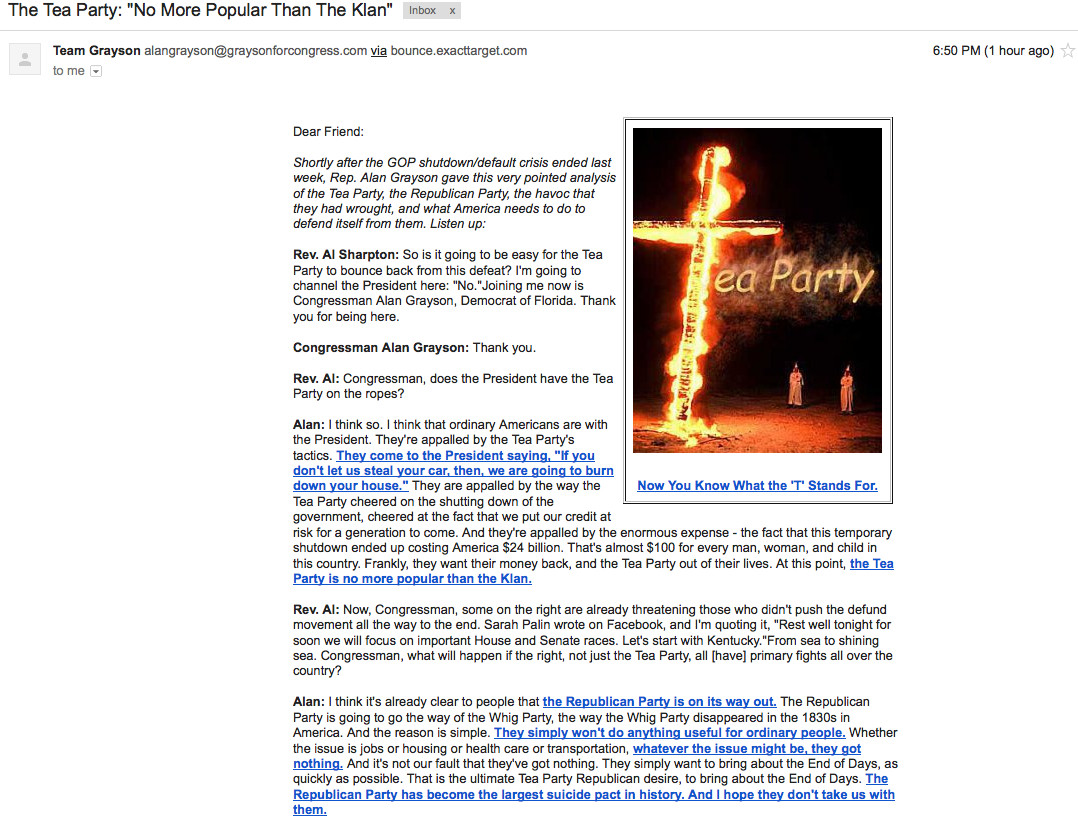 "As a black Tea Party activist, I could say that there's nothing more offensive than equating the Tea Party with the Ku Klux Klan," Burke said in a statement. "The hate speech uttered by sitting congressman Alan Grayson is deplorable, even by the low levels reached in recent years when Democrats routinely call us racists and suicide bombers."