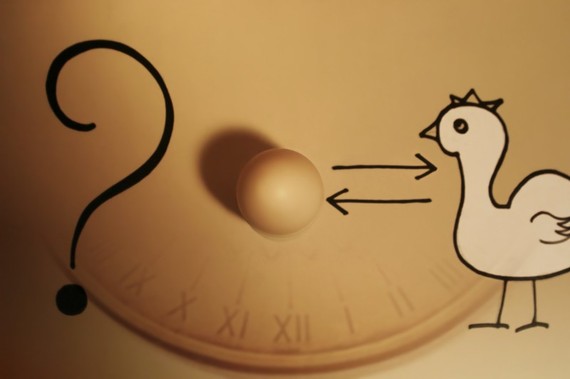 Mr. Greenspan calls it "secular stagnation." He recently is quoted as saying his greatest economic concern right now is the stagnation of the real estate industry. He also says that it's both residential and commercial real estate in his opinion.

His figures point to a rather dramatic situation. He tells us that before the crash, construction of buildings with a lifespan of 20-plus years was about 8% of our economy. It's now down by half, to around 4% of GDP (gross domestic product). It's hard to find a positive side to a decrease by half of such an important component of our economic health.

Even with the recent uptick in new home construction, it's still far below pre-2006 levels. Mr. Greenspan's concern hinges on observation of past recession recoveries. He says that since World War II, America has experienced 10 recessions. In every one of those recessions, the primary driver in the recovery was construction of residential and commercial construction.

How much faith you want to put in Mr. Greenspan's opinions is up to you. Do remember though that it was in 2005 that he was warning us about "froth" in real estate markets and pricing. Of course, the boom kept driving upward into 2006, but the crash that followed was more dramatic than he anticipated or warned us about.

Mortgage statistics seem to be indicating there is reason for continued concern. While rates took a downturn recently, overall application activity for new loans dropped by 1.9%. Though refinance applications rose by around 4%, new mortgages for purchases dropped by approximately 8%. Clearly there isn't a major surge of buyers back into the market.

It seems to be a bit of the "chicken or egg" thing. Which comes first, a better housing market to help the economy, or a better economy to bring back home buyers? While both are happening at the same time, it's going to take greater consumer confidence in the economy before they flock back to the housing market.

A good start is the current surge in new home construction permits and starts. Though builders may argue the point, the fact that they are stressed out due to a shortage of skilled construction workers is a good thing as well. The demand is going to bring back many of those skilled workers who left, and there will be a growing interest in the high wages on the part of new entries into the blue collar workforce.

They'll make good money, and they'll spend it, and the cycle will gradually move the consumer sentiment needle to the good side. The saying that "it's the economy stupid," is not a bad one. It's just trying to figure out if we're trying to hatch an egg or get a chicken to lay one for us.