Former Sen. Alan Simpson (R-Wyo.) lashed out at members of his party on Sunday, slamming them for their unwillingness to compromise on proposed tax increases.

In his characteristically colorful style, Simpson told CNN's Fareed Zakaria that Republicans' rigid opposition to new tax revenues has hampered productivity and diminished the chances of reaching an agreement with Democrats on debt reduction.

The former senator, along with debt commission co-chair Erskine Bowles, developed a plan in 2010 for bringing down the top tax rate and lowering the deficit by repealing a number of tax cuts and credits. The initial plan, commonly known as Simpson-Bowles, was mostly ignored by lawmakers. A bipartisan budget modeled after their report was rejected by the House earlier this year.

During the interview Sunday, he expressed frustration with his party's focus on social issues, as well as the ability of outspoken figures like Americans for Tax Reform head Grover Norquist to drive the conversation.

"I guess I'm known as a RINO now, which means a Republican in name only, because, I guess, of social views, perhaps, or common sense would be another one, which seems to escape members of our party," Simpson said. "For heaven’s sake, you have Grover Norquist wandering the earth in his white robes saying that if you raise taxes one penny, he’ll defeat you. He can’t murder you. He can’t burn your house. The only thing he can do to you, as an elected official, is defeat you for reelection. And if that means more to you than your country when we need patriots to come out in a situation when we’re in extremity, you shouldn’t even be in Congress." 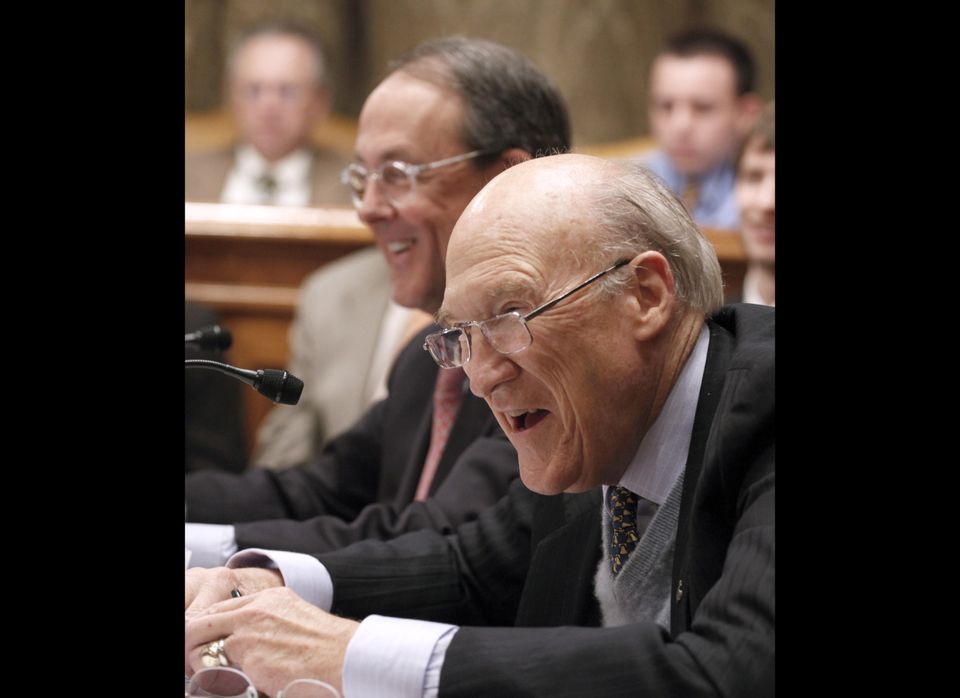