Alan Turing is remembered mostly for his work in computer science--and for cracking Nazi Germany's Enigma code. But the English mathematician also wrote a key biology paper in which he put forth an explanation for morphogenesis. That's the process by which identical cells in a developing organism differentiate into the various cells that make up the organism's adult form.

Now, 60 years after his suicide, scientists at Brandeis University and the University of Pittsburgh have published a study offering experimental evidence confirming Turing's theory.

Turing was the first to offer a chemical explanation of morphogenesis, study co-author Dr. Seth Fraden, a professor of physics at Brandeis, told The Huffington Post in an email. Turing theorized that cells change shape because chemicals in an embryo react with each other and diffuse across space, according to a written statement released by the University of Pittsburgh. He predicted six different patterns of morphogenesis that could arise from his model.

To test Turing's theory, Fraden and his collaborators created rings of synthetic, cell-like structures. Then Dr. G. Bard Ermentrout, a professor of computational biology and of mathematics at Pitt, used computational tools to analyze the results. 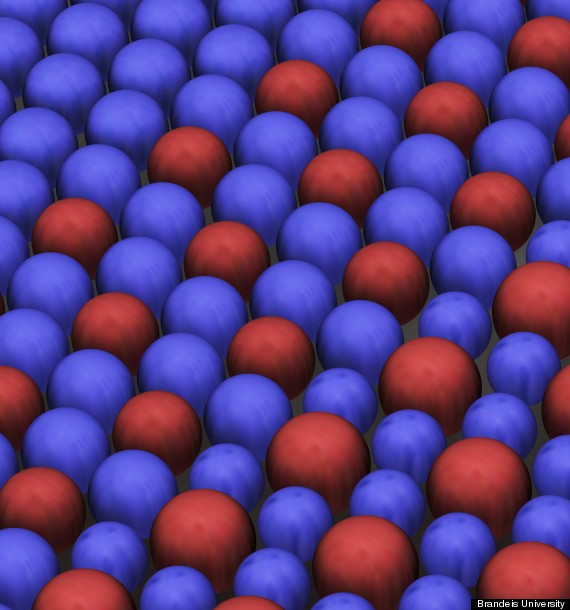 What happened? The researchers observed all six patterns predicted by Turing, plus a seventh that he didn't predict, according to the statement. In addition, the researchers noticed that the once identical cell-like structures started to change in size.

Turing's theory helps explains all sorts of biological phenomena, from the pigmentation of seashells to the shapes of flowers and leaves and even the geometric structures seen in drug-induced hallucinations, according to Ermentrout.

A paper describing the new research was published March 10 in Proceedings of the National Academy of Sciences.